Simon Görtzen knows his role, and he plays it very well.

You know him as the Champion. The former chess standout who made his professional Magic debut in 2003 and the Pro Tour San Diego 2010 winner. The competitor so fearless that after starting that event 1-2 and then finding himself one loss away from not even making Day Two, he instead won eight elimination matches in a row to make the Top 8. Once there, he proceeded to end the storybook run of Luis Scott-Vargas in the semifinals, who to that point was an unprecedented 17-0 in the tournament. The German was undaunted—he said before the Top 8 he wanted to take on the living legend—and then he beat him anyway. Görtzen went on to beat Kyle Boggemes in the finals and just like that, he found himself atop the Magic world. 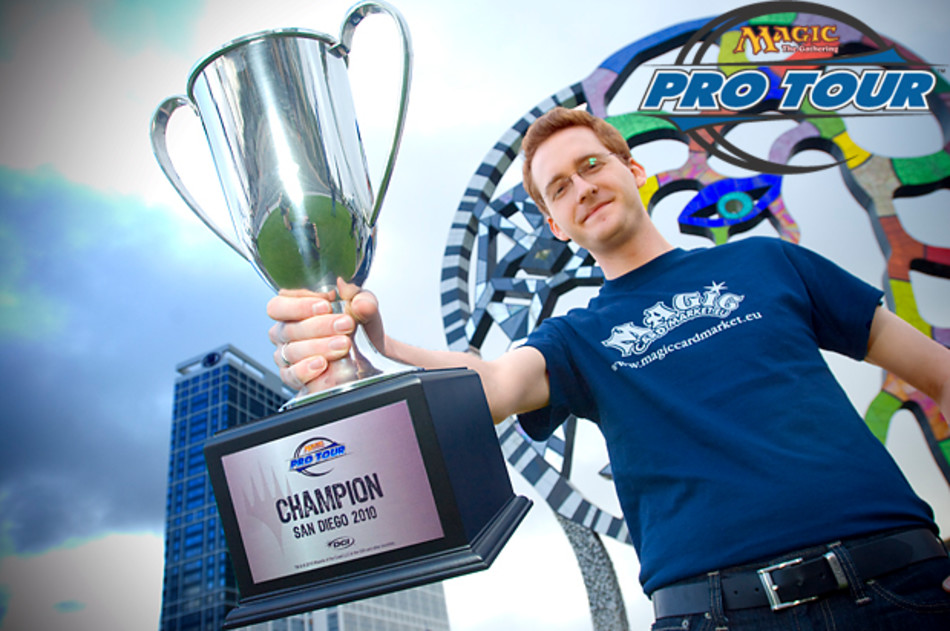 Görtzen surprised the Magic world when he took home the Pro Tour San Diego trophy in 2010.

You know him as the stoic professional who grounds the Mythic Championship broadcast alongside his excitable and animated booth partner Riley Knight. Knight does boisterous and attention-grabbing; Görtzen does soft-spoken and reserved, adding depth and quiet professionalism to the broadcast. He's the one who helps the rest of us understand the metagame, and just how Mono-Red matches up against Esper Midrange.

Görtzen shocked the Magic world when the won the Pro Tour, upsetting one of the best players in history along the way. He shocked the world when he left the top of the game to join the coverage team. He shocked one more time when he announced his retirement from coverage and then promptly qualified for Mythic Championship III by making the Top 16 of the MTG Arena MCQ.

Görtzen has accomplished everything and more in Magic. But trophies aren't all that they seem, and neither is he.


"A rebel with a cause." That's how Görtzen describes himself almost a decade after his Pro Tour title. Maybe not the word you'd first associate with the man who has spent years presenting straightforward statistical metagame data, but Görtzen is full of surprises. He knows how people see him, and he's ready to set the record straight in Las Vegas.

"They see the straight man, the persona I put on when I'm in the booth with Riley, but there's a lot that they don't see," Görtzen explained. "I want to show there's a bit more to me than the caster."

The Simon Görtzen who shows up at the Mythic Championship won't be the stone-faced commentator who can't break character, and he admits it will be nice to take a break from that role. Instead, we will have the Simon Görtzen you definitely don't know.

Not many know that Pro Tour San Diego almost never happened for Görtzen. He was qualified by ranking but wasn't planning on attending and was ready to throw in the towel on chasing the pro dream. But a friend who was also qualified convinced Görtzen to accompany him, and the rest is history.

Even fewer know of the struggle that followed winning that Pro Tour. Every competitor strives to win the biggest events, but by simple math very few ever do, including the best players in the world. That meant there were very few people who could understand the particular sorrow that comes from reaching the top of the mountain and having nowhere to go but down.

"I gave it all I had, and I achieved more than I ever thought I could," Görtzen said. "I dreamed of that win for years, and then I did it, all while doing my PhD. Suddenly I had that giant check and trophy and money in my bank account, and I didn't know what to do with it. When you envision something as your goal and then you reach it without expecting to—and how could I ever expect to win a Pro Tour—it does leave some kind of emptiness in how you define yourself and your future."

Having achieved all he had set out to achieve, Görtzen was ready for a new challenge. And he found it in joining the European Grand Prix video coverage team, a job that sometimes meant he and the rest of the crew had to figure out as they went along, pioneering something that had never been done before. The move reignited his passion and offered him a second career in Magic.

"I was so grateful to be one of the founding members of European GP [video] coverage," he said. "It was awesome because I thought I still had things to give, to teach and to say. I still enjoyed the community. When I started coverage, I knew that I was going to go to bed knowing my value wasn't tied to some arbitrary win-loss statistic, because I drew value from what I'm giving to the competitors and the viewers."

Providing coverage for the first time was an adventure that included plenty of learning moments but certainly yielded its share of entertaining moments in the booth for a certain dynamic duo.

While he readily admits the job was challenging and often frustrating for reasons beyond his control, Görtzen remains unfalteringly proud of the work done by the team over the years. Coverage priorities have shifted from these events, and Görtzen will miss them.

"My colleagues and I did a tremendous job every time we were on duty," he said. "We made those events matter. We made the decisions and the stories of these players matter.

"And that's what no one sees about me. I care very deeply and I'm not afraid to voice things if I think they need voicing. I'm a rebel with a cause."

As the competitive landscape changed—at times in ways he disagreed with—Görtzen announced his decision to move on from coverage and found himself in need of a new challenge. It wasn't long before he saw another avenue open: MTG Arena. He made a run at qualifying for the Mythic Invitational but fell out of the race in the final days. But when it was announced that players could qualify for the Mythic Championship via MTG Arena, he was hooked. Görtzen didn't expect much from the MCQ, but he sleeved up a then-new Casualties of War brew and as he kept winning, he kept progressing deeper and deeper into the tournament—along the way explaining to visiting in-laws why he wasn't available for dinner—and by the end of the weekend Görtzen was headed back to the Mythic Championship.

And this one will be different than any before it.

"I am a very thoughtful and reserved person most of the time, but I've never gone to an event with the goal of having a great time; I went with the goal of winning the most matches of Magic possible," he explained. "This event is on the level of the World Championship in terms of the quality of player, and it's different because I'm approaching it as a one-time event. I own my own business and I work more than I should already; I'm not staying up at night envisioning my life in the MPL. I'm a little bit too old and grumpy for that. My wife, Claudia, will join me for the second week in Vegas. We will meet friends and hang out and I will play in a tournament I only expect to play on Friday."

That may come as another shock from the famously competitive Görtzen, but he harbors no illusions about his odds in a stacked tournament field full of Magic Pro League members in which just twelve of the 64 Day One competitors will advance. But while he may be realistic about his chances, he's ready to remind everyone why he's a champion.

"Underestimating me is a bad idea," he declared. "I won't be as prepared as some of these guys will be, but you're looking at somebody with 25 years of competitive experience in chess, bridge, board games, and Magic. I still possess the qualities that brought me the Pro Tour trophy. It's extremely satisfying that I managed to qualify right after quitting coverage, because they say that those who can't play commentate, so I hope that after this that isn't a topic anymore. And I qualified from a field of 3,000–4,000 people. This was already a crucible for me, and this just the next step." 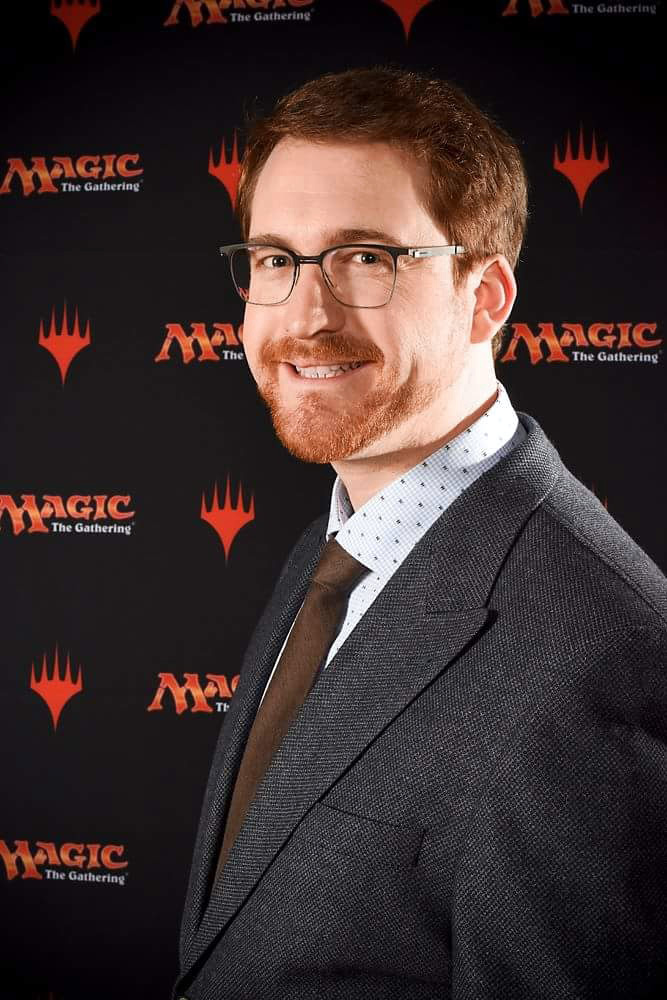 A smile here belies Görtzen's competitive nature – underestimate him at your own peril.