Gabriel Nassif has been around Magic longer than most. In fact, longer than just about anyone: His first Top Finish came all the way back at Pro Tour New York in 2001. When he takes the stage at Mythic Championship VII, he'll be playing the same game he's loved since he was a child. Paper, MTG Arena, Magic Online, Pro Tour, Friday Night Magic, Mythic Championship or World Championship—it's all the same to him.

Playing Magic is something Nassif does very well. Long before the advent of MTG Arena and high-stakes, small-field digital tournaments like Mythic Championship VII, he established himself as one of the best to ever play the game. At 36, Nassif is among one of the older competitors in the field. He was cutting his teeth in tournament Magic before some of his competitors were even born, and he has the resume to back it up: He was inducted into the Hall of Fame in 2010 and ranks fourth on the list of all-time Top Finishes. His staggering ten Top Finishes include two victories and one of the most memorable moments in Mythic Championship history.

Nassif proved himself a master at more than simply playing Magic. As the game has evolved, so has how he's played it. To wit, he'll be competing this weekend as a Challenger rather than one of the 32 members of the Magic Pro League. Nassif's numbers speak for themselves and he undoubtedly belongs in the Top 32 of any all-time greats list. But it wasn't just his competitive chops that have brought him to Long Beach—it was the way he's given back to the community. He was one of the first to take the leap into full-time Magic streaming, and with it found a second "career" in Magic even as his results in tabletop tournaments trailed off.

"Back in April of 2017 I started streaming as part of my team at the time, and I found I really enjoyed it," he explained. "Most people on the team eventually stopped, but I kept doing it and decided I would really give it a shot. My wife and I agreed to give it to the end of that year."

Nassif wasn't starting at ground zero but building a stream doesn't happen overnight. It takes patience and perseverance. Fortunately, those are traits Nassif possesses in spades.

Things started small, a few dozen viewers here and there. But as he kept at it, it grew. 50 or 60 people would tune in. Fast forward to early 2019, and Nassif and his famous yellow hat had grown into one of Magic's premier streamers. The old-school card player had transformed himself into a full-fledged veteran streamer.

"I'm not as big as some of the other streamers, but I've worked my way up there," he admitted, his soft-spoken demeanor masking his pride at his accomplishments. "It becomes a job so you have to do it, but I haven't felt forced to stream in a long while now."

That success contributed to an invite to the Mythic Invitational and, then, the Mythic Championship V. And once he was there, he made the most of his opportunity: A Top 4 finish and with it an invitation back to Mythic Championship VII where he'll be playing for more than just prize money. He needs to make the Day Two field with a solid finish—and a handful of other players' performances to fall his way—to advance to the 2019 Magic World Championship and the Magic Pro League for 2020. It's impossible to overstate just how critical this event is in a race Nassif never expected to find himself in. 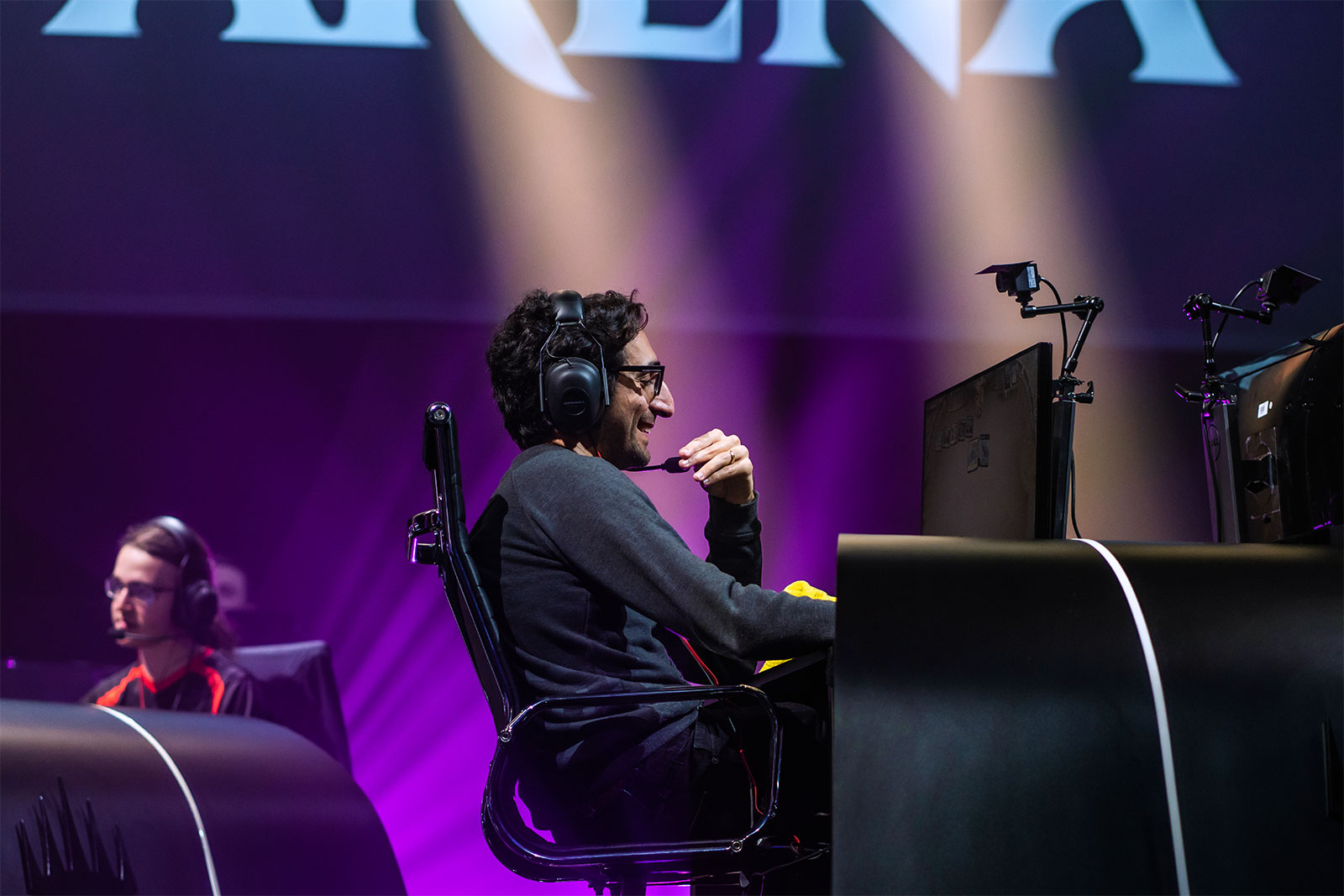 Gabriel Nassif's skill put him into the race for 2020 professional Magic.

"It's kind of all or nothing. There's a lot on the line, and hopefully the pressure doesn't get to me," he said. "It can definitely happen, and if anything it's become a bit worse over the years especially since I haven't done so well in the past 10 years or so. When you're doing well all the time, it's fine. But when you go on a dry spell it makes you realize that you care more and it's hard to remember how you felt 10 years ago."

"Now it's kind of out of nowhere that I'm back. I didn't think that would be possible."

As the last event of the year to garner Mythic Points, this weekend's tournament will be even more tense than usual. Seats for the MPL, Rivals League and the $1,000,000 Magic World Championship will all be decided, and managing the gravity of the situation will be every bit as important for participants as what deck they choose.

There, too, Nassif has something some of the younger competitors don't: Perspective.

"If I make it, that's great. I love these MTG Arena tournaments and would love to play in more next year. But if I don't make it it's probably Sebastian Pozzo that will," Nassif explained. "He's a great person and if he makes it instead of me, that would soften the blow. If it happens I'm good, and if it doesn't I'll be okay, too."

There was a time when that wouldn't have been so easy for Nassif to say and genuinely mean. In fact, it wasn't all that long ago he was questioning his future altogether.

"I'm 36, and I had to ask myself 'do you really want to play card games your whole life?'" he confessed. "I thought I should get involved more in social issues and try to have an impact on the world. But card games are what I'm good at. It's unlikely I'll ever be as good at anything in life as I am at Magic." 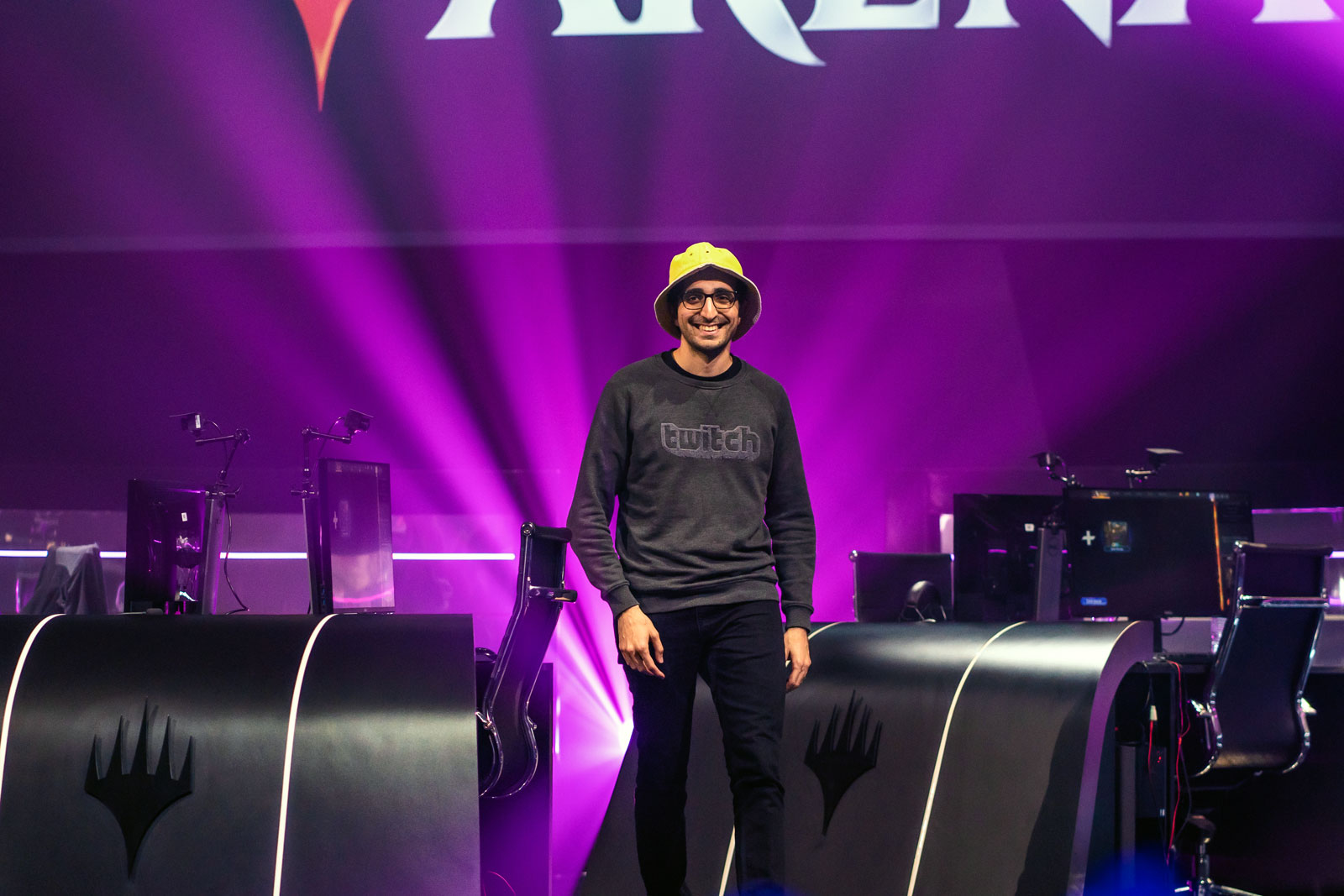 The mental breakthrough came from something Nassif couldn't have imagined when he was winning all those tournaments years ago. After all, streaming is more than just a job—it's a community.

"I started streaming for me, but it also feels like a way to give back and now people send me messages thanking me or telling me how much they really enjoy the stream; I believe it's a net a positive for the community," he explained. "A few months ago I went on the Humans of Magic podcast, and the host James said something that really helped me. He said to 'not underestimate the power of connecting with people.' If I can't change the world in other ways, maybe this is how I give back and impact the world."

He never knew it at the time, but the decision to stream helped to change Nassif's life, his career trajectory and outlook on how to live. And as he heads to Long Beach this weekend to compete in perhaps the biggest tournament of his life, one thing is for sure – he'll have plenty of new people rooting for him.

You, too, can follow as Nassif takes on the biggest event of his career. Don't miss a minute of the action all weekend when the Mythic Championship VII broadcast kicks off December 6 at 9 a.m. PST / 12 p.m. EST / 5 p.m. UTC at Twitch.tv/magic.