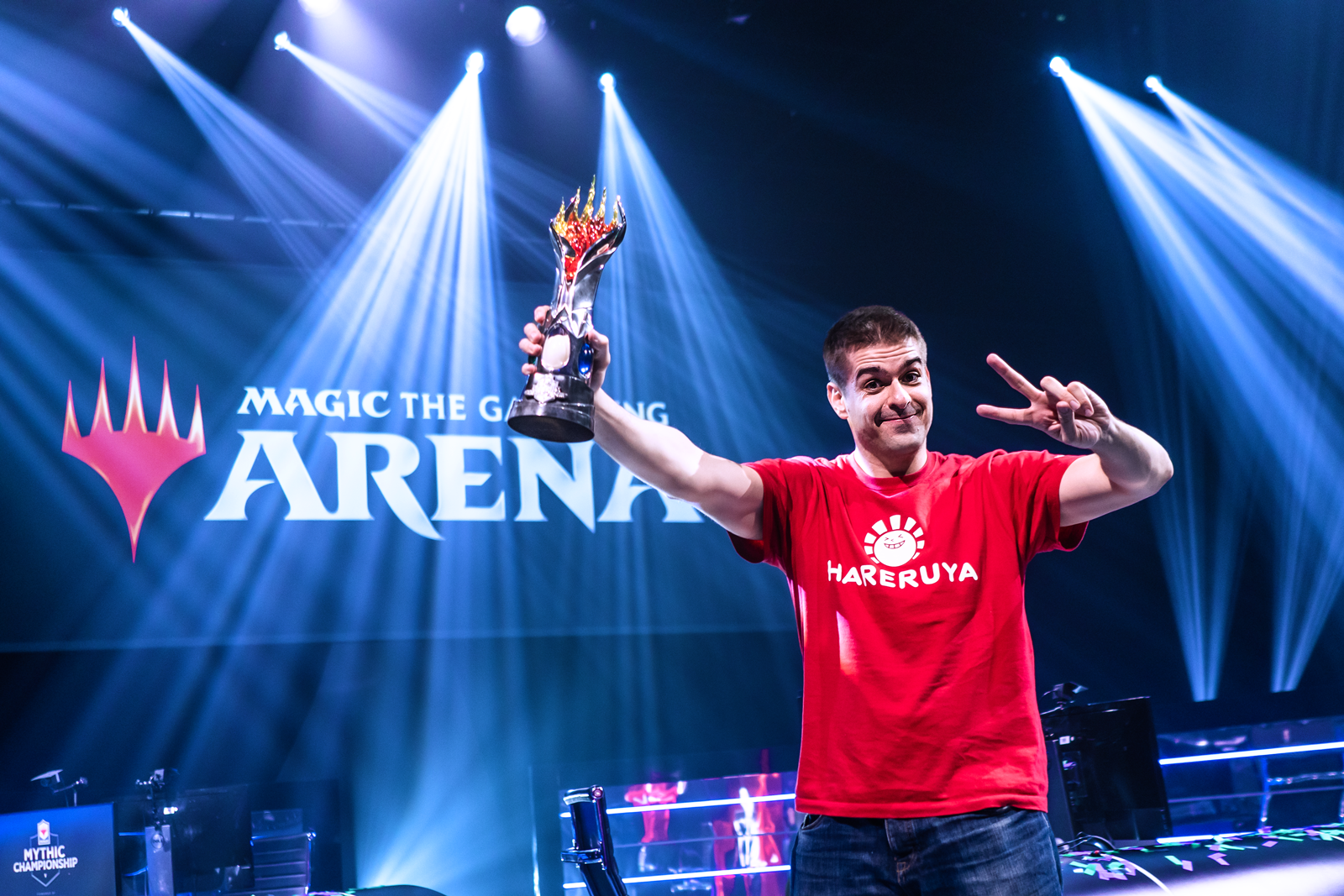 We've got a bunch of updates for you all, so let's jump right in!

We keep adding new features to the Magic.gg website, making things more engaging and easier to navigate—including our recently rolled out decklist beta. It allows you to view, share, and download decklists directly from the Magic.gg site.

Decklists are still in beta, but we plan on lifting that tag in the next few weeks as the final optimization dust settles in. This week's Eldraine Split Pearl Division decklists are a great place to see the decklist beta in action. As always, feel free to reach out to @MagicEsports with feedback and what you'd like to see.

Paths to the MPL

When we announced the new structure in August, a common piece of feedback was that if a player had an exceptional year or won the Magic World Championship it felt strange for them not to be in the MPL the following season.

For players who had an exceptional year, we'll be ensuring that we have both the quantity and correct point weighting on events to make sure consistent performance matters more than any singular event. We'll keep an eye on the churn and promotion in the system next year, and make any adjustments if the system is off.

We were hoping to be able to talk about next year's Mythic Invitationals, but we need a bit more time to lock down some details. You can expect an update from us in the November Esports Update.

Handling Bugs and Crashes at Events

During Mythic Championship V we had four matches that were adversely impacted by a reconnection bug on MTG Arena. There was also an internet outage during Round 1 of Day Two that impacted all non-feature match PCs, and the reconnect bug popped up there as well. The tournament procedure for handling these types of issues isn't readily available to fans, so we want to take some time to break down how we handle bugs and other issues at events.

Generally, competitors are made aware of any issues with card interactions, client issues, and the tournament procedures they need to follow (if applicable). When a player brings up an issue on site, we first verify the issue is real and not caused by environmental factors or player error. Next, we check to see if the bug had a significant impact on the outcome of the game. If it did, we rectify it to get back to a state of competitive integrity—that can include awarding a game win, offering a rematch, or letting the game continue.

For Mythic Championship V, in the event a game was significantly compromised by an issue, tournament operations ruled for a restart to the game and, when possible, worked to ensure allotted time for each player and their time for priority was carried over to a remade match. Any completed games—including instances where an issue occurred when the game was about to end that turn—were maintained, and if a new match had to be created, players conceded games they had previously lost in the compromised match when restarting their new match.

Starting next year, you'll be able to see the full details of this process in the tournament rules posted before each event for 2020's Mythic Invitationals.

Performance improvements and overall client health is the highest priority for the game right now and is the primary focus for the MTG Arena team over the next few months. The reconnection bug that impacted Mythic Championship V was fixed with the 10/24 patch and didn't impact the Mythic Championship VII Qualifier Weekend. See more about the MTG Arena team's approach to performance in their recent State of the Game.

Next week we will be releasing the official Players Tour policy documents, including the first iteration of the fractional invites system for the Players Tour. We're going to preview the system today, and review the objectives that guided our design decisions.

Our objectives with this system are:

Things this system is not:

So how will fractional invites work?

Top finishers at Grand Prix and Players Tour tournaments will earn a percentage of an invite to the next Players Tour, in addition to any direct invites earned. At the end of each qualifying round, players that have earned 100% or more towards an invite by combining both the current round and the previous round will be invited to that round's Players Tour.

Here is the percentage structure we will be using for the Series 2 qualifying round.

Fractional invites are not "spent" when a player attends a Players Tour. So if a player earns 100% or more in a single qualifying round that means they are qualified for both the upcoming Players Tour and the following one.

We'll see you in November with another update, and feel free to reach out to @MagicEsports if you have any questions or thoughts. Thank you!