Last month, we put out a behemoth of an article (ten pages!) on the future of Magic Esports. Since then we've received a ton of thoughts on where we're headed, what's missing, and what we can do to improve.

These updates are the first of many and will act as our main way of keeping players up to date on what the team is working on and where our thoughts are. Small disclaimer: just because you don't see your topic or issue listed doesn't mean we haven't looked at your feedback. This is just what the team has been focused on for the past month.

That said, let's jump in!

The Magic.gg website has gone through some significant changes in the past month, including a URL update from mtgesports.com to Magic.gg. What's in a name? Well, a lot of characters, that's what. Besides being a lot quicker to type, and less cumbersome to use in conversation, this update also represents our goal of making things just a little easier for anyone who uses the site.

We've also made some feature updates and improvements to Magic.gg—we've refreshed the top navigation bar to reduce misclicks and improve overall flow through the site and we've also added the ability to add Magic esports events to your personal calendars directly from the schedule page. We then thought it would be nice to show you all the relevant MPL divisional results and VODs in a single location, so we built the league page to do just that. We also added all the MPL Weekly Top 4 matches to the VOD page so you can now enjoy even more spoiler-free Magic video content all in one location.

We have more features and improvements on the way at Magic.gg (decklists beta!), and we're looking forward to building this site using your feedback as our guide. We would love to hear from you and put some of your ideas to work.

Many of you expressed that you'd like to see us reward players who show consistent performance in events on MTG Arena. We're looking to award consistent finishers (in Mythic Point Challenges and Mythic Qualifiers that are tied to one Mythic Invitational) with access to the next batch of those events that correspond with the next Invitational. 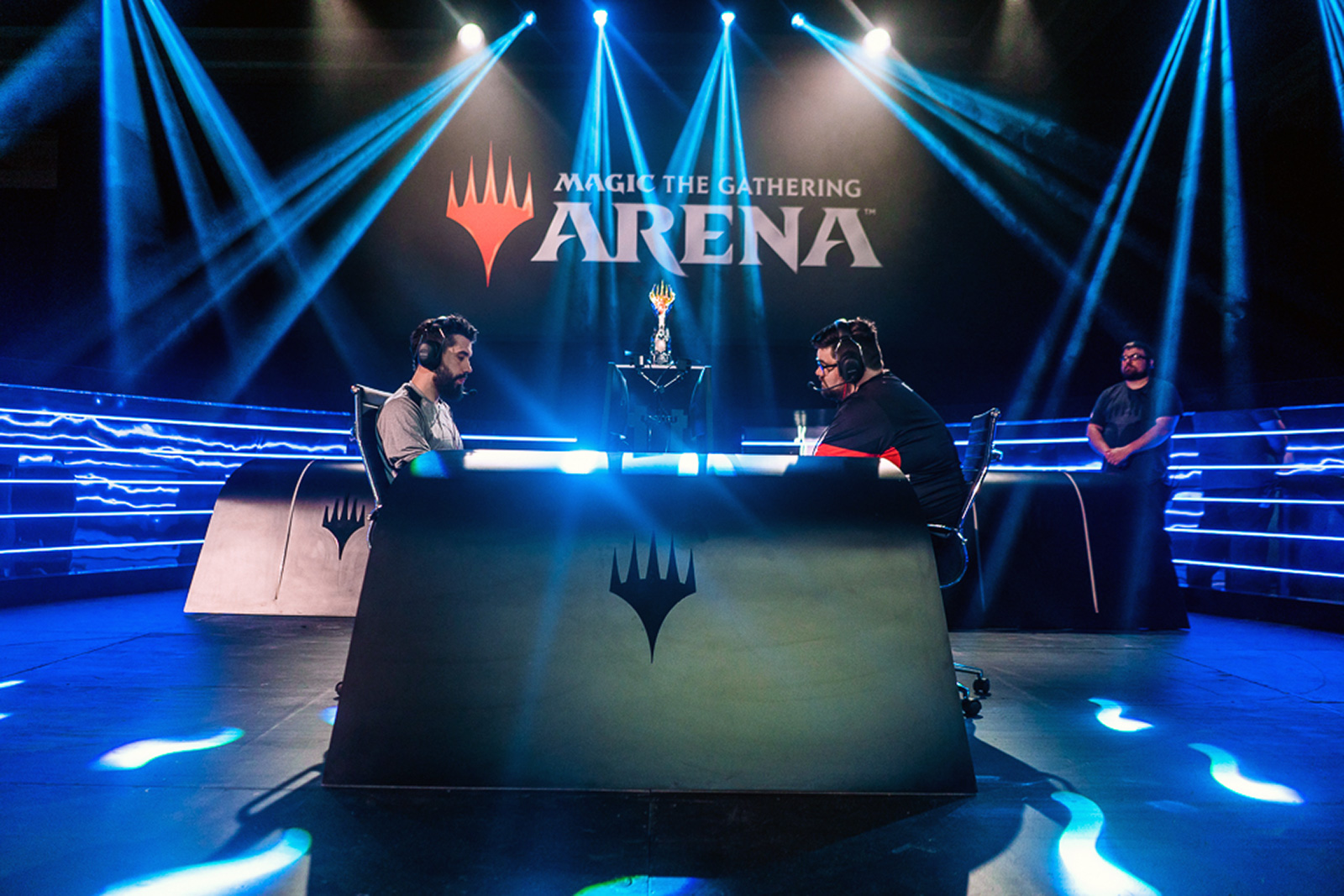 Additionally, we'll likely be guaranteeing four slots at each Mythic Invitational to players who show consistent performance in events on MTG Arena during the corresponding qualifying months.

We'll provide more details in the coming months on how these would work.

We have one more Mythic Qualifier coming up on October 26 that will feed into Mythic Championship VII.

After that, play on MTG Arena during the months of October, November, and December will feed a January Mythic Qualifier, as well as the February Mythic Point Challenge. Points earned during this event will contribute to 2020 Partial Season totals.

Day Two of the MCQW will be getting updated tiebreakers to the following:

We're making a change to how playoffs are conducted for the Eldraine Split of MPL Weekly.

In Core Split, the Top 4 playoff was a hard cut with players in many circumstances being left out of the playoffs based on tiebreakers, despite a respectable 4-3 record against the world's best players. We're extending the playoffs in Eldraine Split to allow everyone at a 4-3 record to compete.

How this will work is based on the conclusion of a division's round-robin competition:

Additionally, the "Lower Bracket player must win twice" clause is being removed for Eldraine Split's Grand Final matches. Instead, the Grand Finals for each division is best two out of three matches.

We are working on all the 2020 policy updates and will be announcing them by Mythic Championship VI in Richmond. We will also be holding our first "office hours" at Richmond where we block out some time throughout the weekend for players to come chat with us about the Players Tour and competitive play. 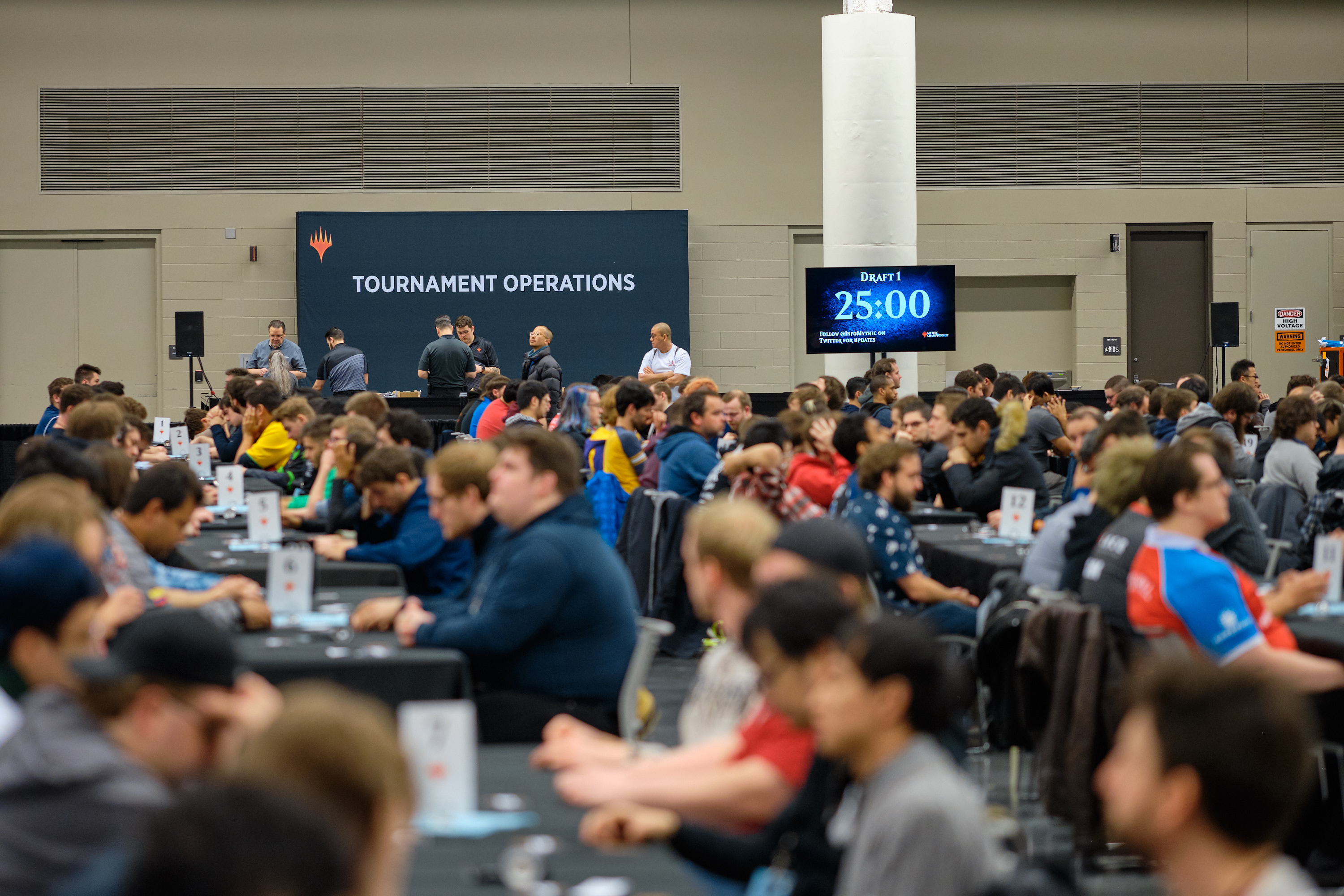 During the 2020 esports announcement last month we talked about our goal to give players the opportunity to earn invites to Players Tour and Players Tour Finals with a series of good finishes at Grand Prix and Players Tours events. We've been looking at ways to structure this system, and our current favorite is giving players who miss qualifying by one or two losses a "fractional invite" that can be combined in order to secure an invite to a Players Tour or Players Tour Finals.

We recently announced that we are partnering with Star City Games, Pastimes, and CFB Events to test a standalone Commander event we're calling CommandFest. These events are to help us understand more about what players want from these kinds of events, so that we can better plan for them in the future. The initial response from Command Zone at MagicFest Las Vegas was great, and we do plan on doing even more of them in 2020.

If you missed the initial announcement, check out the video from the Command Zone or for information on individual events, check out information from CFB Events, Star City Games, and Pastimes.

That's it for now, and thanks again for all the comments and discussion. Feel free to reach out to @MagicEsports if you have any thoughts!

Some topics we'll touch on next time: