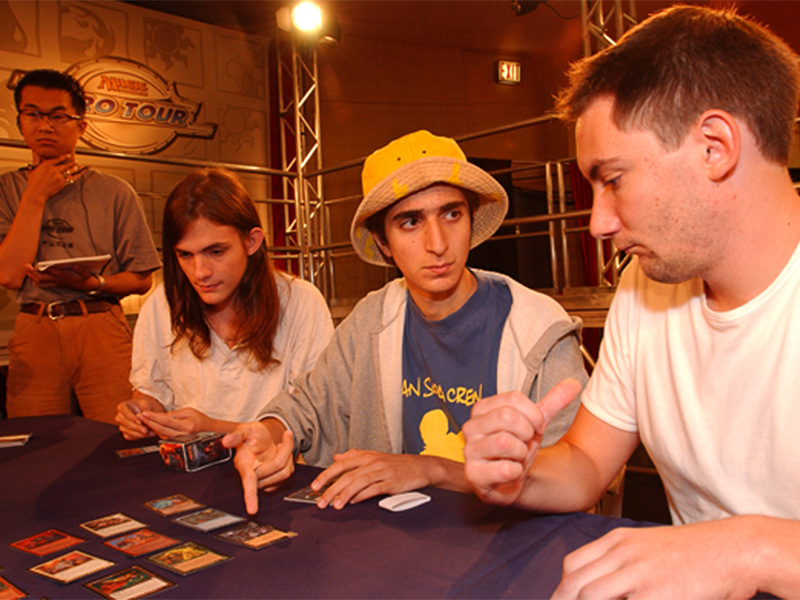 Gabriel Nassif led the 2010 class of the Hall of Fame in much the same way he has been dominating Magic since his debut at Pro Tour–Chicago 2000-01. The 16-year-old PTQ winner came to the event playing his own unique deck and would finish 45th. He would finish second at his next event nearly a year later in New York. For that event, he came as a member of Les Plus Class alongside Amiel Tenenbaum and Nicolas Olivieri. Nassif would also demonstrate a flair for the dramatic that would become as much of a trademark as the floppy yellow hat he wore.

More than any other Pro Tour in his memory, Nassif recalls all the details from his first experience as a 16-year-old traveling to the United States for the first time—from the manually operated elevator in the hotel to playing against his first Pro Tour opponent.

"The format was Standard, and I had brought my own version of Blue Skies and got paired against Christian Luhrs in Round 1," recalled Nassif. "I was terrified because I knew he had Top 8ed last year's PT–Chicago but I beat his blue-black-red control deck pretty easily. I remember praying he didn't have Meekstone which was really good against me, but he never played it. I asked him after the match if he had any in his deck or sideboard, but he smiled and didn't answer. It gave me some much-needed confidence, and I started off 3-0. I ended up making Top 64 but I was a bit disappointed because my deck was really good and I could have done better if I played better."

Nassif might not be stepping onto the stage in Chiba to accept his Hall of Fame ring if not for a little serendipity regarding a phone call he made way back when he qualified at a two-slot Mercadian Masques Block Constructed PTQ at the European Championships in Paris.

"I was playing Blue-White Control and got to the semifinals," recalled Nassif. "At this time, my mother didn't want me to go to Pro Tours so I usually would just play them and scoop to friends in later rounds but I guess I didn't really play anyone I knew that well and called home before playing the semis. My mom wasn't home, but my older brother picked up and told me he'd help convince her to let me go if I won, so I played it out and won the slot."

He quickly became known as a Constructed specialist with unique decks that dominated seemingly every Constructed event from unexpected angles during the 2003 and 2004 seasons. In 2004—the season in which Nicolai Herzog won two Pro Tours—Nassif was so consistent, with three Top 8s, that he became the first player to wrest the Player of the Year title out of Kai Budde's iron grasp. 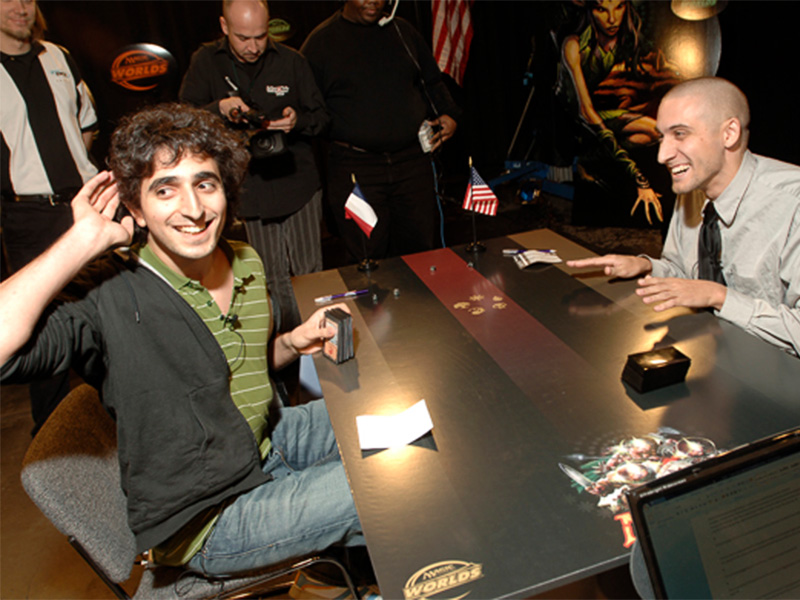 He would make the Top 8 with regularity, but a win eluded him until Pro Tour–Atlanta in 2005, when he joined forces with Gab Tsang and David Rood to form the team Nova. With the win and Top 8s continuing to pile up, people were already talking about him as being in the same league as all-time greats like Kai Budde and Jon Finkel. When he won his first individual Pro Tour in Kyoto 2009 there was little question in anyone's mind that he was one of the elite players ever to play the game. It is also Nassif's best memory in ten years' worth of memories playing on the Pro Tour.

"Making Top 8 at Worlds in Paris was pretty unreal, since I had to 6-0 the Extended portion in Day 3," he recalled. "Obviously my first PT win in teams with David Rood and Gab Tsang as well as my first Top 8 in teams with the Death Bomb top deck versus Zvi in the semis are up there. Winning Player of the Year was a huge accomplishment too, but right now, I guess my win in Kyoto stands out, with the Cruel Ultimatum rip in the quarters and the feeling I deserved my win by playing really tight against Luis Scott-Vargas in the finals."

Nassif has been known for his deck-building skills throughout his career. Notable decks he has had a hand in building include taking Tooth and Nail (a deck fueled by an expensive sorcery in a field dominated by Affinity) to the finals of Pro Tour Kobe, the hybridization of Martyr of Sands with the UrzaTron shell at Worlds in 2006, and most recently the White Weenie deck that took Paul Rietzl and Kai Budde to the Top 8 of Pro Tour–Amsterdam. Despite the arsenal of amazing decks and a resume that is rivaled only by Jon and Kai, Nassif remains modest about his achievements and his skills—of which he is often his harshest critic.

"It's a great feeling and honor to be considered amongst the best of all time even though I feel like there are a lot of better players then me right now," said Nassif when asked about his place among the all-time greats. "I guess it's something I've earned for my consistency throughout the years and my accomplishments. It always makes me proud when people say I'm the third best of all time. Kai and Finkel are clearly ahead and right now and I think third is fair if we look at results but I don't know if I'd be third if we compared people at their peak. I probably make a lot more of technical mistakes than most of the very good players but I guess I make it up with other skills."

Nassif did not know how he was going to react when he stepped onto the stage to accept his Hall of Fame ring at the World Championships in Chiba.

"I feel like I had already proven myself, and had the respect of my friends and of the people that I respect and look up to maybe even before the Hall of Fame existed. I feel like I've earned it and I'm proud to be a part of it," said Nassif, before adding: "I really look forward to it, I think it's going to be a very emotional moment for me, and I wonder sometimes if I'm going to shed a tear or not."

Obviously Nassif's brother Michel was successful in changing their mother Lilian's mind about allowing her 16-year-old son to travel to the Pro Tour, and he was grateful for her support.

"I'd like to thank my mother for being the best and I'm thankful for Magic and all the great people I met playing the game," said the two-time Pro Tour winner, Player of the Year, and now Hall of Famer Gabriel Nassif. 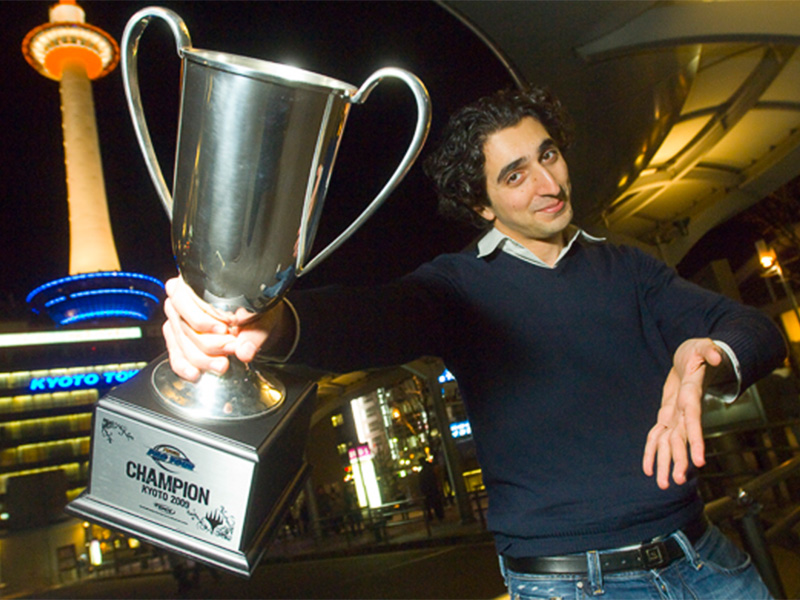