"Cleveland, this is for you!"

I was already preparing my victory speech for when I won the Mythic Championship. A wise person once told me that winning isn't worth it if you don't have a powerful victory speech lined up to make the moment memorable. That person turned out to be making that up and was completely wrong about this and nearly everything else they told me, but at least it sounded pretty good at the time. 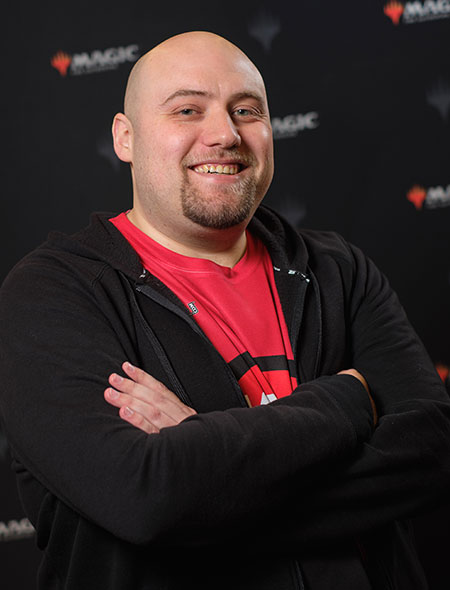 The problem with victory speeches, as I came to find out, is that preparing them ends up being fairly meaningless if you're missing the most important element. I've spent a lifetime trying to figure out that special element. Is it inflection? Delivery? Is it word choice, emotion, or a powerful message? Believe it or not, it's none of the above. It surprised me to learn that the most important element of making a victory speech is simply achieving victory in the first place. Who would have known? Who could have known? Certainly not I.

I finished 8-8. The stone average, I call it. Average is simply finishing with a mediocre result; the stone average is when you aggressively achieve mediocrity. It's when you excel at it. It's when you master it. I actively excelled at finishing dead even this weekend, turning a 4-0 start into a 4-8 finish to add up to the dreaded 8-8. I fought hard to get that result. Now That's What I Call Dedication to the Cause: Volume 37.

I played the worst-performing mainstream deck last weekend, Izzet Drakes, to a 4-6 record while most of the rest of my team played the best deck in the format, Mono-Blue Tempo, which led to testing teammate Reid Duke making the Top 4 with the deck and Autumn Burchett winning the tournament by piloting it masterfully throughout the Top 8.

Two days before the event, I was convinced that Mono-Blue was the best deck in the format. I then made the executive decision that I wasn't going to play it myself, because I didn't feel comfortable enough piloting the deck and I didn't believe I would succeed with it. Instead, I fell back on a different strategy featuring the card Pterrible Pterry. Izzet Drakes was a deck I knew was a worse choice, but one that I had more experience with and would make less mistakes piloting. Needless to say, it wasn't all it crackled up to be.

Looking back on the event in hindsight, choosing to play the worst deck in the field after successfully identifying the best deck did not pan out. I know that doesn't sound very logical, but I assure you it's true. It's weird how that works. Each day comes with a new surprise. One of these days I'll figure this whole thing out, but for now I'm left confused. Playing the worst deck is bad somehow? Okay, sure. If you say so. Wish someone would have told me before the event, but all right.

Not only did I play the worst-performing deck in the event, my plans with the deck weren't even good. In fact, they were so hilariously bad that I just simply stopped executing them midway through the event.

For example, I identified that Treasure Map and Search for Azcanta weren't very good plans against Esper Control after sideboard, because trying to win the longer game wasn't working out very well. They play that game way better. Instead, I decided to go with Sorcerous Spyglass to take out Teferi, Hero of Dominaria and Legion Warboss to put heavy early pressure on them.

This seemed great, in theory. Theory being the optimal word. In practice, all the Esper Control decks sideboard Hostage Taker, which is the perfect size to block Legion Warboss. Hostage Taker can also steal Sorcerous Spyglass and replay it naming Ral, Izzet Viceroy, one of my only other ways to win. Sorcerous Spyglass, my grandiose sideboard trump, was actually turning into more of a liability than a route to victory. I stopped sideboarding it in after a while.

I was drawing multiple copies of my sideboard cards that I specifically added for that matchup, and they were either doing completely nothing or they were actively hurting my chances to win. Mistakes were made. Many, many, mistakes were made.

One of my favorite things about Magic is how much there is to learn about the game, and at the risk of sounding incredibly cheesy, learn about ourselves as well along the way. We all have strengths and weaknesses in Magic, and learning to play to our strengths while minimizing our own weaknesses is something that becomes very important to success within the game. I've been playing Magic for thirteen years now—professionally for six—and I still often feel like I know nothing. It wouldn't be Cleveland in February without some snow.

I thought I was playing to my strengths last weekend. I don't do well playing the best deck, typically, unless I'm experienced with the deck or comfortable with the playstyle. Mono-Blue was neither of those things. However, I've also learned that I should just play the best deck anyway, if it's too good to pass up on. Mono-Blue was that thing. It was too good to pass up on.

I believe deep down I knew that, and I chose to ignore that voice inside me telling me that I was making a mistake. Never ignore that voice. Will I make these same mistakes again in the future? Probably. Magic is really hard, and there are a lot judgment calls to be made in the game. However, I think I will be less likely to make this mistake again, even if I can't rule it out from happening. In that knowledge, I'm happy. This tournament was a bust for me, but I learned a lot from this weekend, legitimately, and there is something to be said about being better equipped to perform better in the future.

That isn't always the case. Sometimes you do everything right, lose anyway, and there isn't much to take away from that. I can safely announce that this wasn't the case for me, and I'm grateful for that, at the very least. 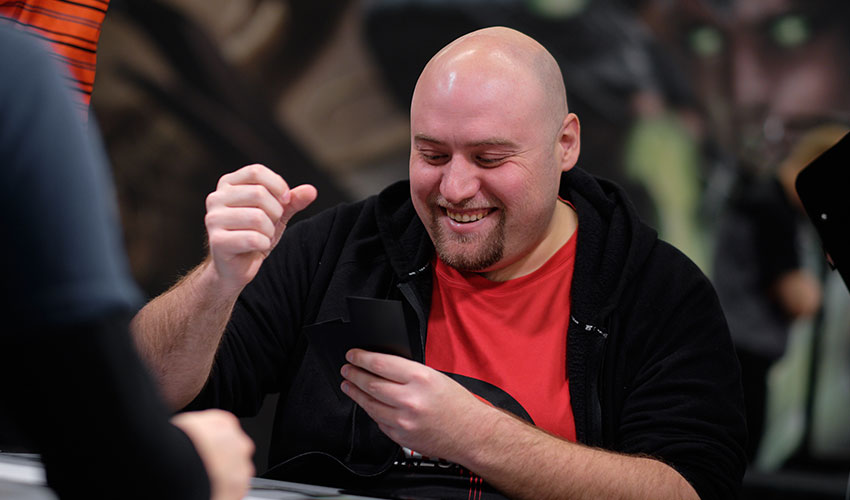 BBD was all smiles in the feature match area at Mythic Championship I.

Despite an ultimately disappointing and mediocre finish to the event, there were actually quite a bit of positives.

I got to draft the sweetest deck I've ever drafted on the Pro Tour and go 3-0 with it. That was by far the highlight of the event for me. The deck was an Azorius Control deck with only six creatures, five of which were rares. The main win condition was to loop two copies of Clear the Mind to deck the opponent, naturally. Natural decking, in 2019? That's right. Clear minds, full library, can't lose.

The highlight of my stream in the past month has been a truly heinous Esper Control deck in Constructed that wins by looping Clear the Mind—or more commonly, it wins when the opponent finally has enough and concedes. To be able to draft the same deck as I've been having fun with on stream and then actually have success with it at the Mythic Championship was unbelievable. This might have been the most fun thing I've done ever on the pro level.

Limited has notoriously been a weak spot for me on previous Pro Tours. Since KMC-Genesis, the team I'm on, has joined forces with Ultimate Guard for testing, my Limited results have been significantly better than normal, including this 3-0 draft—my first 3-0 since 2016. That's something I can be excited about going into the future, knowing that I'm seeing marked improvement in an area that I've been traditionally weak in. I owe that all to my wonderful teammates.

One thing that wasn't always true for me but that I've worked on over the years is learning to be happy for other people even if I didn't get the things I wanted myself. Watching the Top 8 of this Mythic Championship was one of my favorite Magic memories that didn't involve myself. Beyond simply masterful gameplay from all involved, it had so many incredible stories.

I loved seeing Alex Majlaton getting his first Top 8 after so many years of tirelessly playing on the Pro Tour without a top result. Reid Duke's recent streak of Pro Tour results and his fourth Pro Tour Top 8 along with the sheer absurdity of LSV making the Top 8 in five out of his last eight Pro Tours are both such impressive feats of dominance that I can't help feeling inspired to try upping my game to that level. Autumn Burchett winning the Mythic Championship with a deck they mastered and being the first non-binary trans person to do so was a heartwarming tale.

Seeing people who put so much hard work into the game getting things that they want out of it is awesome, even if in this specific situation it wasn't me. I found myself forgetting about my own result and instead just being happy for all the incredible stories from the weekend.

While I'm the one writing this tournament report, Mythic Championship Cleveland wasn't my story. That victory speech, had I actually prepared one, wouldn't have come in handy for me. Although it wasn't my story, it was a good story, and I'm glad I got to be a part of it, in whatever way I could. I hold out hope that next time, it can be my story.

It's probably more likely for it to be my story if I don't play the worst-performing deck in the format, but who can really say? Not me, at least.