It's now or never for Grzegorz Kowalski.

There are just a few events left in the 2020-21 season, with the Strixhaven Championship next, and seats at Magic World Championship XXVII are on the line. Kowalski stands primed to earn a spot from his standing in the Rivals League. His rise this season seemed unlikely after a slow start, and he knows that this may be his last, best chance to make it back to the World Championship and improve on his runner-up performance in 2018. 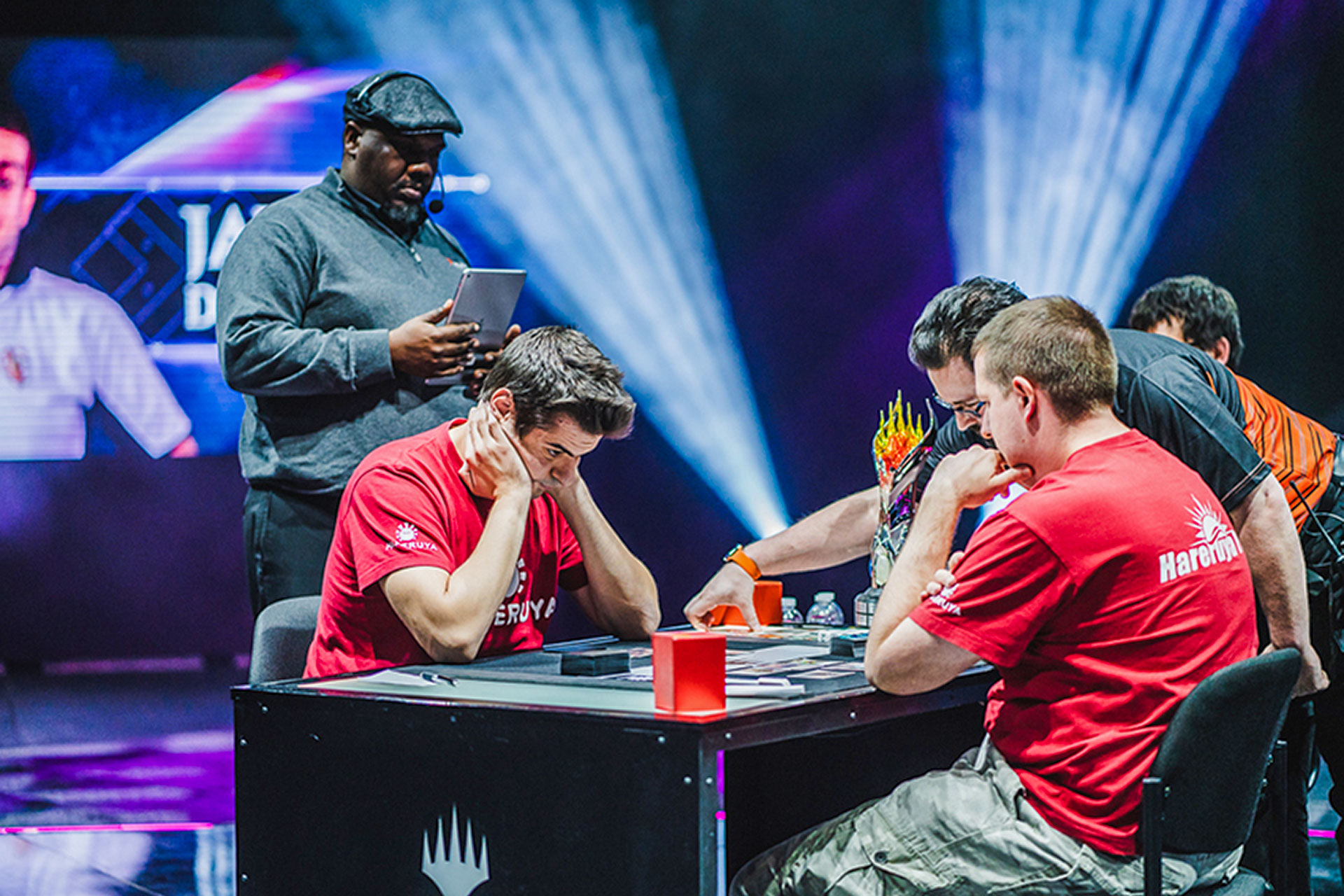 While the Magic World Championship hasn't used the "Worlds" moniker in nearly a decade, it's iconic place in competitive history makes the conversational shortcut stick around among top players. "Qualifying for Worlds again would be huge; after Worlds 2018 I always dreamt about repeating Javier's Dominguez's story of being second and then first at Worlds back-to-back," Kowalski admitted. "It didn't work, as I didn't qualify for the last Worlds, but now I can fix it. Something is telling me that this is my last shot."

It's an honest assessment from a man who knows exactly how difficult it is to qualify for a Magic World Championship. His 2018 run to the finals against Javier Dominguez was the cap to an incredible run that propelled Kowalski from a teenager grinding qualifiers to one of the best players in the world. That year saw him win Grand Prix Lyon while making the Top 8 of three more, and he notched his first Top Finish with a finals appearance as part of team Poland at the 2017 World Magic Cup. 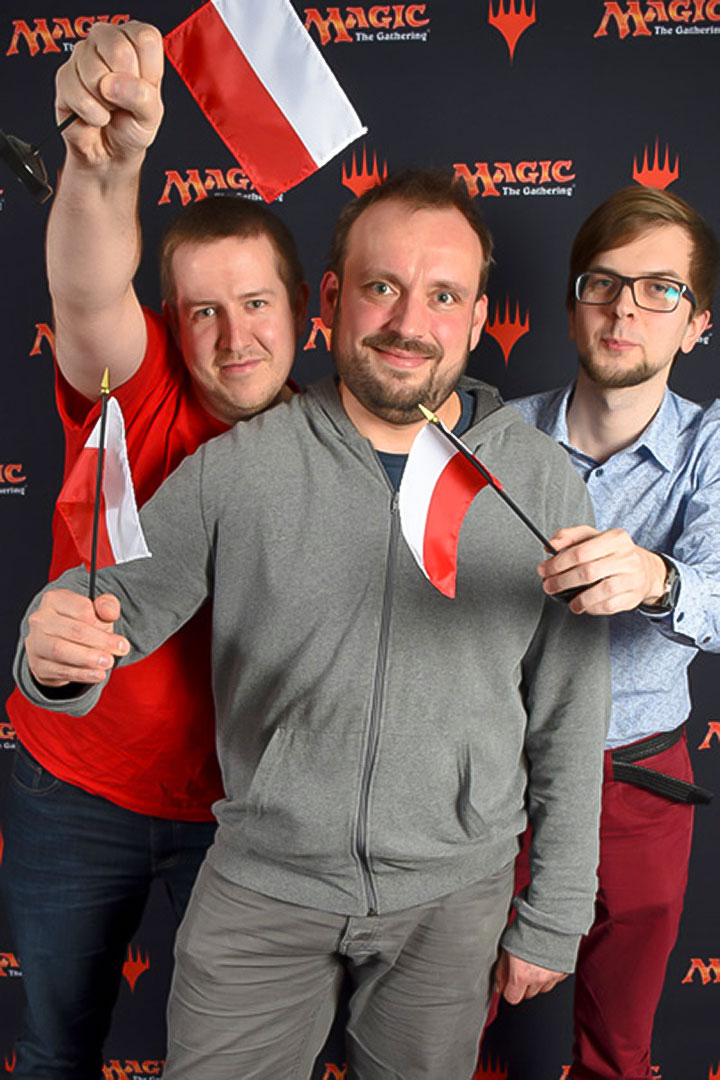 That qualified him for the World Championship, and soon the kid who had never been in an airport before qualifying for Pro Tour Nagoya in 2011—then promising himself he would do anything in his power to return to that stage—was on the verge of becoming the Magic World Champion.

"Every single Pro Tour I played in my life was an awesome experience," he recalled. "As a beginner I was so pumped while seeing all the best players I know from watching coverage. When I got better, I was pumped for an opportunity to fight versus the best in the world and chase Pro Status. Qualifying for Worlds was obviously the dream coming true; there's not a single better thing that a competitive player can dream about except maybe winning Worlds. The best of the best in one room, fighting in the most important tournament of the year. Big stakes, great production quality. That few days were worth every single second I spent on Magic in my life."

Kowalski didn't get to experience winning; the tournament belonged to a dominant Dominguez. But it was a life-changing experience for him all the same.

"Obviously I came there as a big underdog, so a second-place finish exceeded my expectations by a lot," he said. "Even though I lost the single most important game of my life, I was happy and proud of myself. I would love to win, but being honest, Javier deserved the win much more. He was clearly a better player and proved his worth during previous World Championships."

The headlines and trophy went to Dominguez, but the newly minted World Champion also walked away with a unique respect for his opponent. 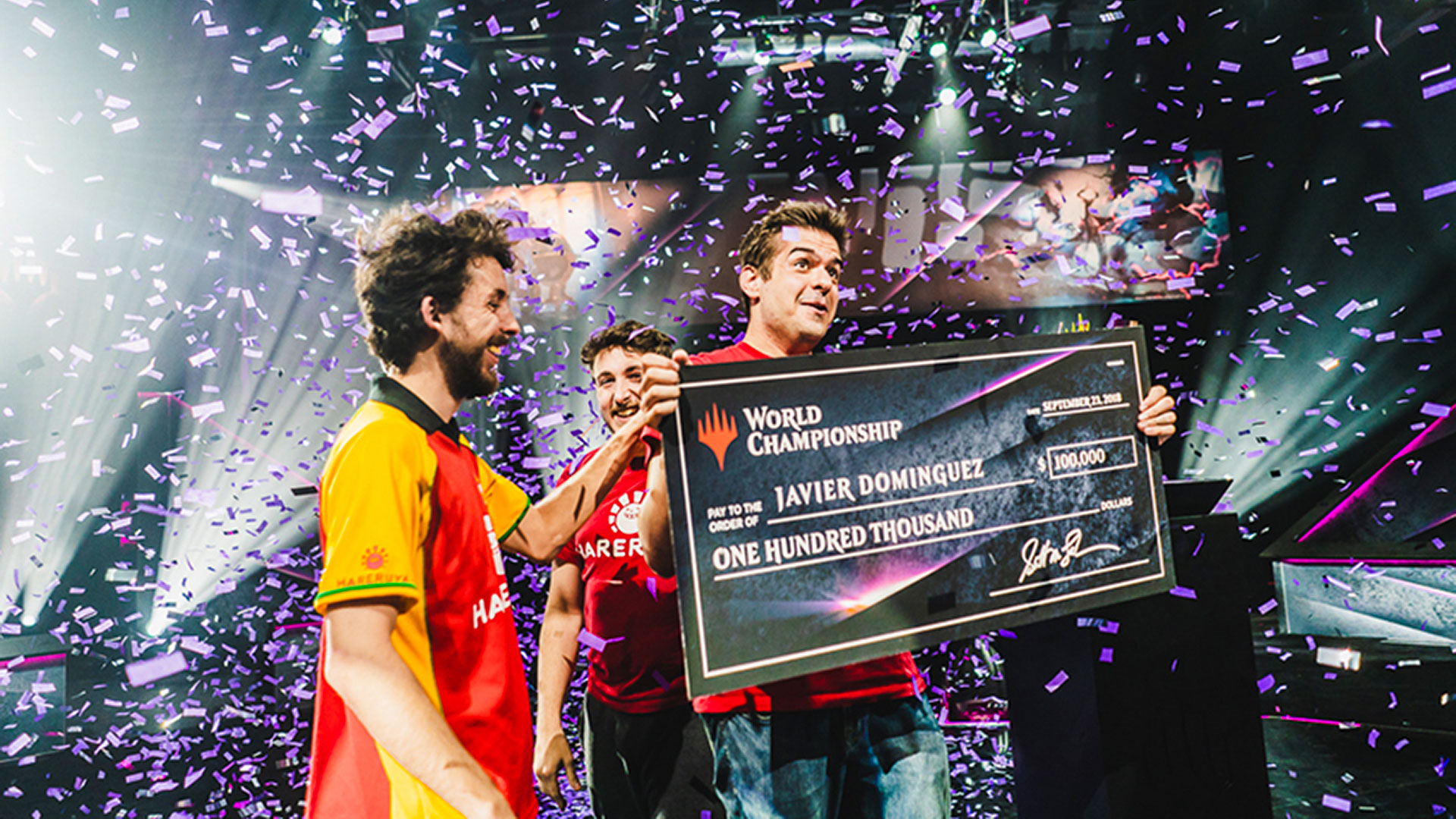 "Javier Dominguez won the 2018 Magic World Championship, but is was Kowlaski who earned his respect.

"With a finals like that, you kind of create a bond on both sides," Dominguez explained. "It's so intense, and you can't see the person the same way after. We stay in touch. We have a pet deck in common with the Historic Nine Lives deck, and he crushed me in the Top 8 of the [Kaldheim Championship]. He's a top-tier player."

Kowalski's play of late has demonstrated that. He made the finals of the Kaldheim Championship, staving off elimination on his way through the lower bracket on his way there. He followed that up with nine wins in each of back-to-back Strixhaven League Weekends, catapulting him six spots up the standings and into solid running for a World Championship seat at the end of the season.

The late-season push comes as no surprise to anyone who has worked with Kowalski. He's acknowledged as one of the hardest-working players in the game, a work ethic instilled in him from his years playing European football competitively.

"In one word, my hobby is competition—I just love to compete," he explained. "When I was young, I was a goalkeeper for a local club, and when I stopped my soccer career for Magic, it basically became my life. I spent my free time trying to become a better Magic player. It seemed like my job was flying to the Pro Tours, and my hobby was playing a draft at my local game store.

"I started the season really badly, with a threat of relegation coming for me. I didn't become a better player in the meantime. My opponents didn't get worse. The hard truth is, when you play against the best players in the world, you can't hope for their mistakes. The final score is always a combination of your preparation time and luck. I clearly ran way above average lately."

The Polish superstar may seem low-key about his surge, but he's known for his quiet understatement.

"Greg's biggest strength is that he's one of the hardest-working players I know," explained friend, testing partner, and Hall of Famer Martin Jůza. "One time we had a testing group where someone asked Greg, who had just gotten second with a certain deck in a GP, if he could post about the deck's matchups and if he could recommend playing the deck. His answer was ‘I'm not sure if I am qualified; I only played 20 Magic Online leagues with the deck.' That is 100 matches, which is sometimes more than some us play in the entire format before a tournament.

"Playing a lot also means that you will learn everything about the decks' strengths and weaknesses, all the important play patterns, which things matter in which matchups, and all it just generally makes Greg a very good all-around player who very rarely makes mistakes because of how much he practices."

It's that dedication that led Kowalski from Friday Night Magic to his first PTQ when he was 15 years old, and he hasn't looked back since that first taste of competition. That path has led him here, and he's determined to make the most of it while he has a chance.

"It looks like a classic ‘now or never,'" Kowalski said. "I would prefer now."