384 players entered the fray at Players Tour Brussels, and fought through three rounds of Theros Beyond Booster Draft plus five rounds of Pioneer. With some four-digit number of matches between them, it's quite impossible to paint a complete picture of everything that went on in the tournament so far. But we got some highlights.

Let's start at the beginning!

The Best of Booster Draft

The tournament began with Theros Beyond Death Draft. 384 competitors split into 48 pods of eight players, and set to work. When the dust settled, 39 of them emerged from the Draft rounds with a perfect record of 3-0.


A look at the spread of color combinations among their decks actually yielded interesting insight. Black-red was the most successful pairing with nine undefeated records, followed by black-green, green-white, and white-blue with six each. Four players went 3-0 with white-black, three with green-blue, and two each succeeded with red-green and blue-black. Between the ten possible combinations, only blue-red didn't earn a 3-0, and only Raphaël Lévy managed to remain undefeated after having drafted red and white.

Ignoring splashes, 21 of 39 included black, seventeen included green and/or white, twelve contained red, and eleven contained blue. What made black, and black-red in particular, so successful? 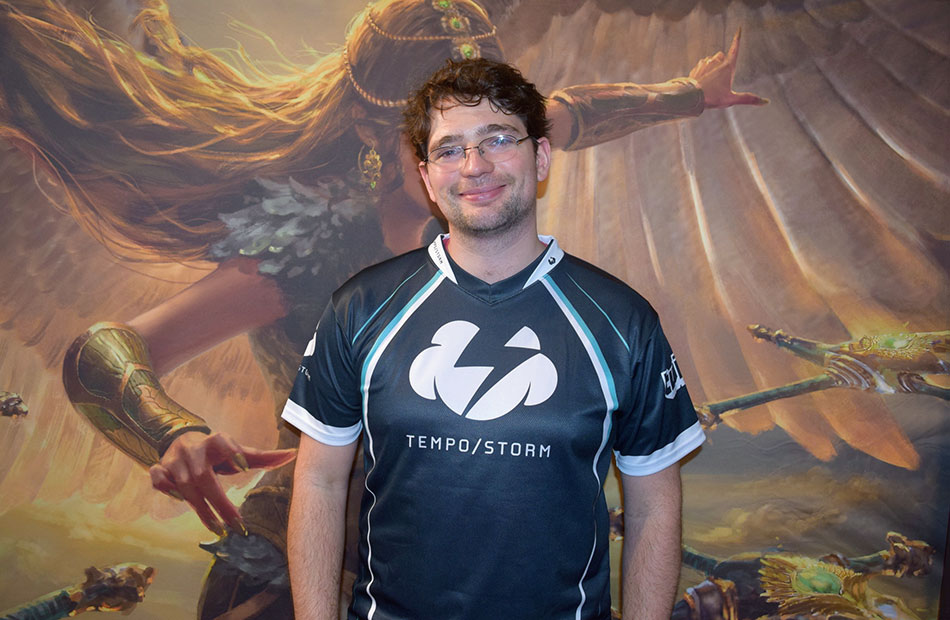 MPL member Paulo Vitor Damo da Rosa pointed out the obvious: "Card quality. Black has so many first-pickable uncommons and is deep overall. Red complements black the best, because it has lots of aggressive escape cards, which work well with black's self-mill, for instance or ."

Damo da Rosa also shared his view on red-white. The tech of drafting White Weenie splashing red had made news one week prior at MagicFest New Jersey. It had been touted as one of the major strategies, an archetype one might even want to force. But a lot changed since then, and such attempts no longer yielded the same results. "To work, the deck needs to be heavy white," Damo da Rosa explained. "You want to have something like 19 white cards. When you're one of three white drafters at a table or when people are gunning for it, this simply can't work."

The Best of Pioneer

Magic's youngest Constructed format finally grew up and came to big stage. The metagame breakdown confirmed black to be the premier aggro color of the format and revealed an astonishing variety overall. Most notably, though, came out of nowhere—or rather it came out of the Blind Eternities in story-terms and out of the internet as its real-world equivalent—to claim a share of 12.2%.

The deck revealed itself to be able to win out of nowhere, again and again throughout the day. It even did so against—or, as it were, with the help of—supposed hate cards.

It was clear we'd be seeing more of it on Saturday, not least because it was the weapon of choice of one undefeated player. Somewhat less anecdotally, the deck consistently maintained a six-strong presence at the top twenty tables. While nothing more than a snapshot itself, this corresponds to a 15% share.

The final round of #PTBrussels's first day brings another edition of 2020 vision. Sitting at the top 20 tables are:


Check back tomorrow for a detailed look at the Day 2 metagame, for further Inverter news, and for more information on all the other sweet decks of the format!

The Best-of Reel, On and Off Camera

It's not just charts and figures. There also were the games themselves, lots of them, and they featured a number of interesting, intricate, or downright outrageous moments. Right off the start, in the very first round of the day, Rivals member Stanislav Cifka cast while the only lands he controlled were a pair of Islands and a pair of Forests

It's not often you see an attacking Thassa's Oracle, and it's much rarer still to see (Hidden) Strings attached.

But @Mullermtg pulled it off at #PTBrussels—with only one creature in his deck!

"It was super important too, because otherwise I'd been short on mana." pic.twitter.com/iNpssPUbGj


Meanwhile, Michael Bonde, of Mythic Championship I fame, showed that his deck was capable of winning out of nowhere too.

However, it wasn't just about big plays with big consequences. While it's trickier to point them out, there were countless situations that required the smart navigation of complicated board states. For but one example, check out the following clip. One activated ability, two triggered abilities, and two spells passed the stack before it finally emptied, placed expertly at just the right moment to achieve the optimal result.

The Best of the Best

At the end of eight rounds, the original field of 384 was whittled down to 130. They would return in the morning for their chance at glory. Leading the charge into Day 2 were two players at 9-0: 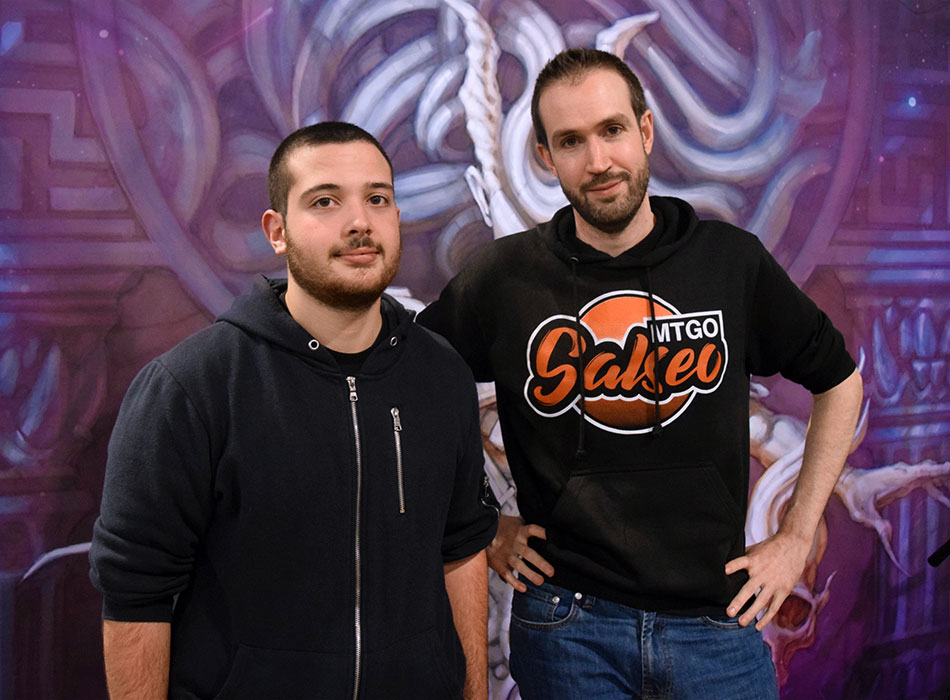 Going into the tournament, Bernardo Torres was already no stranger to high-stakes Magic. The Portuguese got his first taste of glory with a Top 4 finish at the most recent Magic Online Championship.

At the Players Tour, Torres drafted his way to a 3-0 with a solid green-white deck that contained "nothing huge." Then took him the rest of the way to 8-0. Or rather, it took Torres to 7-0. The final game of the final match, he won on the back of his sideboarded . Barely necessary to mention, Torres picked out this achievement, sealing the deal with his own tech, as his favorite moment of the day.

Juan José Rodríguez López also credited a good result on Magic Online for "changing [his] Magic life." The MOCS Open Series qualified him for Mythic Championship IV in his native Spain, where he made it all the way to the quarterfinals, and this in turn brought him to Brussels. Although Rodríguez López had played on the Pro Tour as early as 2010, he said, "Last year was amazing. And Magic Online was the key to this all."

Unlike Torres, Rodríguez López was responsible for keeping another Inverter away from the coveted spot atop the overnight standings. Playing Mono-Red Aggro, Rodríguez López proved that the blue-black combo deck was indeed beatable when he beat Alessandro Portaro on camera in Round 8.

Torres and Rodríguez López were going to have a head start over the competition on Day 2, but said competition was not to be underestimated. One didn't need to look much further down to find, in third and fourth place respectively, Paulo Vitor Damo da Rosa and Raphaël Lévy, both members of the current MPL as well as of the Hall of Fame of all-time greats. It doesn't get much scarier than to have players of such calibre on one's heels.

Tune back in tomorrow for the race to the Top 8, for more Draft, more Pioneer, and all the action straight from the battlefield of Players Tour Brussels!