It began with a all-time dominant Standard deck, and 16 rounds later we have a Top 8 here at Mythic Championship VI in Richmond. Two Throne of Eldraine drafts, ten rounds of Standard, and plenty of Elks along the way all leading to the eight players who return on Sunday to compete for the $50,000 first-place prize and the title of Mythic Champion.

Here are the highlights that stood out to us from Saturday.

It takes mastery in both Standard and Draft to advance to the Top 8, and these players displayed both over the course of the tournament.

Oko, Thief of Crowns was the story coming into the event, and the Food deck that has been the dominant force of Standard over the past few weeks did not disappoint. Oko was in 69% of decks on Day One, and that number rose to 71% on Saturday.

Still, there were innovations within the deck, and the intricate games were considered heavily skill-testing by members of the field. For instance, the Sultai Sacrifice flavor of the deck that played Cauldron Familiar and Witch's Oven performed extremely strongly—it posted a 73% win rate on Day One, highest among archetypes with at least five players, and also posted the best record against other Food decks.

Other players found success going against the grain. Magic Pro League member Andrew Cuneo said he knew coming into the tournament he was refusing to play a Food deck, and spent his time testing other decks. That paid off with a Top 8 appearance with Selesnya Adventures, earning him a huge Mythic Points boost and a shot at the World Championship.

And, of course, some players found success simply going over the top of the Food decks.


Duke Inducted into the Hall

Reid Duke was the only inductee into the Hall of Fame this year, and his memorable speech at the induction ceremony was a major highlight of the weekend. While his Mythic Championship tournament didn't go quite as well, it was nonetheless a memorable occasion for Magic's newest Hall of Fame member. 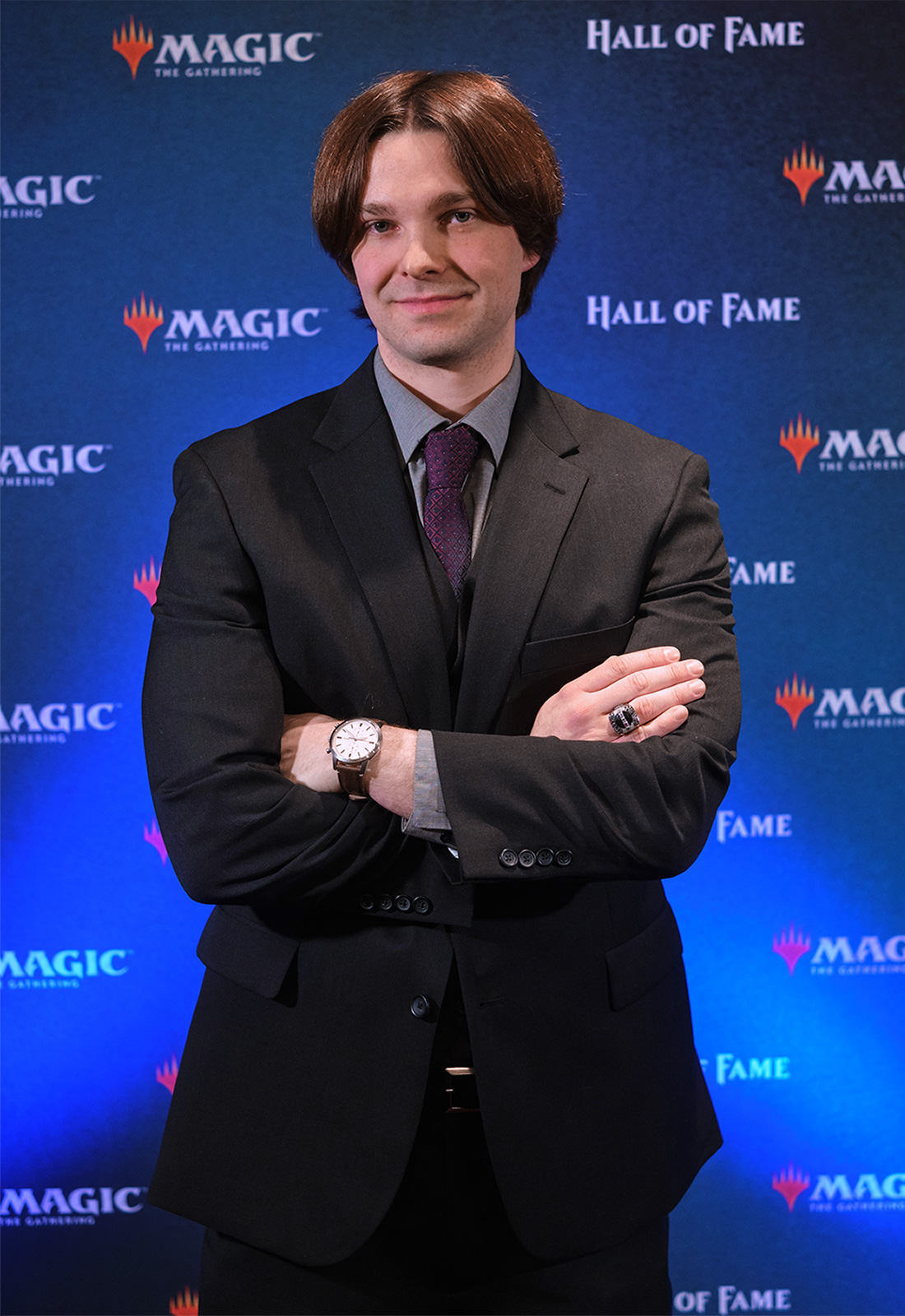 The Hall of Fame ceremony also brought one Brian David-Marshall out of retirement for a return to his usual role of host for the event, and the pioneer of Magic coverage provided his commentary for Standard and much more.

Hall of Fame historian @Top8Games gives us his professional review of a convention center hotdog.#MythicChampionshipVI pic.twitter.com/yWWuPwpsyh


Sights and Sounds of the Tournament

Food fights may have stolen the headlines, but there was plenty more going on at Mythic Championship VI, not to mention the highly anticipated debut of Mystery Boosters next door at Magicfest Richmond. Here are some of the best moments of the weekend.

We’re playing Two Truths & a Lie with @urlichmtg - can you spot the lie about his Jeskai Fires deck?#MythicChampionshipVI pic.twitter.com/Jqsh9gY6xq


One of the highlights of the tournament was how many Hall of Famers turned out to play as well as attend Duke's induction. Naturally, that led to some memorable matchups.

At table 130, it’s a matchup between two Hall of Famers, both class of 2010. Tale as old as time.@gabnassif: Three cards?@bmkibler: Two cards. They’re both great though.#MythicChampionshipVI pic.twitter.com/z3xh7svis9

With sixteen rounds behind us, it all comes down to one final day of competition. With six Food decks and two underdogs trying to take down Standard's top deck, we'll have three rounds on Sunday to crown a Mythic Champion!