The Players Tour has come to North America, and after 16 rounds of play featuring Theros Beyond Death draft and the quickly evolving, young Pioneer format, we have a champion: Corey Burkhart, at long last earning an individual title.

Here are the moments that stood out from the Top 8 of the tournament.

The Road to the Title

It was a long road to the finals between Hall of Famer William "Huey" Jensen and Corey Burkhart. The much-praised Theros draft format lived up to the hype this weekend, and provided a host of deep games and great moments. In the end, it came down to eight great competitors, some making their first appearance on the Sunday stage while others looked to add another chapter to storied careers. 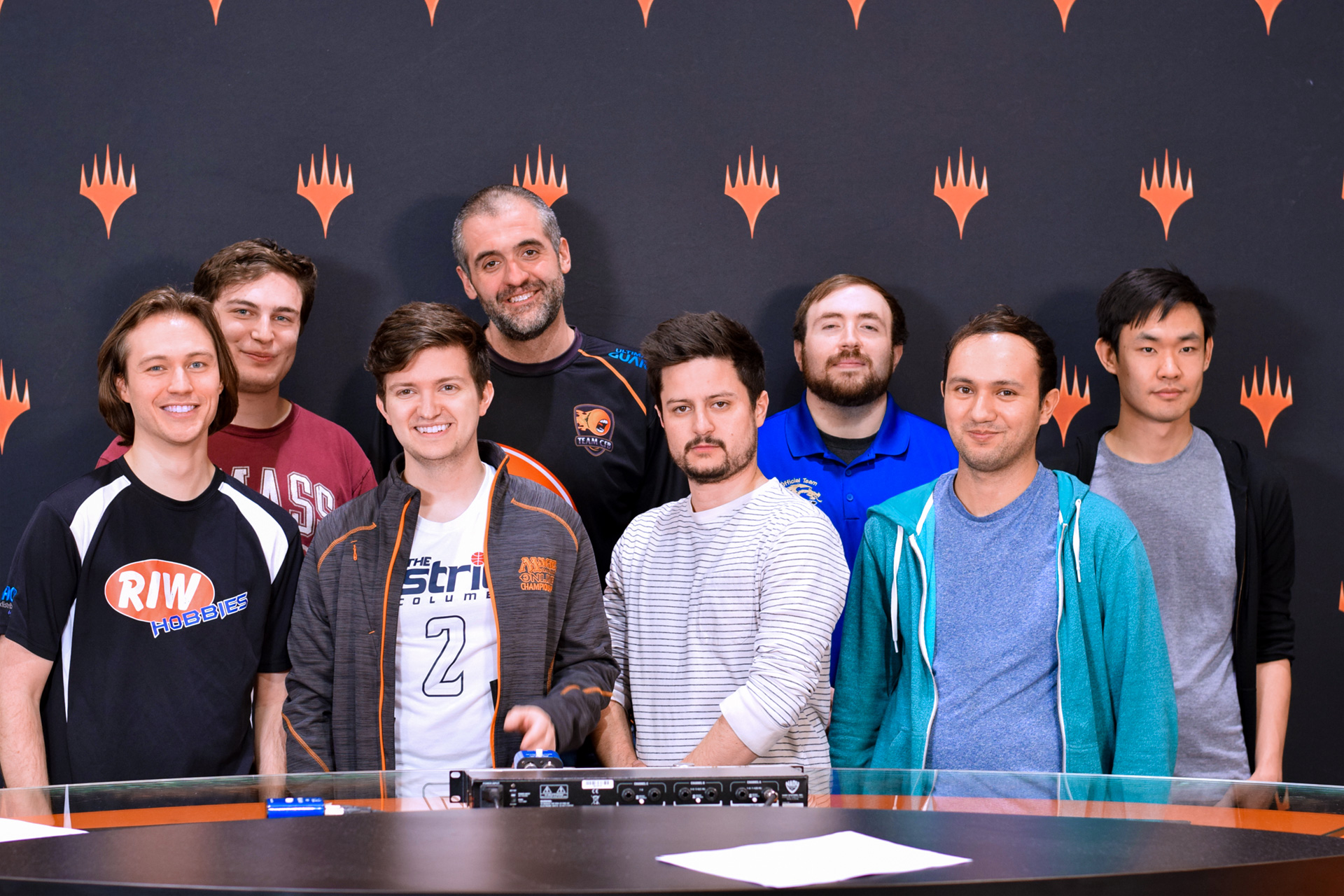 It was a lightning-quick Top 8 as the wild Pioneer format was on full display, and in the end it came down to a pair of the most well-respected competitors on the circuit: Jensen and Burkhart. After two quick games, it was Burkhart's Dimir Inverter of Truth deck that took it down as Jensen struggled through mana and mulligans.

The Top 8 itself was a great representation of the fledgling format that is Pioneer.

The release of Theros has completely shaken up the format, with Thassa's Oracle and Underworld Breach making a seismic impact. Lotus Breach, combining Lotus Field, Hidden Strings and Underworld Breach to draw through the deck, was the most dominant deck of the tournament, posting win percentages above 60% in Pioneer and gaining the most metagame share from Day 1 to Day 2.


After two weeks of Players Tour events, Pioneer has been forever changed. Where things go from here in the new format will be the subject of much discussion moving forward.

The Best of the Top 8: Thoughts, Distorted

As Jensen began his Top 8 run, he faced what might seem like a terrible matchup: Bursavich's White-Blue Control, which could lean on planeswalkers and permission to disrupt the Hall of Famer's combo deck from going off.

But Jensen had one key trick up his sleeve, and in his sideboard: Thought Distortion. And thanks to Fae of Wishes, he had access to it whenever he wanted. 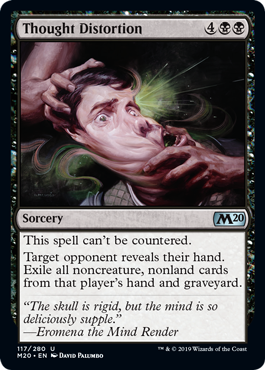 And that's exactly he did in dismantling the White-Blue Control deck in two straight games.

It was a punctuation mark on a dominant tournament for Jensen, and helped to clear his path to the finals.

All About that Championship Finals

Both Jensen and Burkhart are among the most well-respected players in and out of the pro community. Jensen, a Hall of Famer and 2017 World Champion, had more than his share of fans rooting for him, but as he said, "it's hard not to root for Corey." It was an incredible eighth Top Finish for Jensen, and it serves as a reminder of why the Team ChannelFireball member is one of the best in the world.

Burkhart, meanwhile, was trying to complete an incredible feat: winning the Players Tour after starting out 2-3. It was a rough start for a player who narrowly missed the Magic Pro League last year and entered 2020 still searching for what he's been chasing for years: an individual title. He had one from a team event in 2017, but his nine other Grand Prix Top 8 appearances had yet to yield a trophy to show for it.

But with his back up against the wall, Burkhart responded – he didn't lose another match, punching his Ticket to the Top 8 and then sweeping three more matches to complete the miracle comeback.

Can he win a Players Tour trophy as well? What an amazing career.


Of course, before the finals could begin, there were interviews. The calm before the storm – or, in Jensen's case – the levity.

The finals themselves didn't quite live up to the buildup, as Jensen kept a risky land-light hand in the first game. On the draw, he stood a good chance of finding another land and unlocking his explosive hand, but a Thoughtseize from Burkhart revealed the gambit, and when Jensen wasn't able to find the second land, Burkhart quickly found himself in need of just one more win.

In the second game, Burkhart had a key sideboard card in Damping Sphere, which slowed Jensen's Lotus Field down significantly. Of course, Jensen's mulligan down to four cards slowed him even more, and it wasn't long before Jace, Wielder of Mysteries provided Burkhart with a steady stream of card advantage that led to the victory he had fought so long for, and at the highest stage.

Fighting back tears of joy, it was a stirring victory that left everyone involved joyful for a worthy champion.

“Close” games. At least I lost to the nicest guy in the room. Congrats to @Corey_Burkhart. #TeamCFB #PTPhoenix


What an unreal weekend. I still cannot believe it. Thank you everyone it’s an honor. #TeamRIW #PTPhoenix #GrixisCabal 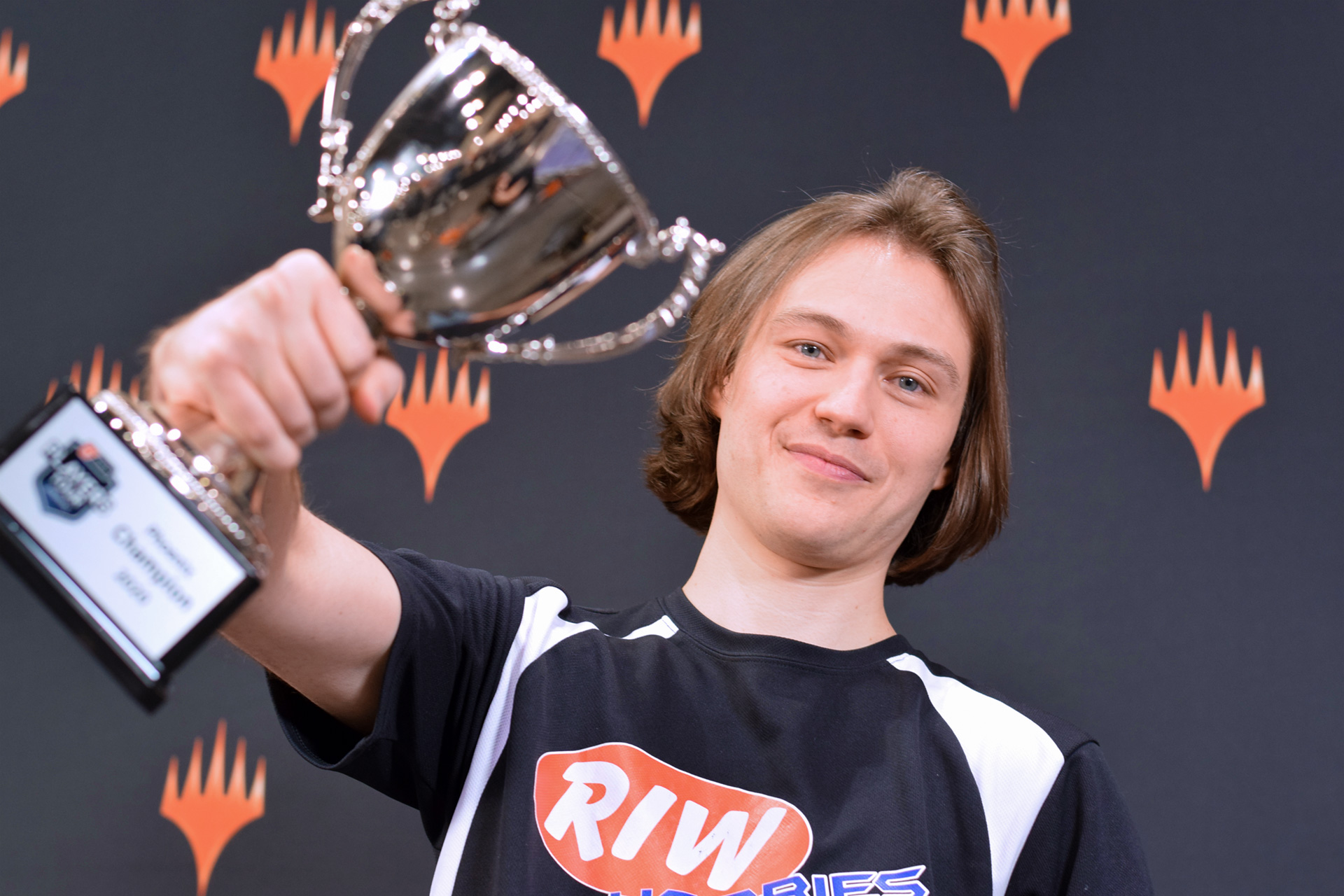