This year of Magic competitive play is unlike any that's come before. The postseason Gauntlet tournaments are among the highest-stakes events we've ever seen in the history of the game with qualifications directly to Magic World Championship XXVII, which carry with them a guaranteed $50,000 appearance fee plus cash prizes—plus league invitations for the 2021-22 season.

The first of these events will be the Challenger Gauntlet, taking place August 6–8. It features both Standard and Historic play, with 24 players striving to make the Top 12 playoff. Those twelve will battle down to a Top 4, earning invitations to the World Championship and the Magic Pro League for next year, with the other Sunday eight advancing to the Rivals Gauntlet for another shot at making the World Championship.

Where do you even begin preparing for such an event? 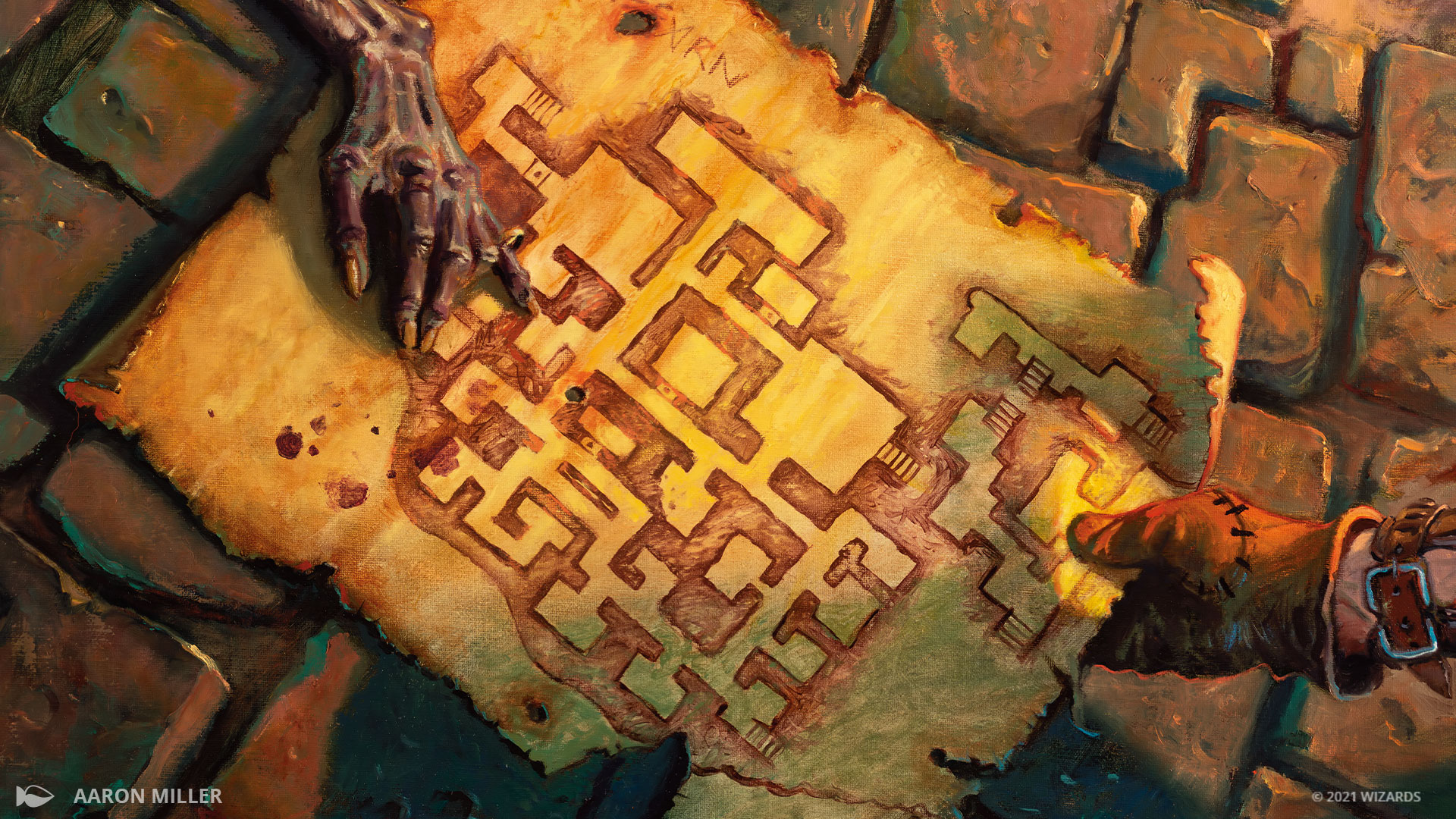 I'm seeking to answer this question for two reasons. The first is to offer everyone a preview of what we can expect this coming weekend at the Challenger Gauntlet. The second is because I'll personally be competing in the Magic Pro League (MPL) Gauntlet just one month from now—September 2–5!

Overall Process and What to Look for in a Deck

While each individual needs to find what works best for them, many will choose to break into small groups of two to four players in order to prepare as a team. Such a strategy feels especially good for this event given that there are four invitations up for grabs, rather than being a winner-take-all structure.

Particularly for a dual-format tournament, dividing the workload is easier than trying to take everything onto your own shoulders. Plus, the quality of practice you'll get from an equally-skilled, equally-invested competitor is difficult to find elsewhere.

Meghan Wolff interviewed some of the competitors in order to find out what they're looking for in their tournament preparation. Here's what Logan Nettles, who qualified via 4th place at the Strixhaven Championship, had to say: "With these small-field events there is a lot of luck and chance in choosing a deck that ends up being well positioned against the other competitors. I'm very confident in my abilities as a player, but I think choosing the right deck is the most important thing for positioning yourself to do well, so I hope I can find decks I'm confident in."

Nettles highlights the difference between competing against a known field of twenty-three other elite players, versus entering a larger open event.

In an event like this, you know that everyone will be very good, and everyone will be playing their hardest. While it's not impossible for someone to build a new breakout deck, you know that the top-tier strategies will be the ones most represented. You also know that nobody's going to show up with a "fun" deck, unless they really believe it'll give them the best chances of winning. This dynamic is critical, and I'll be coming back to it shortly.

If I was competing, the first thing I'd do is profile my competitors. What decks did they use to qualify? Do they have archetypes that they historically gravitate toward? If they're streamers, what decks have they been playing with lately? It doesn't hurt to "know thy enemy," and it can be useful to see if any patterns arise.

That said, Sam Pardee, winner of the Strixhaven Championship, had something different to say when he spoke with Meghan. "I think the main lessons from previous events that I'll carry into the Gauntlet is to not get too wrapped up in metagaming against specific players. In both of the Worlds I've played, we spent probably too much time trying to pinpoint what the other players were going to bring and counter that in some way rather than just bringing generically powerful decks. This time my focus will be on finding things that I think are well-rounded, play to my strengths as a player, and are strong against an open field."

Pardee cautions against getting so caught up in metagaming that you wind up missing the forest for the trees. He wants to find a strong deck that works for him, and not overthink things.

I like Pardee's use of the phrase "generically powerful" to describe his ideal deck. The concept of power is also very important to me, and usually means that I'm working toward something proactive to make things scary for the opponent. I want my deck to be capable of delivering impressive "nut draws," and no matchup or situation is ever completely hopeless, because I can always set up a game-winning play.

In other words, if I'm losing sleep over whether to play two s and one versus one and two s, this might be a sign that I'm on the wrong track and I should circle back to the concept of "generically powerful."

With the goal of finding something that's both powerful and matches up well against a metagame of elite players, let's take a look at the two formats.

Of the two, Standard is the more stable format. Dungeons & Dragons: Adventures in the Forgotten Realms was recently released, and has no shortage of playable cards to consider. That said, the new set is a drop in the bucket of an already deep and powerful Standard format—any strategy that's been strong for the past year or so is still strong.

In particular, the Adventure shell is not going anywhere. A healthy portion of the field will inevitably start their deck with four , four , and four . From there, you can round things out with white or blue as a third color, or can emphasize aggression and stick to the Gruul colors. However, the bottom line is that if a deck doesn't have an effective plan against , I'm scrapping it right away.

Two cards which I feel will be very important for this event are and . Don't be surprised to see sideboards packed with six copies between the two; it's not even out of the question that they could spill into some main decks!

When you know that the other players will be prepared for you, do you choose to fight through the answer cards or try to dodge them in some way?

I'll be excited to see how players approach this problem with their deck choices. Equally interesting, will we see sideboard plans that involve moving away from the creatures that are too vulnerable to and ?

Beyond the straightforward green and red creature decks, there are a handful of wild card options out ther: Jeskai Mutate, Cycling, Rogues, Sultai Ultimatum, and Izzet Dragons could all show up. I'm particularly curious if will make an appearance, since it does match up well against both and .

Historic is more difficult to predict than Standard. This is particularly true after the recent suspension of .

Personally, I'd try to choose my Standard deck relatively quickly and decisively, in order to spend more time on Historic. In Standard, I believe we can expect competitors to show up with a reasonable and fairly well-understood strategy. In Historic, the rewards for finding a great deck will be higher—with the danger of choosing something that falls flat will be an early end to your tournament.

Where that leaves things, however, is unclear. Is Phoenix still the best deck? Did Jeskai Control overtake it as number one? Are both decks now weaker than non-blue decks like Jund Sacrifice, Orzhov Auras, or Goblins? These questions aren't easy, and competitors must gather accurate answers prior to deck submission.

For me, the wild cards are the combo strategies. Two weeks ago, I wouldn't have touched because of how weak it is against cards like , , and . However, if people now gravitate toward non-blue decks, combo could hypothetically steamroll the tournament with minimal resistance.

I'm not sure if I'd have the courage to choose either a fragile combo deck or a non-interactive creature deck. I'd gravitate toward something like Jeskai Control, or a deck, where I thought I'd have a fighting chance against a wide range of strategies. There's no such thing as "playing it safe" in an event like this, but psychologically I find things most stressful when I feel as though I'm taking a risk on the metagame breaking in a certain way.

However, putting yourself in the right position in this dangerous game could pay dividends. Moreover, Historic is a format where we should expect the unexpected. The card pool is deep, the possibilities are endless, and these are very strong players competing for high stakes: that might be just the crucible we need for an awesome new deck to come to life.

Watch the excitement of the Challenger Gauntlet unfold August 6–8, live at twitch.tv/magic!