It's the midseason mark to the 2020-21 season for league competitors at the January Zendikar Rising League Weekend as the Magic Pro League and Magic Rivals League kick off the first battle of the 2021 calendar. 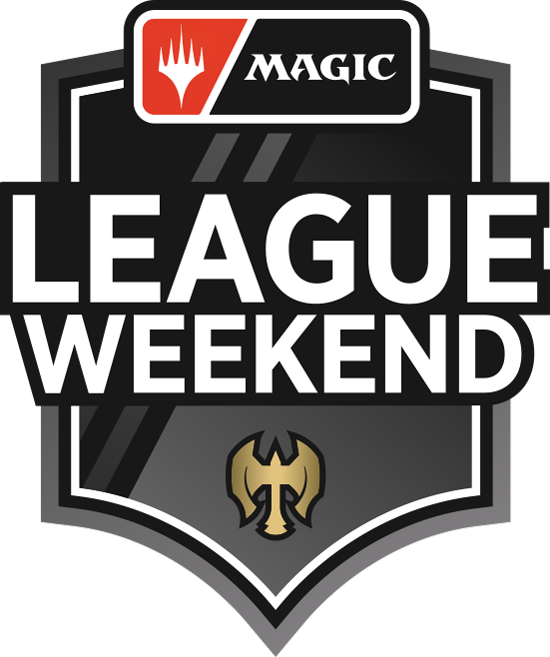 With all 70 players of the MPL and Rivals League streaming live and playing online through MTG Arena, everyone can follow their favorites battling for $400,000 in season prizes and postseason playoff spots. Learn more about League Weekends and the race to the playoffs—and watch the story unfold live.

The January Kaldheim League Weekend will be streamed live January 16 and 17 on twitch.tv/magic, beginning at 8 a.m. PST (11 a.m. EST/4 p.m. UTC) each day. Since the round-robin pairings are already set, that means we can lock in the most compelling matches to be featured on stream. Here’s what you’ll see on our broadcast this weekend, beginning with the Rivals League (all match start times are approximate and in PST).


The friendly rivalry between top-ranked Luis Scott-Vargas and Matt Sperling doesn't feature a head-to-head match this weekend, but both players will be looking to lock in an undisputed No. 1 slot after their finishes at the Zendikar Rising Championship ended in a tie atop the Rivals standings. Scott-Vargas had a solid run into Day 2 but it was Sperling who made up ground with a narrow miss at making Top 8.

Behind them waits Jacob Wilson, one point back after finishing just outside the Top 16 at the Championship, and a scrum of Rivals at 15 points: Shintaro Ishimura, Christian Hauck, Bernardo Santos, and Luca Magni—fresh off his breakthrough Top 8.

Watch as Saturday's feature matches begin strong and ramp up to end with co-leaders Scott-Vargas and Sperling taking their shots to at pulling further ahead of the pack.


The Sunday MPL showdowns feature all four of the players who made Top 8 at the Zendikar Rising Championship:

Even more of the top-ranked MPL appear Sunday too, as Japan's star of the 2021-21 season Rei Sato can prove he's ready to battle back into a top spot by defeating World Championship XXVI finalist Márcio Carvalho. Plus French standout Jean-Emmanuel Depraz can take down fellow European hero Martin Jůza as part of his journey climbing up to the top of the standings.

In addition to 12 selected feature matches—six Rivals League matches Saturday and six MPL matches Sunday—competitors will be sharing each of their matches on their personal streams. With 70 competitors and 408 total matches, you can watch your favorite players all weekend long.

Decklists will be published on Magic.gg Saturday, January 16 shortly before the start of the League Weekend. You'll also find exclusive content by following @MagicEsports on Twitter and the hashtag #MTGLeagueWeekend.

Preliminary standings will be provided throughout the broadcast and shared by @MagicEsports on Twitter at the end of the League Weekend. Official standings and League Weekend match results, as well as a recap from across the league, will be updated on Magic.gg after the event.

When Will League Weekend Decklists Be Published? 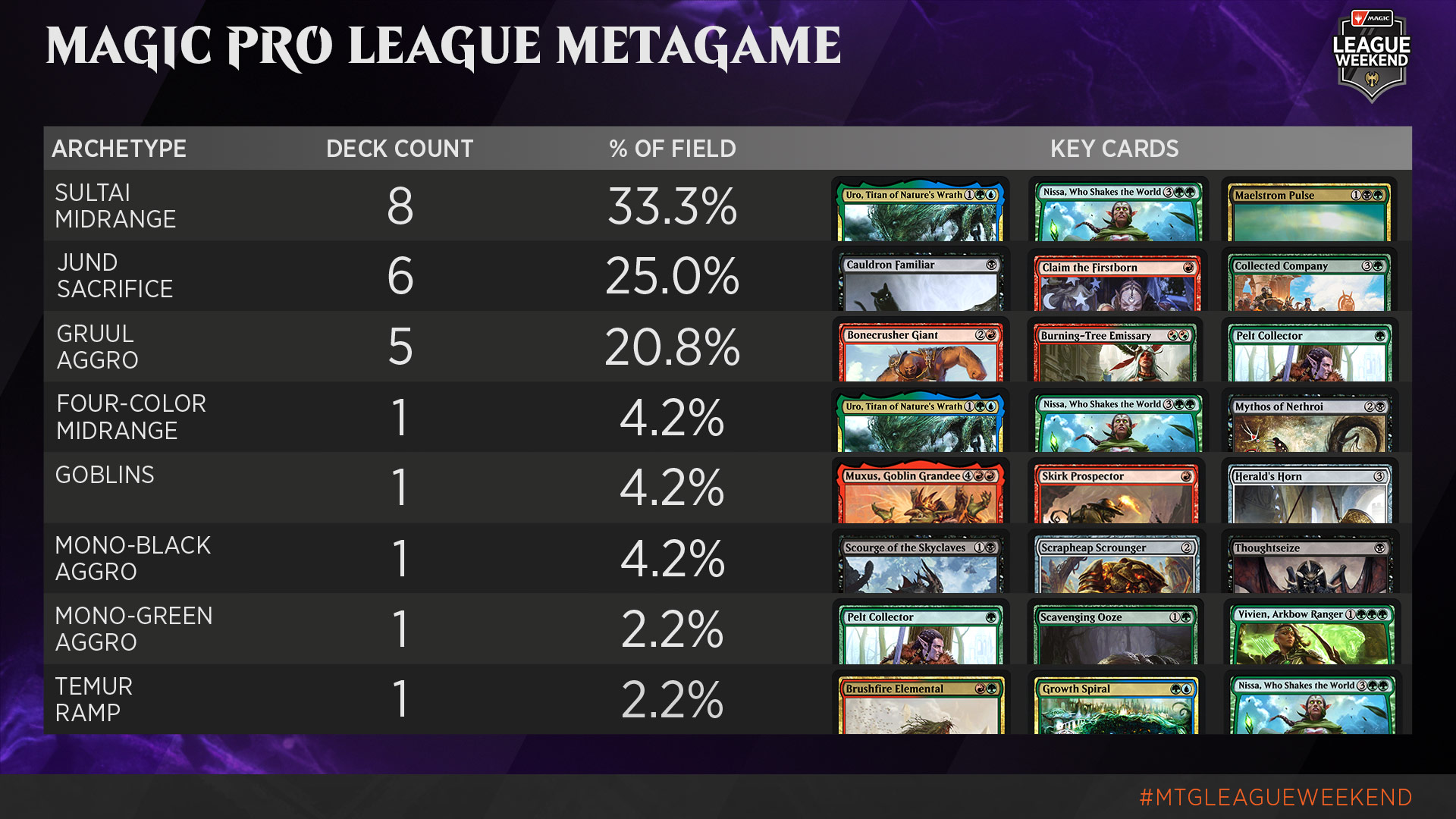 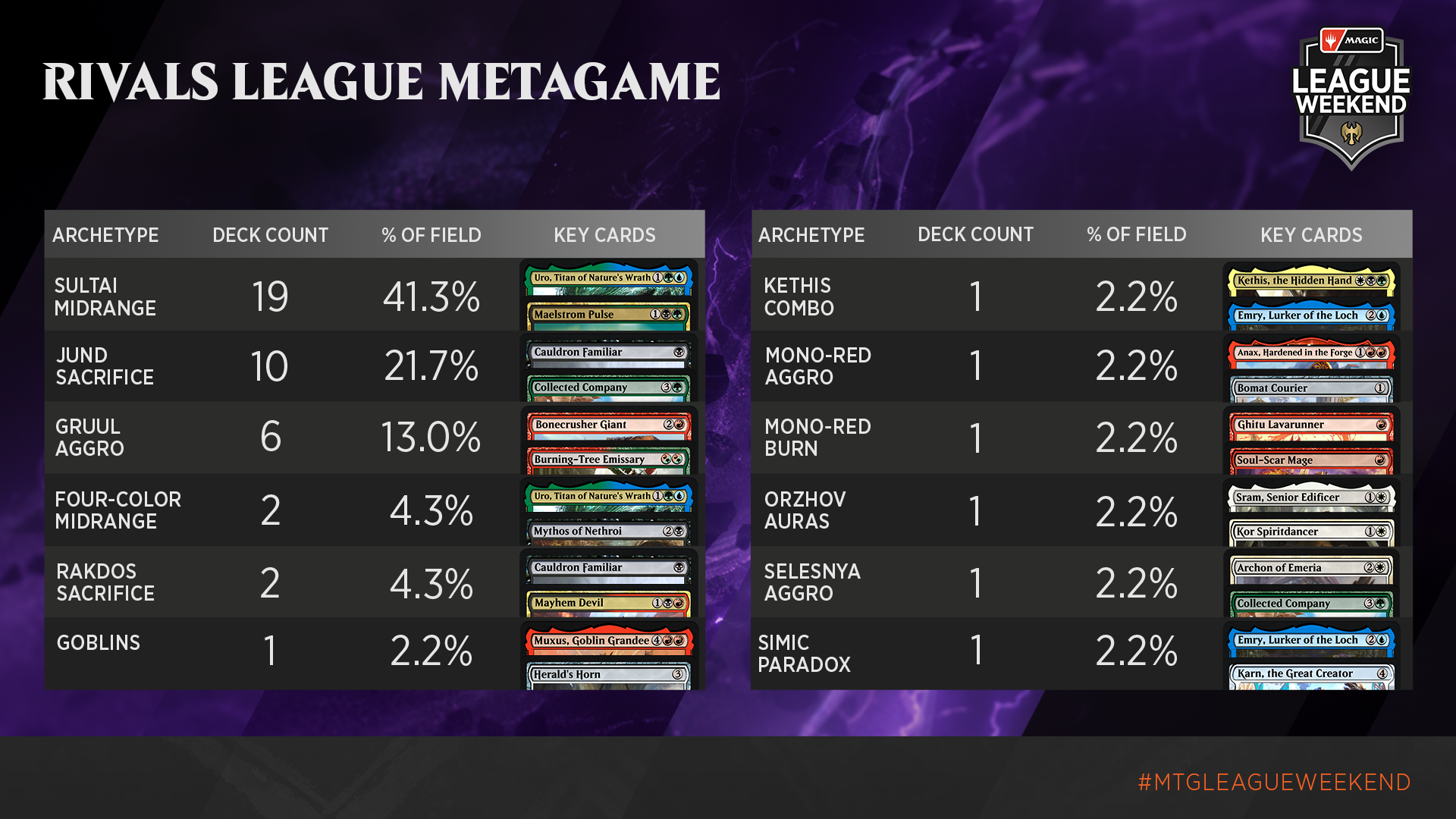 Decklists are available now! Check out the League Weekend hub for all the details.

Decklists are open and players will be able to review their opponent's Constructed decklists anytime throughout the League Weekend.

Who Are The Casters? 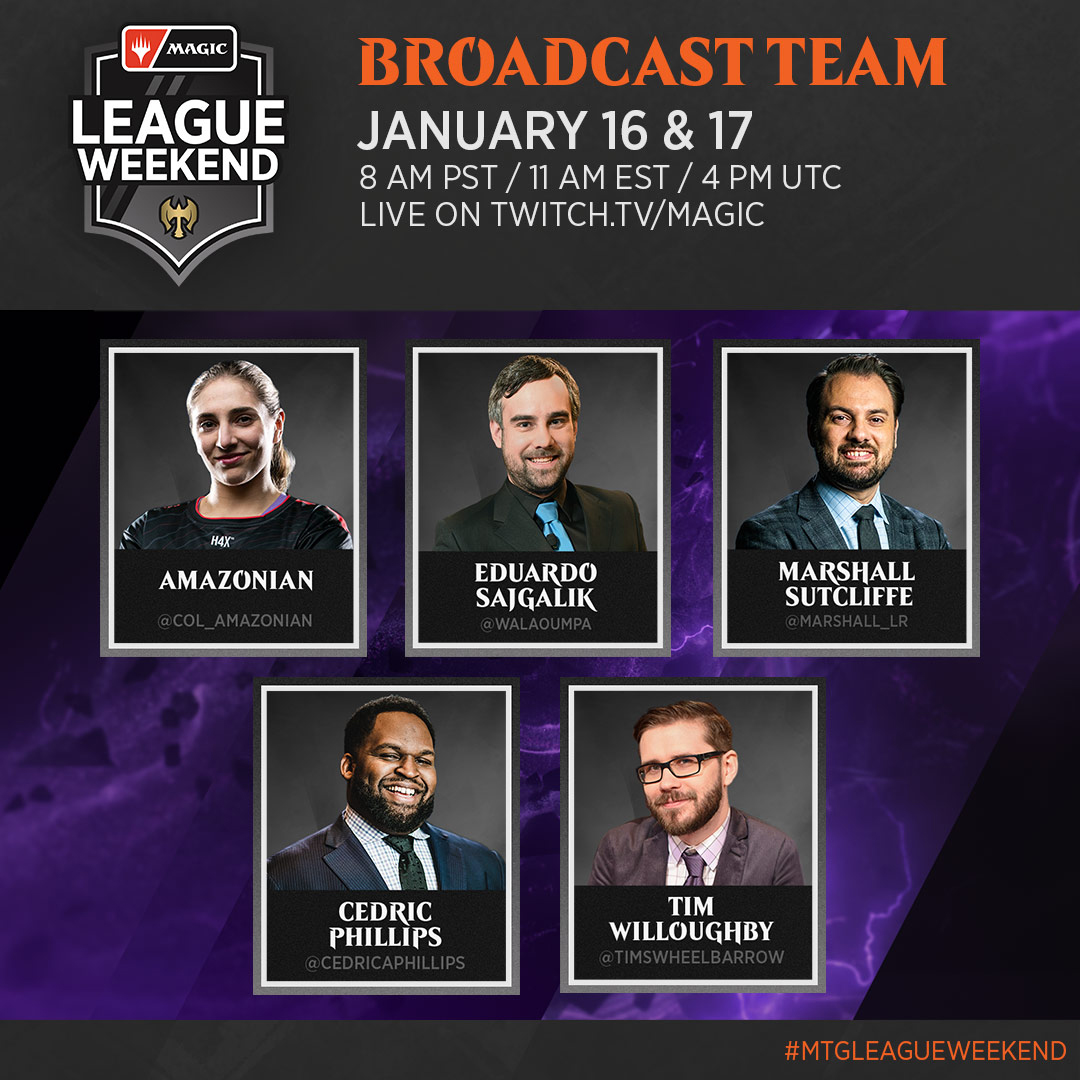 Check out the League hub for the complete January Kaldheim League Weekend pairings.

You can learn more about League Weekends here.

How Much Money Is On The Line?

There's a $400,000 prize pool divided across three splits—Zendikar Rising Split, Kaldheim Split, and Strixhaven Split—with $50,000 each for the MPL and Rivals League, as well as an end-of-season bonus $50,000 for each league. Competitor league standings at the end of each split determine prizes.

Here's how it breaks down by league:

The January Kaldheim Weekend is the first of two League Weekends in the Kaldheim Split, which concludes with the Kaldheim Championship this March.


What Is The Format?

MPL and Rivals League competitors will play 12 matches, six each on Saturday and Sunday.

Each match victory is worth one point toward a player's league standings.

Players will play each other player—round-robin pairings—in their league over the season. The season has three splits, with the first two—Zendikar Rising Split and Kaldheim Split—featuring two League Weekends each. MPL competitors play each other twice during these splits—46 total matches—while Rivals players play each other once—45 matches.

You can watch all 12 selected feature matches for the January Kaldheim League Weekend live on twitch.tv/magic.

Looking to follow your favorite player? The League hub's Player Streams have you covered with links that show you when they're streaming live.

Following Twitch's Content Sharing Guidelines, you can co-stream the League Weekend broadcast from twitch.tv/magic using OBS or XSplit. This allows anyone on Twitch to cover the event in their voice and with their community. To be clear, co-streamed content is not endorsed by Wizards, and we expect anyone who participates in co-streaming to follow Wizards' Fan Content Policy.

How Can I Qualify for the League?

Your journey to join the Magic Pro League or Magic Rivals League begins on MTG Arena. The January 2021 Ranked Season is underway now. Finish in the top 1,200 ranked players at the end of the month to unlock your invitation to the February Kaldheim Qualifier Weekend.

Ascend to the Kaldheim Championship, taking place March 26-28, and prove yourself as a Challenger on the path to the MPL and Rivals League!