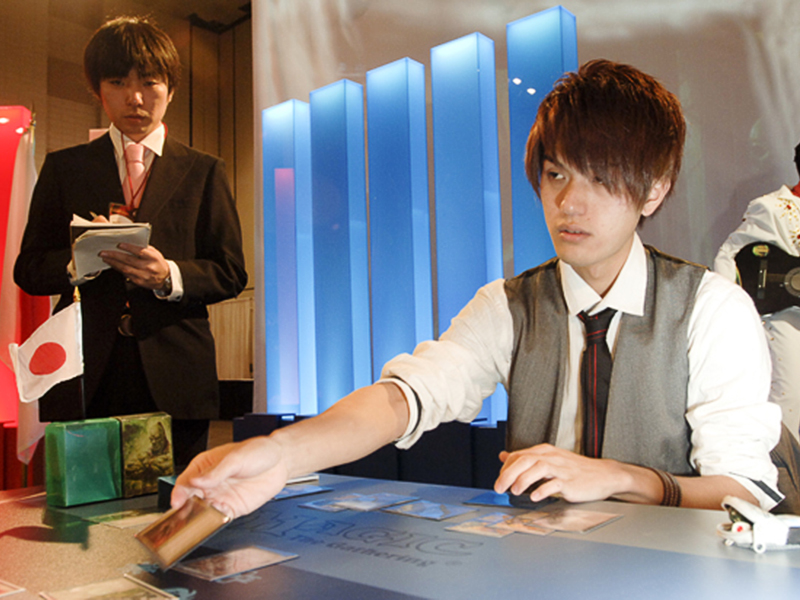 Kenji Tsumura made history in 2005 when he became the first Japanese player in the game to win the Player of the Year title during an amazing breakout season that saw him playing on Sunday three times—Pro Tour Atlanta, Pro Tour Los Angeles, and Pro Tour Philadelphia—and quickly become a fan favorite for his keen play skill and abundantly evident good sportsmanship.

His Pro Tour career started a few years earlier at Pro Tour Chicago 2002, which was the first time he was able to travel outside of his country and get a true measure of himself as a Magic player.

"To be honest, I thought I could make Day Two before attending the PT, though my score was 3–4 and I wouldn't make Day Two until my fifth Pro Tour," recalled Tsumura. "I watched some games of Kai (Budde) and Masashi (Oiso) and I realized that I needed more skills to win. However, I was really lucky because I met a ton of good friends and I could improve my skills with them. I made a lot of friends with Magic. Magic gave me everything: friends, experiences, and vital things for my life. It is not a mere game for me. It's my life."

Despite his successes, Kenji was not confident he would get elected this year and was nervous that voters would have forgotten about him and his good friend Oiso.

"No, I didn't (think so) because there were so many good candidates," he admitted. "Hall of Fame is the most honorable thing for me, and furthermore, getting into Hall of Fame with my best friend is the best damn thing."

Tsumura achieved six Pro Tour Top 8s in his career and became a powerhouse on the Grand Prix scene with twelve Top 8s and two wins. Tsumura is driven by the lack of a Pro Tour win and will avail himself of the opportunity to play on the Pro Tour now that he can.

"I will play most of all Japanese GPs and PTs and some foreign PTs. Becoming a PT champion—maybe seven times—is still my dream," Tsumura said before tempering that with a nod to his adult life. "But I must spend my time for job hunting. Therefore, I will skip some GPs and PTs next year." 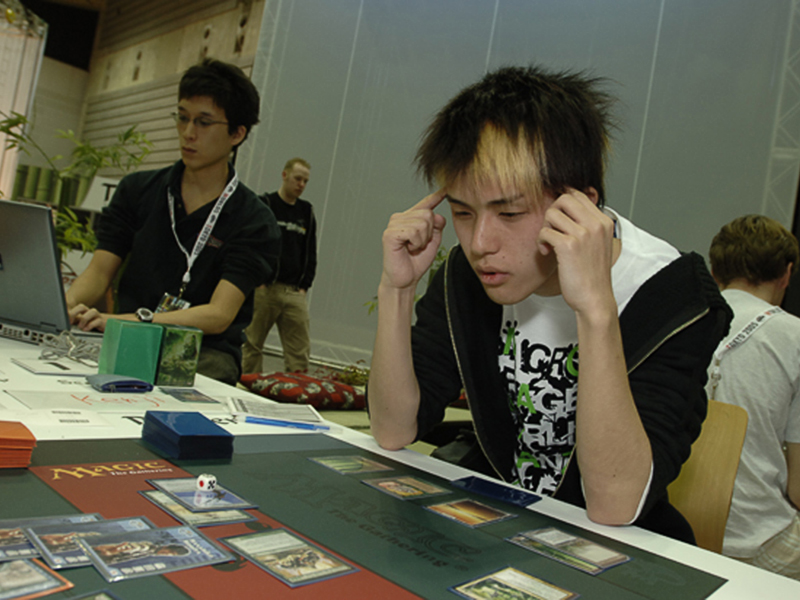 Stories about Kenji Tsumura are woven through his career and take on the flavor of Tall Tales. His despair over not being able to stop all of his opponents at Grand Prix from losing to their own Pacts was even more amazing than the fact they he did stop multiple opponents in time and reminded them to pay their upkeep costs.

His run to the 2005 Player of the Year title saw him vying with his best friend on the Pro Tour in Masashi Oiso while forging a new bond with France’s Olivier Ruel. The three of them continued to race down to the wire—all three earned Top 8 finishes at Grand Prix Beijing the week before Worlds in Yokohama, where Kenji secured the title on the final round of Swiss play.

In his post-tournament remarks after becoming the first of what would be many Japanese players to win the Player of the Year crown, Kenji announced that he hoped to become better at Limited during the coming year. He apprenticed under the finest Limited players he could find and promptly went out and won two Limited Grand Prix that year. It was a stunning announcement in the light of his amazing season that was backed by stunning results.

He also posted a Limited Top 8 on the Pro Tour that season when he found himself with no losses to give on Day Two of Pro Tour Kobe. He rattled off win after win playing with briskness and determination through a Day Two that was essentially a single elimination tournament for him.

Even with his Hall of Fame induction Tsumura felt the need to give something back in the wake of his election.

"Again, it is the most honorable thing for me, and I feel that now is the time to do something good for the Magic community," said Tsumura. "Playing on the Pro Tour as a Hall of Famer is the kind of act which I can do, and I want to write more articles to contribute to the community."

Tsumura wanted to express his thanks to the people who have contributed to his career.

"I want to thank almost all my Magic friends, but especially Itaru Ishida, Katsuhiro Mori, Chikara Nakajima, Masahiko Morita, Rich Hoaen, and Masashi Oiso. I couldn't make good results, even make Day Two, without their help. I really want to say thank you for my family too. I was a really bad student and bad boy, but they always treated me with kindness and cheered me up even when they knew I was not good at Magic. I don't have a word which can describe my mind perfectly, but I want to say… thank you." 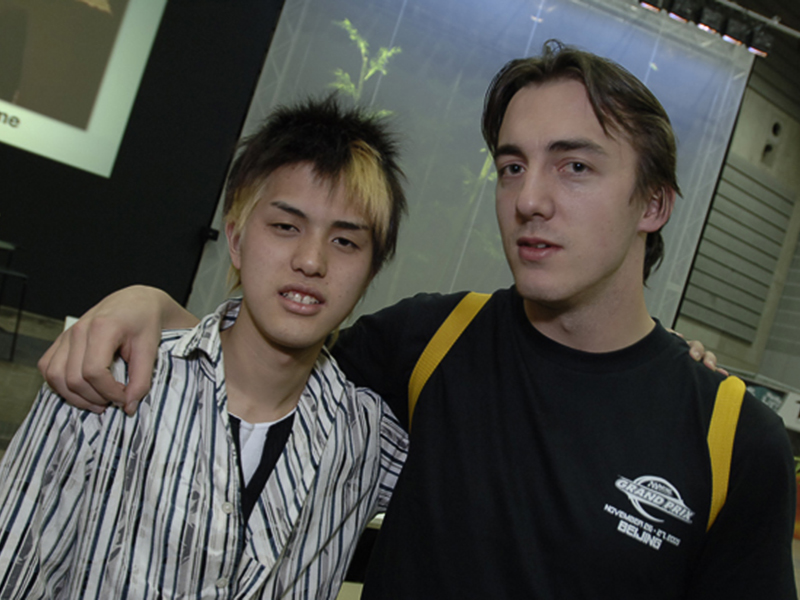