Raphaël Lévy knows pressure. He's played in three Mythic Championship Top 8s, including the 1998 Magic World Championship. He's represented his country, France, at the World Magic Cup and captained the team to a title in 2013. Success in his professional career led to his Magic Hall of Fame induction in 2006. He's even been through one of the most stressful moments possible: the birth of his first child.

But as he hunkers down to prepare for Mythic Championship VI in Richmond, he's never been quite this nervous.

"This is so much more than that."

Indeed, Lévy confessed he has so much riding on this tournament that he's essentially put everything else in his life on hold to prepare. That means professional projects, an in-progress home renovation, and certainly any thoughts of free time.

"When they announced the MPL I knew it was going to be very hard to qualify, and I really wasn't sure what I was doing with Magic," he recalled. "I had lost my content gig and there wasn't any more Grand Prix coverage to do. Honestly, it was a rough time, especially with a little one at home, and I was very down."

Lévy may have been down, but he was not out. You don't put together a Magic Hall of Fame career by giving up easily.

"I played the first Mythic Championship of the year and went X-5 with Merfolk and earned points, which was pretty sweet," he said. "I was going to finish the season doing the best I could, but I wasn't sure what would come next. But I felt like the next step in Magic would be streaming, and since I now had the time, I figured 'Why not?'" 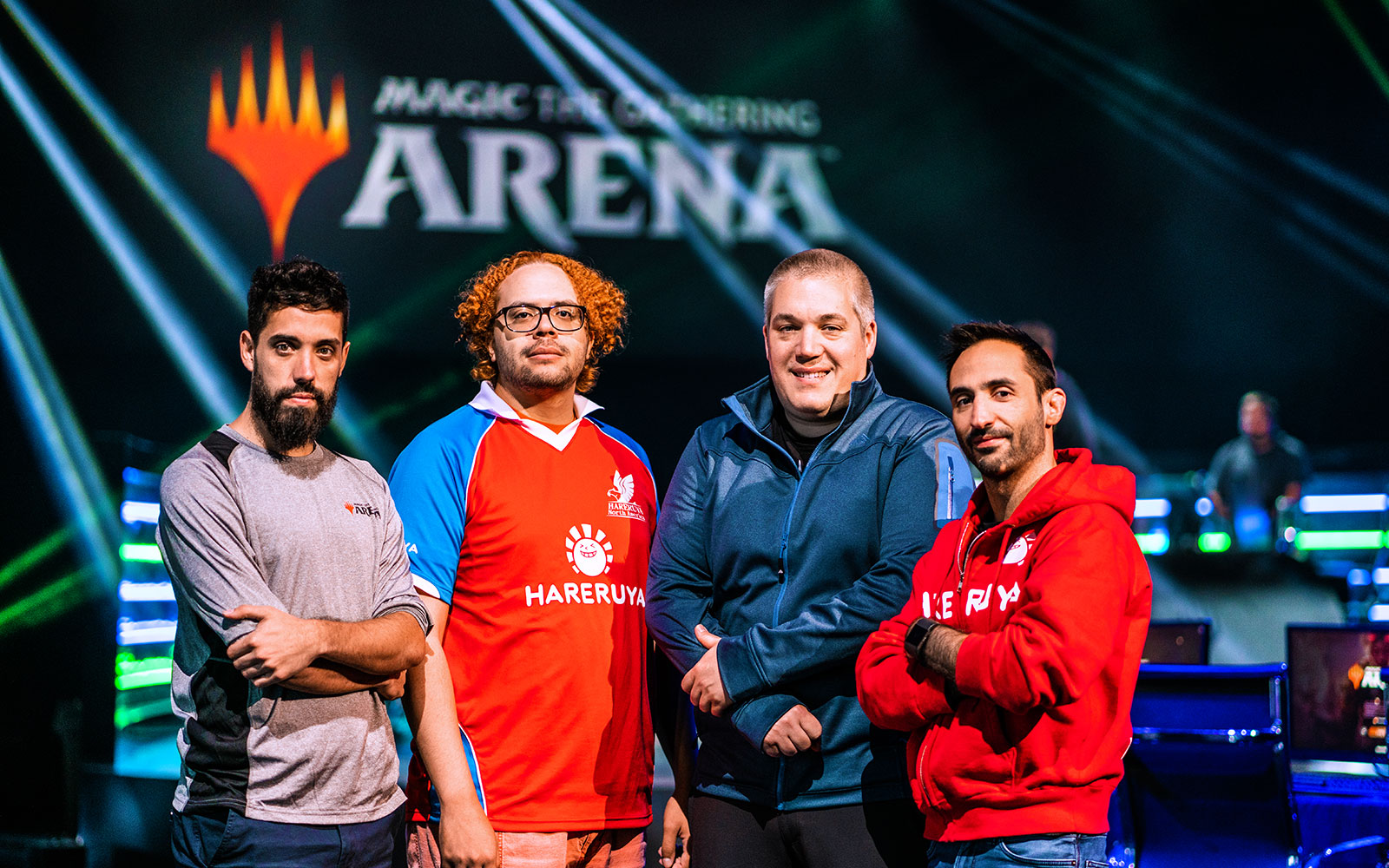 Raphaël Lévy, right-most, was among the Top 4 Challengers at Mythic Championship III.

Lévy expected streaming MTG Arena to take off, and he was right. What he didn't expect was how much he would enjoy it.

"I love it—I wouldn't do it if I didn't like it," he explained. "I was streaming Zombie Loam in Modern, which people loved to watch, and I was streaming Shandalar before it was cool. People really enjoy just hanging out in the stream. I log in and people come right away. I get messages like 'My lunch breaks are so much better because I'm following you.' and it really makes it a great experience."

Streaming has been a success for Lévy, and it was a critical turning point for him personally as he had found his way back into Magic. Now he's aiming to complete his unique journey: old-school professional player and Hall of Fame member-turned-commentator-turned-streamer-turned-professional again. He received an invite to the first Arena Mythic Championship in Vegas over the summer and put together a Top 16 run, earning him additional Mythic Points as he moved up the Challenger leaderboard. He followed that with additional points at Mythic Championship IV in Barcelona to place himself at the top of the standings.

He knows that Richmond may be his final opportunity to add to that total.

"Making it to the MPL could be my job for the next one to three years, and it might all come down to one tournament. I try not to think about it too much," he said knowingly. "I needed one more win in Barcelona to lock points, and then I lost three straight matches before I won in the last round."

No matter how many tournaments he's won, regardless how many times he's been in the Top 8, and not even the Magic Hall of Fame ring he earned—none of that makes those tough moments any easier. Nor does knowing it's not just his future, but his family's, that will be impacted.

The one thing does help is the support Lévy has backing him up.

"This is very hard, psychological stuff," he explained frankly. "I train Brazilian ju-jitsu to help take care of my mental health, and I know it's hard for my wife Monica with the little one at home. When you prepare for a tournament, you can't do it halfway. It's hours and hours of dedication, four or five-hour sessions at a time. If I miss out because I lost games of Magic, I'll get over that. But if I lose because I didn't prepare, that would be much harder to get over. So I have to put in the work."


"Monica is always there, always supporting me. I'm messaging her every time I win or lose—she's living this, too. We're sharing this. I keep saying that come November, this will all be over one way or another. Either we'll have a happy ending—we're going to have to sweat other people passing me—or we'll be disappointed. But either way, we'll be through it together."

Lévy knows pressure, and he knows the power of a little humor. He ends things with a smile and a small laugh.

"I'd rather have the happy ending."