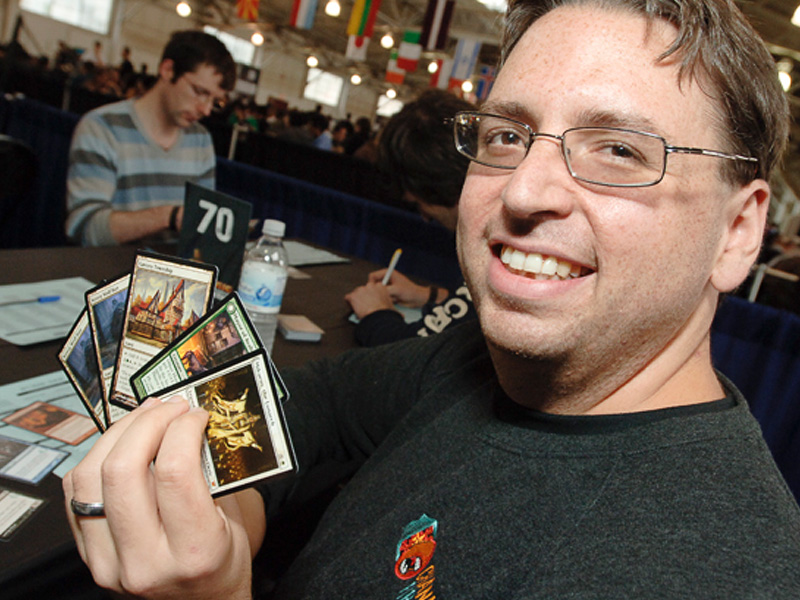 When you talked to anyone on either the Hall of Fame Selection or Player Committees about the 2013 ballot, the name Luis Scott-Vargas was inked on top. Known affectionately as LSV, his résumé as a player, community builder, and paragon of good sportsmanship put him at the top of the class regardless of what order you ranked the criteria for Hall of Fame. Even the modest player from the Bay Area himself expected that his name would be called when the ceremony at Pro Tour Theros in Dublin commenced.

"Even looking at it objectively I had pretty good stats compared to everyone else on the ballot. That was enough for me to feel pretty comfortable," said Scott-Vargas, who appeared on all but a handful of ballots.

No player has been unanimously voted into the Hall and LSV did not think he would be the first. "I would obviously hope for it but I did not think it was very likely. I thought it was wrong when Finkel and Kai and Nassif did not get 100% of the vote. That is what I have always felt. I don't like gaming the system."

Despite knowing it was all but a foregone conclusion that he would be elected, he did feel as though a valve had been turned to lessen some internal pressure when he finally got the good news.

"It felt really awesome. Even if it was something I thought was going to happen it was still a relief and something I really wanted to happen. It was a culmination of a lot of what I have played Magic for," said Scott-Vargas, who will now not need to chase after his Players Club status while trying to balance a professional life outside of the game.

"I was already thinking of backing off Grand Prix and not going to the ones that are not easy to go to and this just makes that a slightly easier decision."

Like his teammate and fellow 2013 Hall of Fame inductee Ben Stark, Scott-Vargas began playing nearly twenty years ago when he and his oldest friend Seth each armed themselves with a Revised Starter Deck and a booster pack of The Dark. They played constantly against each other, even if they did not fully understand how to play the game correctly—much less at the high levels that LSV would dominate later in his career. He stopped playing for a little while but even then stayed on top of news about the game and its competitive environment.

He began chasing the PTQ scene in the early 2000s and once he came close to the Top 8 he had the fever—even if the now-seasoned world traveler could not possibly imagine leaving the ground to play the game.

"The guys at the local shop I was playing in were going to a PTQ and said it would be fun. I said 'Okay I will go.' It was fun. I lost to David Ochoa playing for Top 8, so after that I was definitely a little more fired up," he recalled. "There was a Pro Tour in San Diego and I really wanted to qualify since I could drive to it—this was before I ever even considered flying to a Magic tournament. I had Top 8ed a PTQ for New Orleans and then conceded to a friend because there was no way I was going to fly to a tournament—that just didn't make any sense."

He did manage to qualify for that event (and even made Day Two, although he did not cash) and it told him that he belonged. The cash would come a year later when he found himself in a battle for the Top 8 of Pro Tour London in the final round of Swiss play.

"I ended up qualifying for London in 2005—David Ochoa also qualified for that one—and at the end of Day Two was 11–3 and was the only player who could not draw into Top 8. Tomi Walamies could draw but we had to play. I ended up losing and finishing 14th." 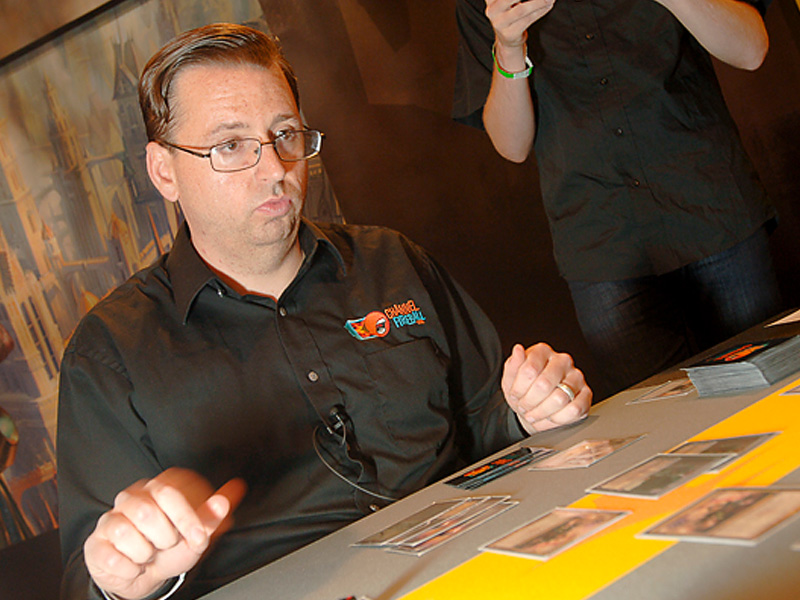 He could have become one of the many players who crash upon the rocks off the coast of the Top 8, never to test those waters again. But just one year later he burst onto the scene alongside one of his closest friends in the game at US Nationals.

"What really got me started was when Paul Cheon and I did well at US Nationals (in 2006). It was the first real breakout performance for both us. We were both on the National team, Paul won the tournament," said LSV, who would win Nationals himself a year later.

"That was pretty much up there but winning the Pro Tour in Berlin—that was also my first Pro Tour Top 8 and that was something I had been hoping for, for some time. It was a pretty big deal, winning there. Paul was there, as was my roommate at the time, Matt Benjamin. He also qualified and we played Round 1 of the tournament." He laughed before adding: "The friendships are really why we are at the Pro Tour."

Scott-Vargas would go on to dominate the Pro Tour from that point on, including his memorable Finals match against fellow Hall of Famer Gabriel Nassif in Kyoto 2009 and his perfect 16–0 Swiss record at Pro Tour San Diego 2010—the only player to ever accomplish such a feat. All in all, he would reach the Top 8 of a Pro Tour five times thanks in no small part to the dominant ChannelFireball super team he assembled—which now boasts five Hall of Famers with Scott-Vargas and Stark joining the murderer's row of Brian Kibler, Paulo Vitor Damo da Rosa, and Shuhei Nakamura.

While there had been super teams in the game's past, they had become much less prevalent in the mid-2000s. Under LSV's guidance, the team adopted rigid playtesting schedules and would establish a team practice headquarters in the city of each Pro Tour for a week in advance. While other teams have formed and had similar success in recent years, Team ChannelFireball had a clear competitive advantage on the field and would set the tone for each format's metagame with its monolithic performances.

Getting rewarded for that hard work and preparation with a Hall of Fame ring was gratifying for the Pro Tour Berlin champion.

"It is a recognition of why I play Magic—and how long I have played Magic—and what the game has meant to me. It has been a huge part of my life and is responsible for me knowing a vast amount of the people in my life. Getting into the Hall of Fame was just a culmination of all those things. I don't know where my life would be without Magic. And I am not particularly interested in finding out."

Friendship was a recurring theme for the new Hall of Famer as he reflected on his induction, and that is where his heart went when asked about who he wanted to thank upon learning of his election.

"Me and Paul Cheon started on the Pro Tour together, and even though he had to leave in 2008, he was a huge part of it. David Ochoa, Josh Utter-Leyton, and all the guys on Team ChannelFireball all made it possible for us to have the great results that I have had—like Paulo Vitor Damo da Rosa, one of my oldest friends on the Pro Tour. All those guys, old and new, are the ones who I would not be in the Hall of Fame without." 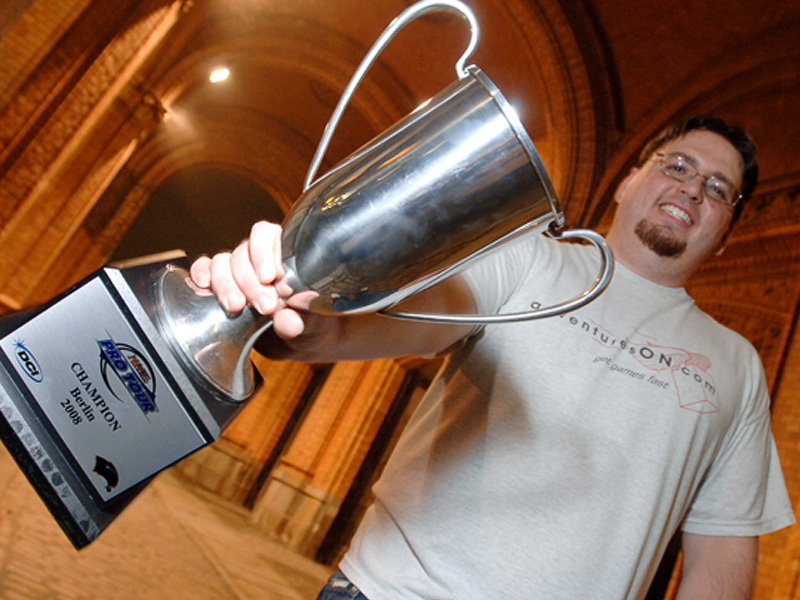