Sixty-eight players arrived in Las Vegas for Mythic Championship III, and just four spots awaited in Sunday's final competition. A historically talented field of players were on hand for the first MTG Arena Mythic Championship, and the Top 16 was an even more stacked field.

Those 16 returned today, and just four survived to battle it out on Sunday. 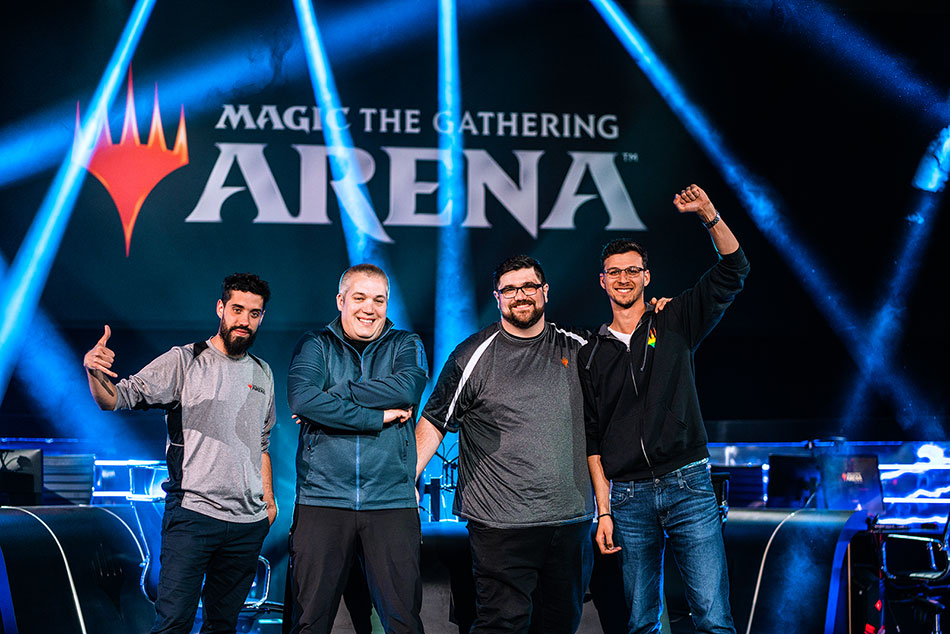 Most Mythic Championship III players spent their entire weekend battling on the tables of Arena, with long days of matches and nailbiting elimination matches.

Brad Nelson took a slightly less eventful path to the Top 4 – he played just three matches here in Vegas to advance to Sunday – but it might just be the most impressive performance of all.

That's because Nelson's path to the Top 4 began long before this weekend – in fact, he's on the longest winning streak of anyone this weekend. His incredible undefeated run through the Emerald Division of the Magic Pro League included winning seven straight matches and earning a berth into the Top 16, then knocked off fellow MPL members John Rolf and Shota Yasooka before taking down the upstart Matias Leveratto to lock up his spot in the Top 4.

He's done it again. There may be no competitor at Mythic Championship III more feared in a small tournament than Shahar Shenhar. The back-to-back World Champion in 2013 and 2014 and after some time away from the game returned with a vengeance and quickly made his way back to the top of the Magic world over the past two seasons.

Now he's looking to add another piece of hardware to his collection, and very few players in the world can boast of more success on the Sunday stage.

Unfortunately for Shenhar, Budde is one of those very few players. The German Juggernaut is a living legend – his seven Pro Tour/Mythic Championship trophies the most in history, more than double the next-closest competitors (Jon Finkel and Dirk Baberowski). "Kai doesn't lose on Sundays," as the old saying goes.

But Budde has proven this weekend he's not just a fixture of Magic's past – he's a part of its future as well. His impressive run here in Vegas now ends with a chance at yet another Sunday victory stage.

Leveratto has played his fair share of competitive Magic, but that was years ago. He gave it up and thought he was out – he'd always love Magic but the competitive grind just wasn't possible for the Argentinian native.

But then came MTG Arena. And it wasn't long before Leveratto was pulled right back in. And why not? Arena was the perfect outlet for Leveratto's drive to play, and when it was announced that you could qualify for the Mythic Championship via Arena, Leveratto was all-in.

And for good reason. He worked hard to climb the ladder and his dedication paid off with a trip here. But never did he expect to convert it into a Top 4 appearance, and now he'll return with a chance to complete the Cinderella run with a victory.