You already know that the Mythic Invitational is going to be extraordinary, but now that the draw has been made, it's becoming increasingly clear that this could be the single most exciting tournament Magic has ever seen. Remember, two losses mean the end of the road, so half of each group of sixteen players will be facing elimination beginning Round 2. How does a viewer navigate through this avalanche of amazing matches across all four days? Follow along to find out!

Group A opens the show with some big-time matchups. Two Pro Tour winners clash in Wyatt "wd40rocks" Darby vs. Gerry Thompson, while Hearthstone champion "Thijsss" opens against another Pro Tour winner Andrew "Aje8" Elenbogen. It's not hard to imagine Grand Prix Champion Jessica Estephan making it out of the group, but the battle will be intense. She opens against Hall of Famer Yuuya Watanabe and needs an immediate win as the loser of that match faces four straight elimination matches, with potential opponents including Ondřej Stráský, Matt Nass, Alexander Hayne, Lucas "Lewk" Faley, and the loser of the bone-crunching Round 1 matchup of World Champion Javier Dominguez and Japan's Ken Yukuhiro. 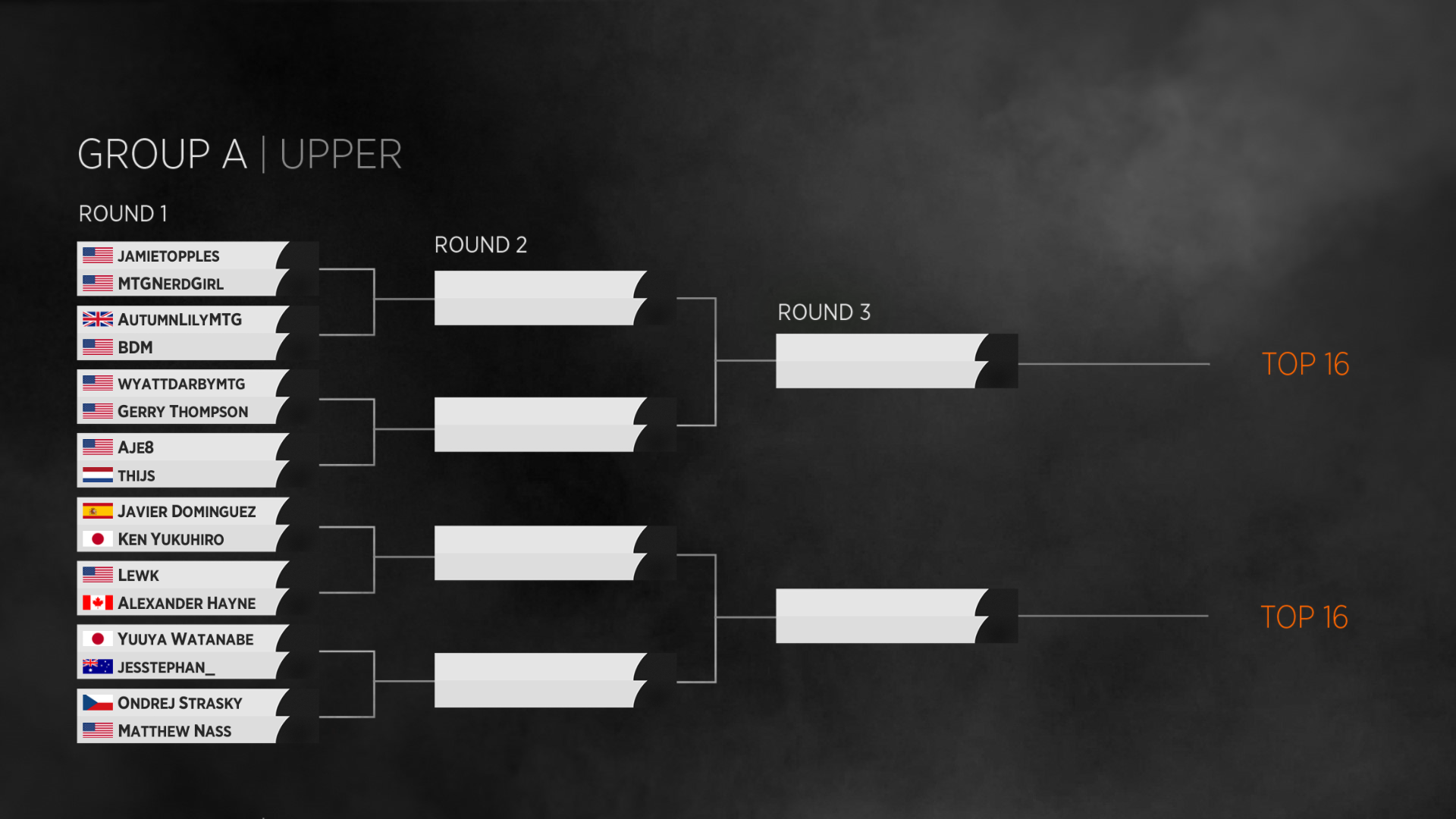 As we head toward the climax of Group A, the sixteen hopefuls in Group B will begin their epic journey toward the $250,000 first prize. The big clashes early in this group see Hall of Famer Ben Stark facing Italy's World Magic Cup winner Andrea Mengucci, and reigning Player of the Year Luis Salvatto taking on yet another Hall of Famer in Lee Shi Tian.

If the draw has been kind to anyone, it could be MTG Arena Mythic Qualifier Zachary Kiihne. He will probably start as favorite against "Skybilz," and would, with success, face the winner of "Amyzonian" and "LegenVD." That would set up a Round 3 win-and-in, potentially against two-time World Champion Shahar Shenhar, who is the biggest name on other side of that group. 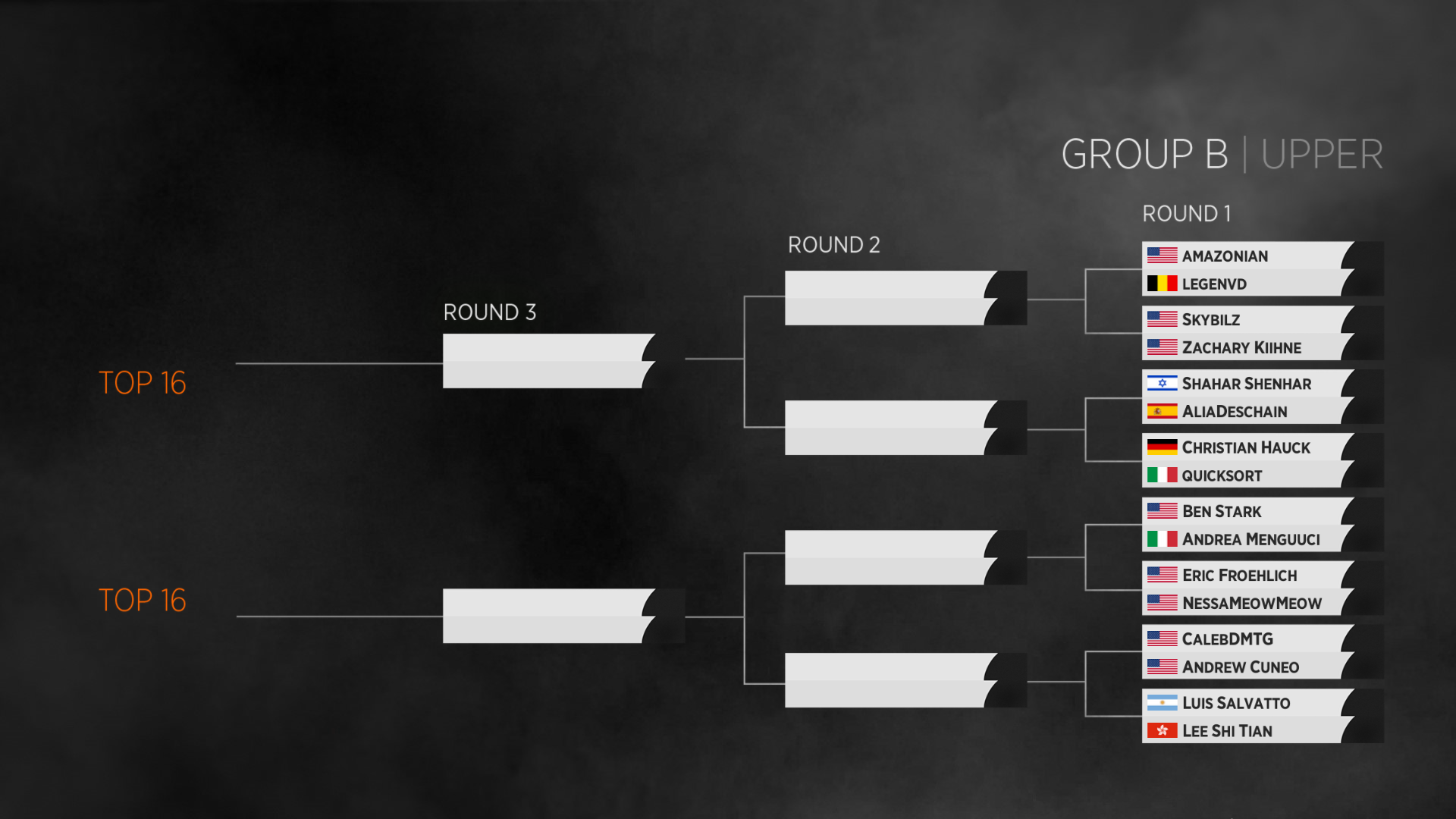 The phrase "Group of Death" will be familiar to all soccer fans, where a single group has far too many excellent players competing for far too few slots. At the Mythic Invitational, that is Group C—which contains no fewer than six Magic Hall of Famers—and the carnage opens Friday's coverage. Remember, only four out of sixteen advance, and a first-round loss means four successive elimination matches. Nowhere is a Round 1 win more important—it requires very little to "go wrong" to end up with a Round 2 lower bracket featuring Gabriel "Yellowhat" Nassif, Shota Yasooka, Paulo Vitor Damo da Rosa, John Rolf, Luis "LSV" Scott-Vargas, Seth Manfield, "Pterodactylsftw," and Reid Duke. Four incredible matches set all this up in Round 1: Nassif vs. Brian Braun-Duin; Yasooka vs. William Jensen; LSV vs. Cedric "Celldweller" Phillips; and Duke vs. Mike Sigrist. Seriously, this group is nuts. 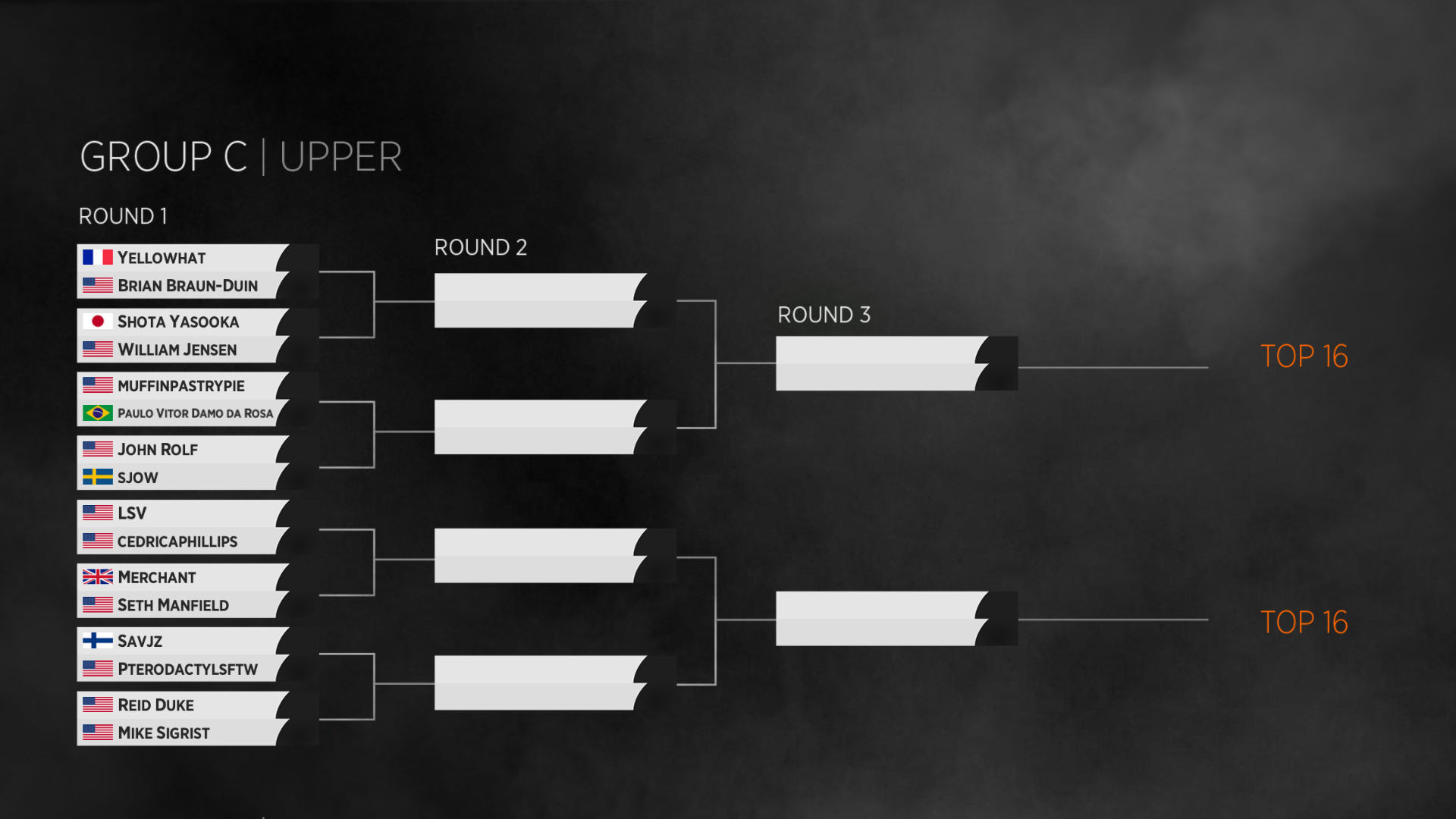 Once the blood, sweat, and many, many tears are done in Group C, we'll turn our attention later in the day on Friday to the conclusion of Group D. The draw has not been kind to Portugal's Márcio Carvalho, who opens against former Player of the Year Brad Nelson. If Carvalho wins, he may well be up against his Hareruya Latin teammate Thiago "bolov0" Saporito in Round 2. Carlos Romão and Lucas Esper Berthoud are also in this group, so there's a very real possibility of multiple intra-team eliminations.

If you're looking for an underdog to root for, you could do much worse than newly married streaming superstar Kenji "NumotTheNummy" Egashira. Round 1 opponent Taiju Sugiyama is an MTG Arena Mythic Qualifier, playing in his first major event here. If Egashira advances in the upper bracket, he'll play either MTG Arena Qualifier Teruya Kakumae or MPLer Piotr Głogowski in Round 2. He'd be an underdog there, but not necessarily by much. That would set up a win-and-in, with 2002 World Champion Carlos Romão among the possible opponents. That's a tough road, but it's not "flame-pits-of-hell-Group-C" tough. 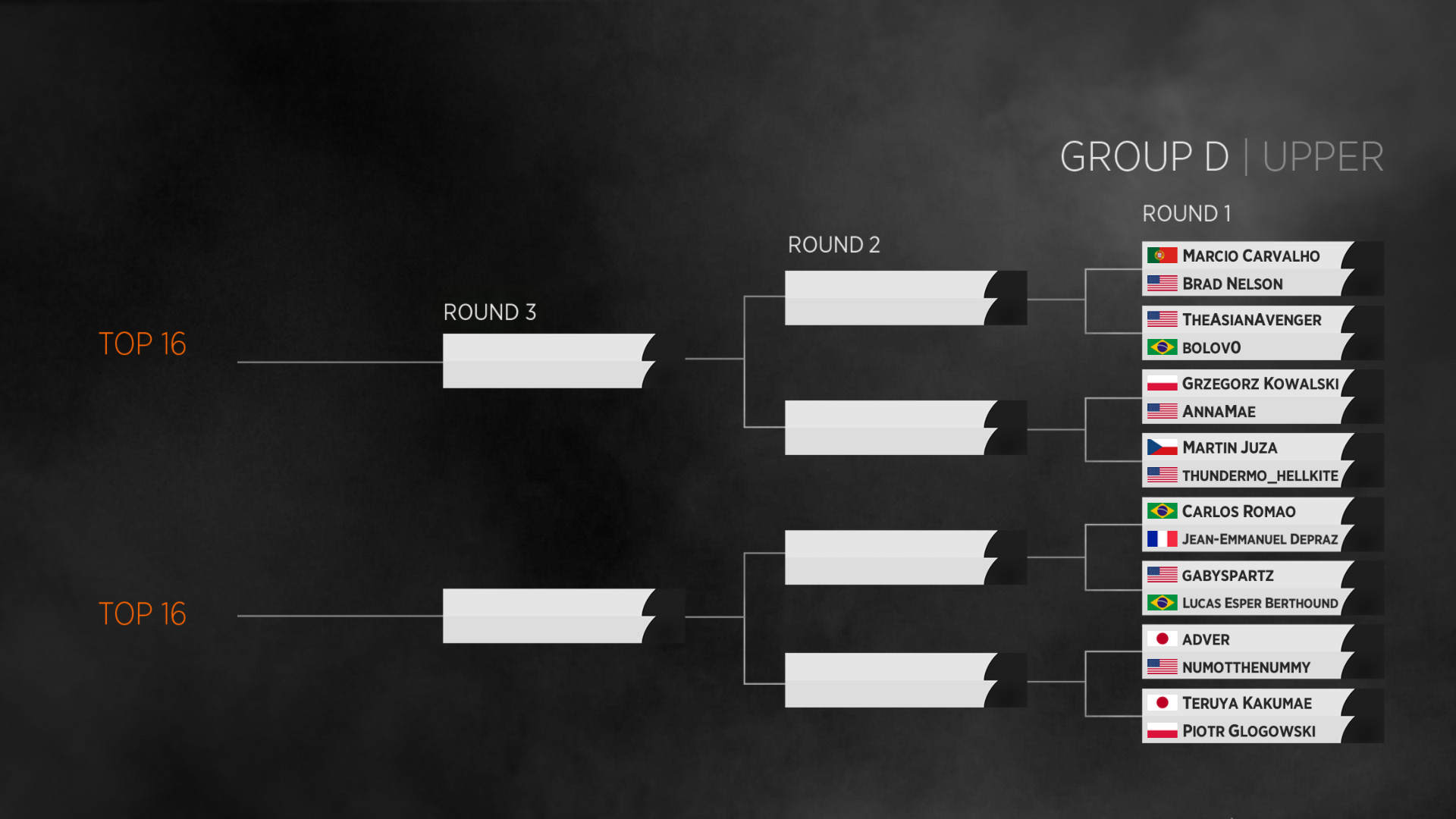 The sixteen survivors from Thursday and Friday do it all again on Saturday, with exactly the same format: two losses end the dream, and four of the sixteen advance. Those four will go to bed Saturday night dreaming of the $250,000 first prize.

The double-elimination format continues Sunday in the Top 4, which means the player who emerges from the lower bracket to make the finals will have to beat the other finalist twice to win it all! All the Sunday action comes to you live from the esports stage at PAX East, amping up the excitement to levels unmatched in the history of competitive Magic. Four days of history-making Magic await you in Boston and on twitch.tv/magic—we'll see you there.