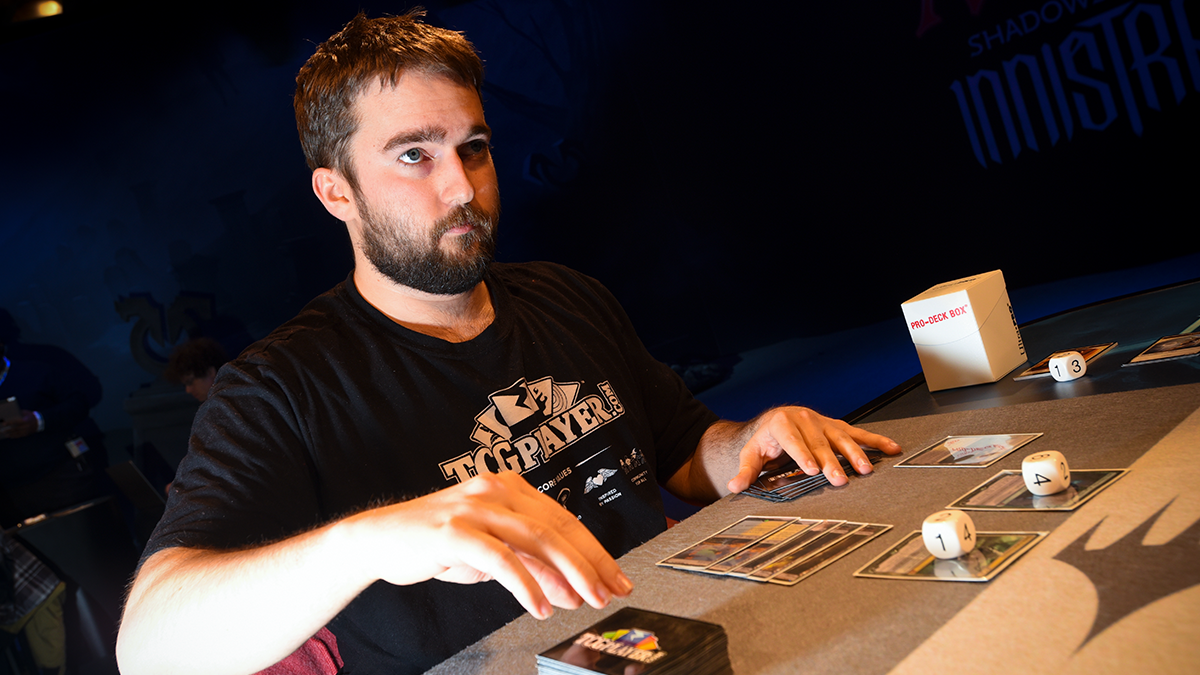 Seth Manfield goes into the Hall of Fame very much at the peak of his powers. Seth had already been on the ballot prior to this season but when he added a fourth Pro Tour Top 8—which culminated in him winning Pro Tour Ixalan—to a resume that already included winning the 2015 World Championship, he was one of the most mentioned names as ballots were being sent out.

"When I first found out that I was getting into the Hall of Fame, there was just a tremendous amount of excitement," said Manfield during the build-up to this year's World Championship. "This was something that I have wanted ever since I started playing Magic and realized I could play at the Pro Tour. It has just been a lifelong dream and goal of mine to get there. I knew being on the ballot this year, and having put up some additional strong results, that I would have a good chance and be someone in the discussion for it."

Manfield was attracted to the game at a very early age by both the collectible aspect and the strategic elements. Even though he was only eight years old, he knew that strategy games were something that spoke to him at the very fiber of his being.

"My dad was a world champion bridge player—that's a strategy game—so I knew that I had the DNA to play," said the second-generation World Champion. "Magic is just so complex that I don't even know all the rules still. I can go back to old sets when I was not playing and still not know what banding does. It is just a game where I can constantly learn and evolve myself. All those different layers of complexity are what drew me to the game."

He competed on the Junior Super Series and even won a PTQ for a tournament in Japan that he did not travel to as a young teenager. When he was sixteen he first made a real name for himself when he won Grand Prix Daytona Beach, defeating another young bridge player in the finals.

"The first event where I thought that I could with the best of the best was when i won Grand Prix Daytona Beach," recalled Manfield. "Keep in mind that I was only sixteen at the time and I was in a star-studded Top 8 where I got to play against Paulo Vitor Damo da Rosa in the finals. I knew that if I could win a Grand Prix filled with top Pros then what can't I do."

When Seth Manfield played at the 2018 World Championship in Las Vegas, he had one of the players—also a Hall of Famer—who inspired him at the onset of his pro career commentating on his matches for the Japanese coverage team.

"When I first started playing, the player I watched the most—and thought "Wow! This guy is just absurd"—was Kenji Tsumura. Watching him make all those Top 8s was just really special," said Manfield. "Also playing at my local store there were pros like Alex Majlaton, who I still play with, who you can see yourself getting better with. That is also pretty special." 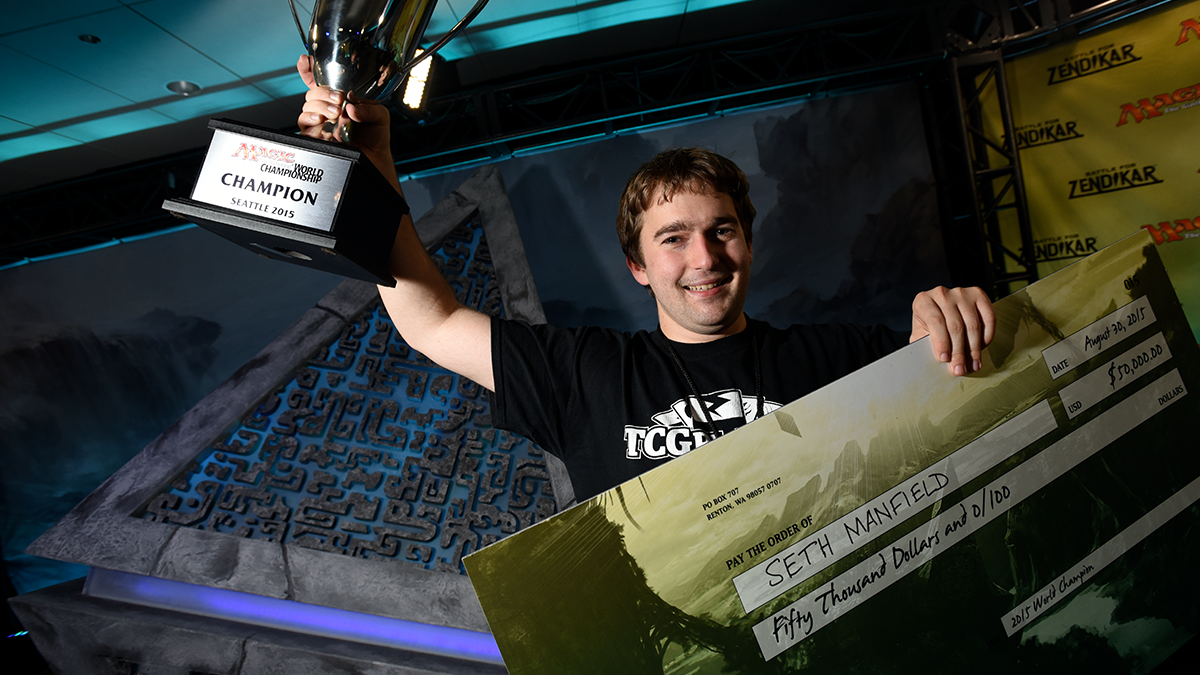 Getting inducted into the Hall and being in the same breath as someone he looked up to like Tsumura felt a little dizzying to Manfield.

"I can be emotional. After I won the World Championship people did see that side of me, and this is something that is very meaningful to me. Sometimes it is not just about a monetary value or how many Pro Points you have. It is about your peers respecting you and having them vote for you into the Hall of Fame. It is just kind of crazy. It is something I have devoted my life to up to this point and to know that I have achieved what I set out to is a weird feeling because in many ways I am still in my prime as a Magic player."

Manfield has no intention of slowing down anytime soon. His most recent Top 8 was that win to start the season at Pro Tour Ixalan and he ended the year with a piece of the Player of the Year title—something that still has to be fought for in a playoff in the near future—and racked up multiple Grand Prix Top 8s this season to pad his resume to sixteen Top 8s, including five wins.

"I am still getting better and seeing myself learn new things about the game. This is a huge step in my journey as a Magic player. It is certainly not over. I am not one of those guys who will stop playing a ton. It is just an incredible feeling. There are so many things that go into it. I never thought I would actually get to this point. There are so many different levels of achievement that you need to reach in order to be in the Hall of Fame. It is not just one year of success or even two years of success. It is an entire career. A lifetime of playing Magic well."

Manfield singled out a couple of people for thanks.

"First of all, I have to thank my family for sticking by me. Specifically my mom, Melanie Manfield. She has been a part of my entire Magic journey from being a teen and not letting me go to Japan when I won my first Pro Tour Qualifier, but at the same time traveling with me to the Junior Super Series and the Grand Prix and just following my career. The fact that I have people in my life—my daughter Eve, my girlfriend Jennifer Cole, my fellow players who have watched me evolve and put up these great results—means I am living not just for myself with these finishes but for my friends and family." 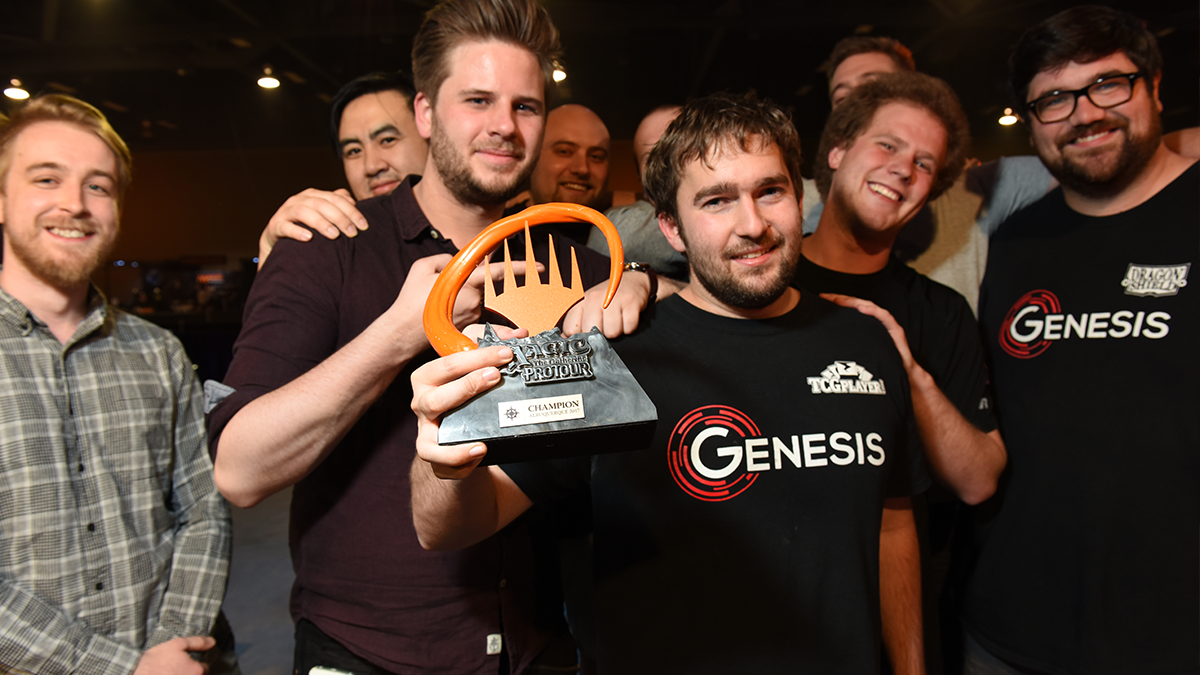