Ondřej Stráský taps his lands and announces his spell: A to steal Paulo Vitor Damo da Rosa's creatures and swing the game in his favor. Moments later, the Hall of Famer extends his hand and congratulates Stráský on his victory in the finals of Mythic Championship VI. A dumbfounded Stráský leaps up from the table, and he's soon mauled by his friends as they celebrate the life-changing moment for the 24-year-old Czech. 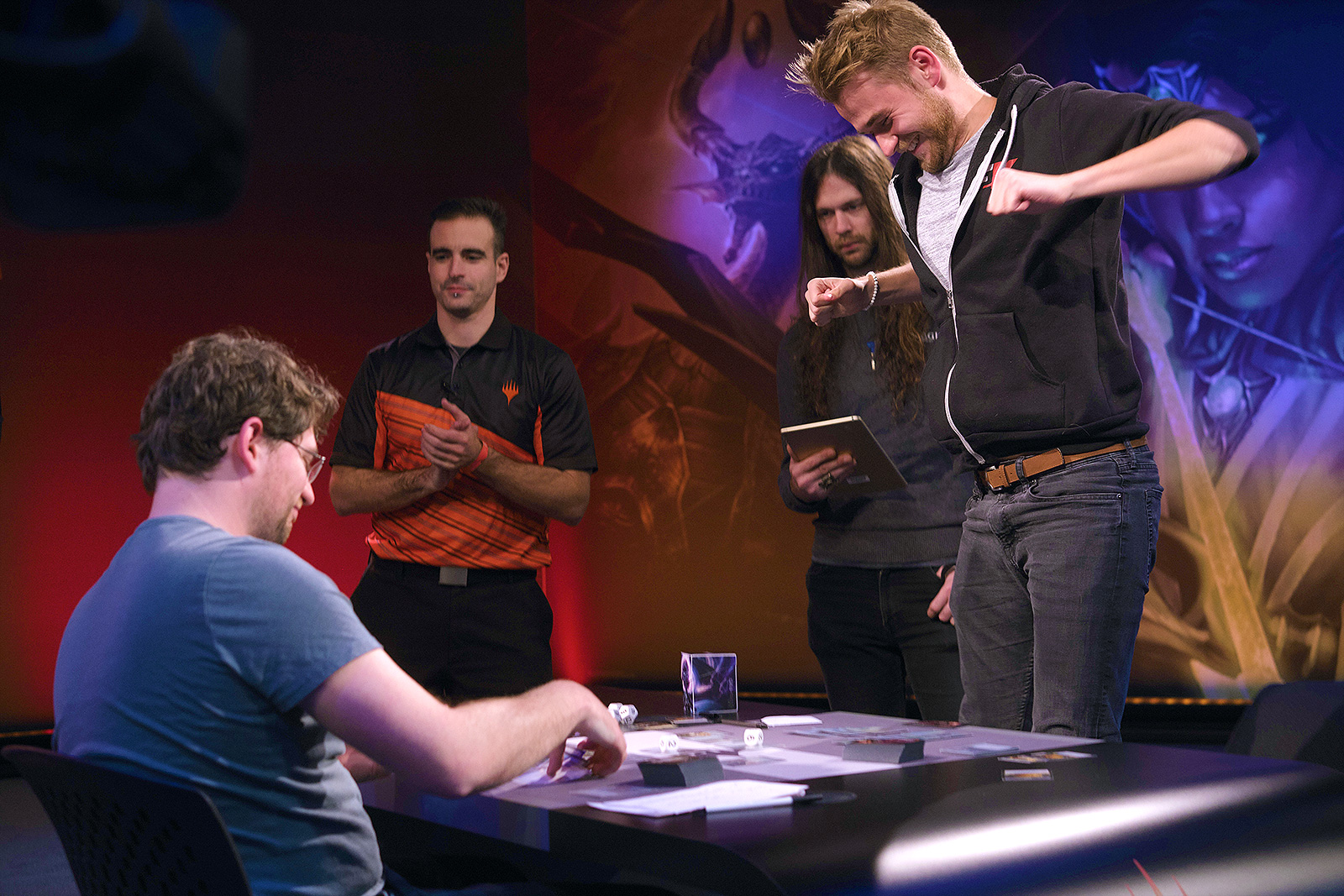 Stráský leapt from his chair as his opponent, and friend, Damo da Rosa conceded the fifth game of the finals.

It's the conclusion of a brutal match—the finals went the full five games and spanned nearly two hours—on the heels of a grueling Top 8 in Richmond. In all, Stráský played through 19 rounds of Magic in one of the slower-paced formats ever hosted. It was a draining competition that tested the endurance of its participants in addition to their Magic skill. After it all, the final spell was cast and Stráský stands on top.

Stráský scarcely has time to hug his friends before he's whisked away for an on-camera interview. The tens of thousands of viewers who have followed his tournament want a rapid reaction. Next is a breakdown with the analysts of his plays throughout the match, and then a quick photo session with the trophy with the promise of more later that evening after he's done making the rounds. Then comes the time for the written interviews—a journalist was there to cover the spectacle of the Mythic Championship, and Stráský is the man of the hour. He'll go through several more rounds of interviews before he even gets a chance to catch his breath and take in the fact he's now a Mythic Champion for the first time in his life. 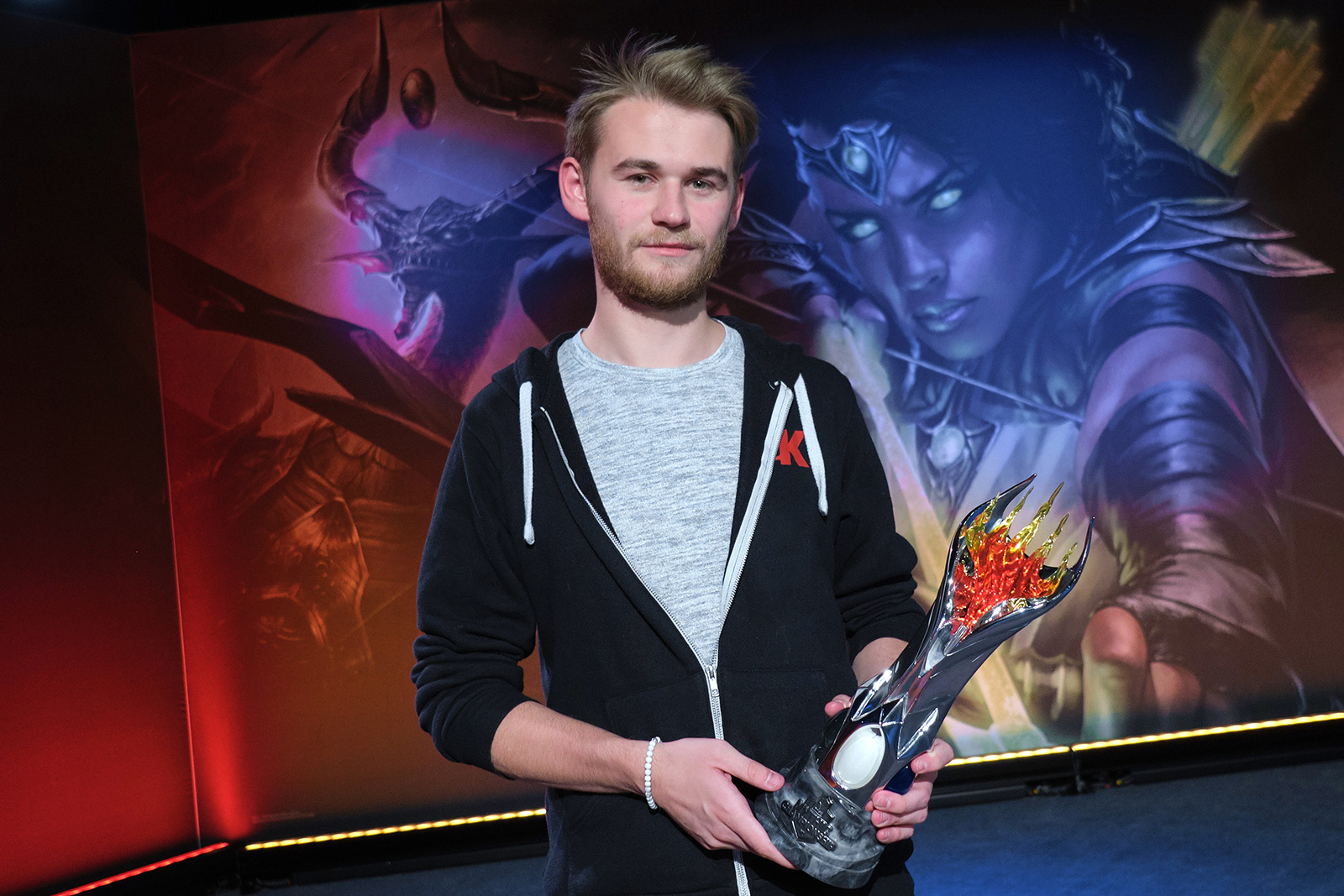 Through it all, Stráský remains the same as he's always been. He strikes funny poses with the trophy, and jokes about drinking out of it later. He starts every interview by complimenting Damo da Rosa, and warmly answers the same question again and again as he makes the media rounds. The enormity of the moment is slow to sink in, and Stráský slyly answers the question of "What's next?" by responding "dinner."

Stráský has been playing Magic his entire adult life, and he's been the same person through it all. One writer described him in 2015 as a "youthful and carefree" kid who spent the night before one of his three Mythic Championship Top 8 appearances hanging out with friends rather than vigorously testing for his Top 8. (He went on to win that first match.) Over the years, his friends have jokingly attributed Stráský's success to "little kid luck."

Stráský has been happy to lean into the fun. The anecdote people bring up to him most often is the joke about his retirement. Stráský famously tweeted that he would retire after playing Grand Prix Prague last year, but reversed course after making the Top 4 of that event and then going on to win Grand Prix Stockholm a few weeks later.

"It's every now and then that it gets brought up—well, really it's every week that someone tweets about it. Okay, it's a lot, and it's a funny joke," Stráský admitted with a smile. "But the truth is when I tweeted it the one time for real, I was being serious."

It's a well-known joke in the Magic community at this point, but the glib way Stráský treats it now conceals just how critical a crossroads it was in his life.

"To be honest, I was really, really sad. I was saying goodbye to all of my friends, and I didn't have a plan for what I was going to do next," he confessed. "I had done Magic full-time for five years, and I had never looked for another full-time job. I don't mind being part of the joke, but it really was super serious to me."

In many ways, the story behind the meme mirrors Stráský: Playful, but thoughtful. Casual, but dedicated. Because after the fourth Top Finish—and first Mythic Championship title—of his career, one thing is for sure: Stráský's success is anything but little kid luck. 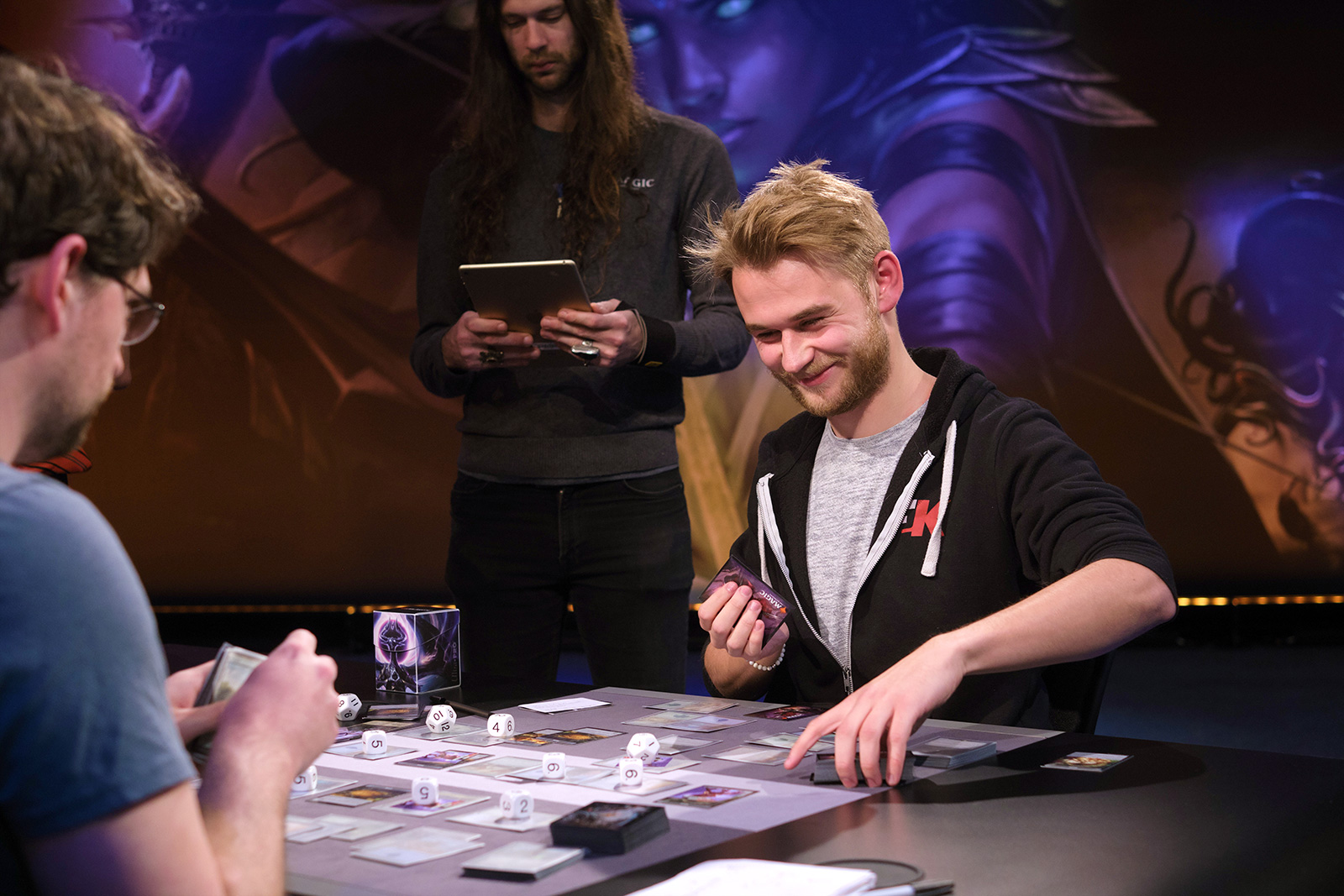 Stráský smiles as his plans pay off in the finals of Mythic Championshp VI.

Now Stráský is planning for the $1,000,000 Magic World Championship prize pool and a potential future in the Magic Pro League.

"It's been a wild ride. Before this tournament I wasn't necessarily happy with how I had been doing at Magic," he said. "I was going to do this for a year and then next summer look at things and decide if I wanted to do this or not. Now I'm going to be at Worlds and I'm looking at the MPL. This is still unreal."

Stráský has grown up with Magic, and everything he's learned along the way made him a Mythic Champion. He'll enter 2020 as one of the premier names of the game, a resume rivaled only by Magic Hall of Fame members, and a chance to reach even greater heights through the Magic World Championship.

And to preemptively answer the question he knows is coming, Stráský wants you to know that, yes, he is officially un-retired.

Oh and this also! #NewProfilePic pic.twitter.com/R30w38Gc0H