"Originally, streaming didn't appeal to me very much."

You wouldn't think that's a quote from one of Magic's biggest streamers, but it's true.

Caleb Durward is one of the most popular Magic streamers around. From his breakthrough 365 streaming challenge to pedigree of playing offbeat decks, sharing Magic has long been a part of his experience.

On any given day you can reliably find "CalebDMTG" streaming Magic to the world, but his journey to become a Mythic Championship V Challenger is longer than you might think—and it didn't start with streaming.

"Originally, streaming didn't appeal to me very much," Durward admitted. "I was doing a lot of content for ChannelFireball at the time. Learning a new set of skills and layer of technology while putting in the time to build my own viewing audience was intimidating and didn't seem worthwhile. After a fan donated some cards on Magic Online, I saw streaming as a way to put out more content—not necessarily to make money, but more as a thank you to my fans and as a way to be more accessible. I didn't expect it to become a full-time thing at all."

"Once I started getting better at streaming," Durward said, "it was the live connections with people all around the world that made it more fun than simply playing Magic by myself. I've been playing since I was ten and I still can't get enough, whether it's online or in paper. While I usually prefer competitive play, Prereleases still have some infectious enthusiasm as everyone learns about the new cards together. They remind me of when I first learned the game." 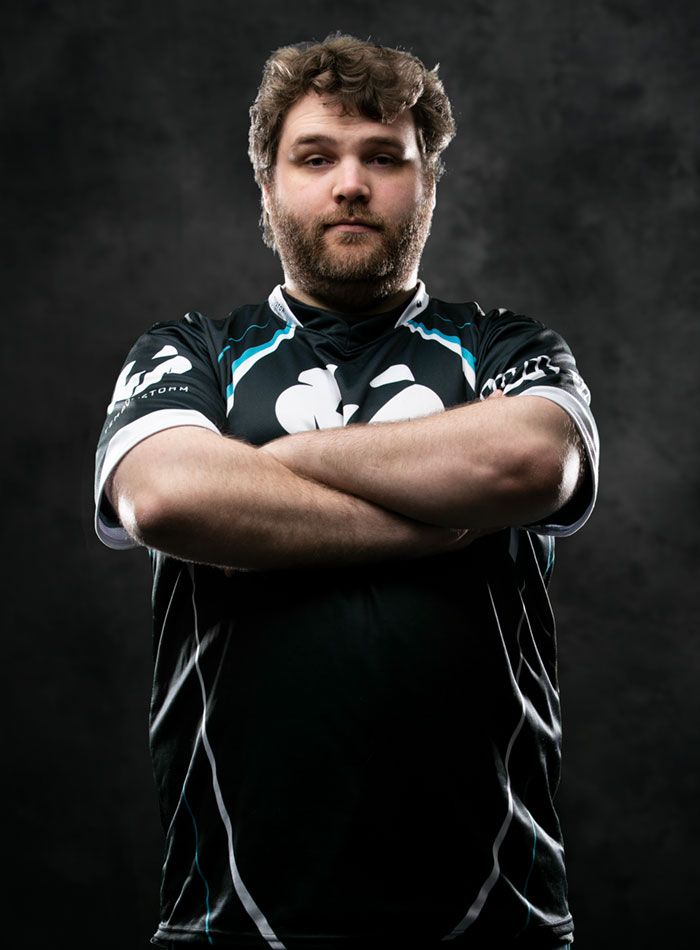 "One of the reasons I'm still having fun streaming year after year is that Magic has such diversity of ways to play it, it's like a bunch of games wrapped up into one," Durward said, echoing Magic's constant change and range of formats to play. "I stream on Magic Online and MTG Arena so I can cover all the best formats, and I tend to alternate what I'm playing every day. When there's a new set on MTG Arena or cube out on Magic Online, I will emphasize one platform over the other. This means I never really feel 'trapped in a grind' like I've heard from streamers playing other games. I'm sure I'd have more viewers if I put out more consistent content, but on the other hand I might've burnt out by now if I wasn't having so much fun."

Having fun means more than just showing up to stream. Esports teams dominate the gaming and streaming landscape, and Durward is now among them—for good reasons. "I'm a member of Tempo Storm. There are a few benefits to joining an organization and I don't think they're game specific."

"They manage sponsorships, similar to an agent or manager," Durward explained. "An organization has some advantages over an agent here because they can get organization-wide sponsorships involving larger brands. For example, I don't think I'd have landed a Red Bull sponsorship by myself!"

"They also provide infrastructure. I could take advantage of this a little more if I lived in California, where Tempo Storm's studio is, but they still have a lot of helpful folks such as people to help me book flights. If I want to request being on the front page for a special event, I can have Tempo Storm go through the channels to request that at Twitch. So far I've only used that once to help promote a charity stream. We ended up raising $18,000 for Futures Without Violence, a charity based on assault prevention."

There was one final benefit Durward shared. "Teammates. Twitch is a site where it helps to have friends, and Tempo Storm members tend to host each other. I've even teamed with fellow Tempo Storm member Ali Aintrazi for Twitch Rivals, where we got 4th!"

Joining an esports team came after daily effort and community building. "I put in a lot of time and hard work to make it as a content creator," Durward said, "but I also had to catch some breaks and have a ton of help along the way. I think most things are a lot like that—position yourself well by putting in the time and working to improve, don't turn down help, and then pay it forward when you get the chance. Nowadays Magic on Twitch is more of a 24-hour thing and I have a lot of awesome options to host when I sign off at night."

Putting in that effort, and joining an esports team, isn't unique among the Challengers of Mythic Championship V. Kenji Egashira is another longtime streamer who started small and built up to be a titan in the community today.

"I was an avid viewer of streams back when one of the original streaming platforms, Justin.tv, was still around," Egashira said. "At the time there weren't many people that streamed Magic, and so I thought I would try my chops at giving it a go. Through perseverance and luck, I watched my stream continue to grow and I haven't looked back since." 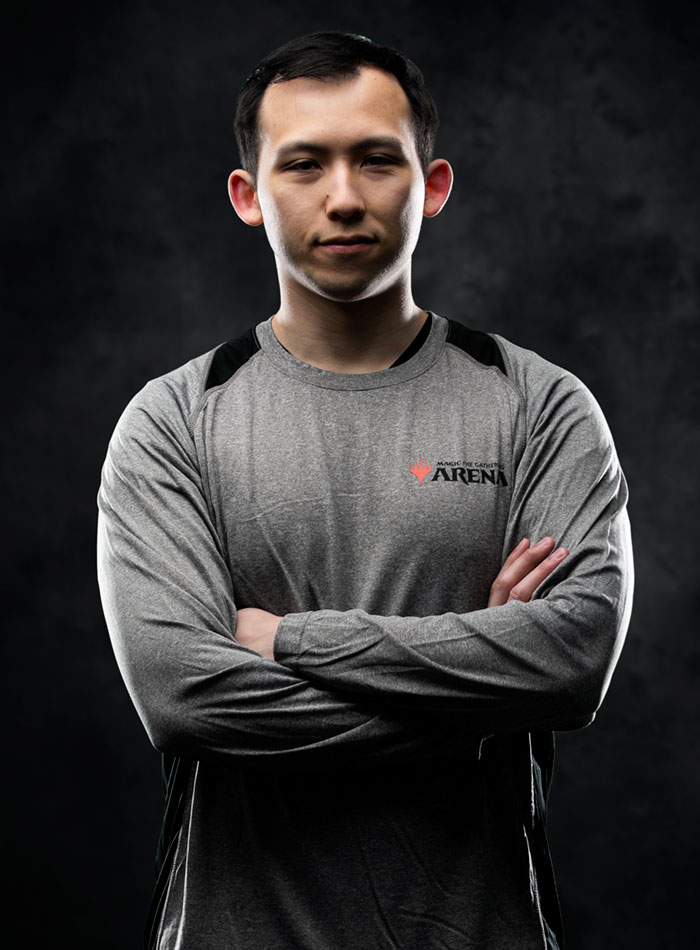 As a fan of Limited, Egashira has made "NumotTheNummy" synonymous with watching new Magic sets be drafted. That variety works for both challenging gameplay and entertaining his audience. "The interaction with viewers and the continuous change of gameplay matters," Egashira said. "Magic is constantly evolving, and with a handful of new sets every year there is always something to discuss or play in a way you haven't before. I've always been fond of Draft and Sealed. Even though I love playing Commander with friends, I'll always love playing Limited the most. This has carried true into my streaming career, where any typical day will see me playing numerous drafts. The thing about Limited is that it is always changing: you'd be very hard-pressed to find any two decks that are exactly the same."

While Durward's success in Grand Prix stretching back a decade helped him become a fit for Tempo Storm, Egashira's long Magic Online career culminated as finalist of the 2018 Magic Online Championship. A few months before that, Team Solo Mid signed Egashira as their first Magic player. It added a new dimension to Egashira's efforts.

"I was recently signed with Team Solo Mid," he said. "As with most Magic players that are signed with esports teams, I would imagine there's always going to be some sort of give and take. For the most part there isn't too much of a difference in streaming as part of a team, but the benefits are definitely there. Besides any monetary incentive, there are a plethora of things that an esports team can do, especially when it comes to promoting your product and getting you other potential deals with brands as a streamer."

While streaming has been a primary focus for competitors like Egashira and Durward, that's not true for all the Challengers. Some have leaned into contending as a member of their esports organization first with streaming coming later, like Grace Naces—better known as "SylvanHunter"—and her years of effort with Complexity Gaming. 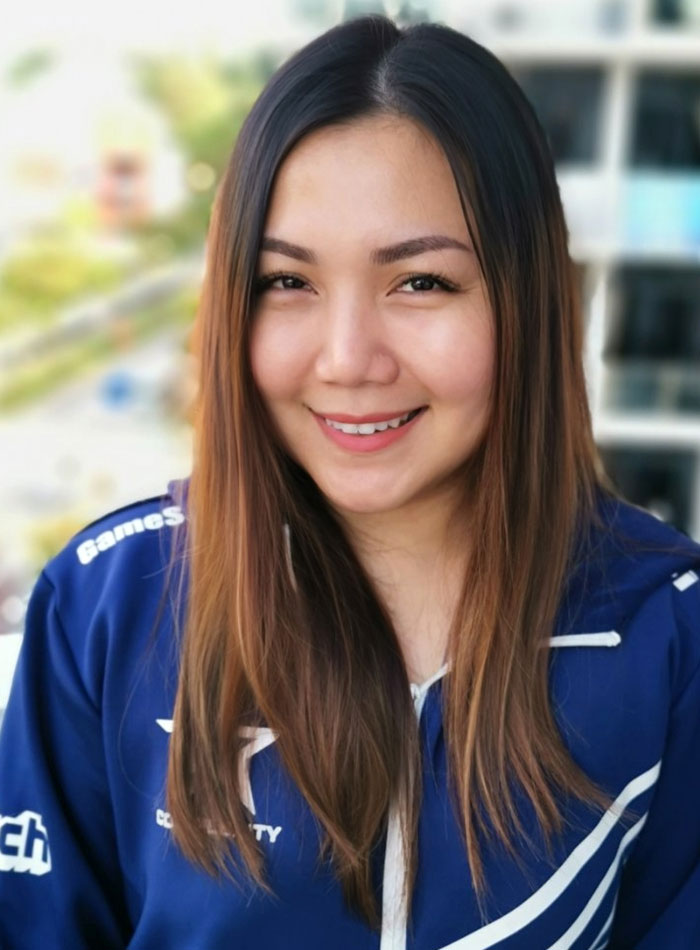 Her esports journey has returned to Magic, where it started over two decades ago when she lived in the Philippines. "My first encounter with Magic was in 1997 when my classmate brought her brother's deck to class," said Naces. "I remember going through the deck looking at the artwork thinking someday I would paint for Wizards of the Coast. I can still remember the old Magic card smell!"

It wasn't long before Naces was eager to jump into a tournament, but she needed a little help getting there. "I remember wanting to join a tournament, but [the organizer] said I couldn't because my deck wasn't Type 2," Naces said. "Type 2" was what Standard was called back then, and she wasn't deterred. "I went to my mother's office during her lunch break and did a 'sales pitch' on why she should give me ₱500 for a preconstructed deck, and why it would be a good investment. She gave me the money and I remember giving it to the game shop owner and mulling over the five decks on the display cabinet. I bought a mono-green deck because I planned to play blue-green or red-green madness for the tournament."

Naces's pitch was successful, and truthful: it was a good investment. "I made it to the finals of my first sanctioned tournament and my friends were cheering!" While Naces took a break from actively playing, she never stopped loving the game. In 2014 she made her comeback. "When I went back to playing Magic in 2014, I played Abzan in Standard, but I played more in Modern—Burn, Bogles, and Affinity."

That commitment to competitive play spilled over to other games even through her more to Singapore. "I've been playing for Complexity Gaming since 2015," Naces said. "I was in the Hearthstone competitive roster, and I used to play in Cups a lot, and won my way to points so I could participate in the bigger tourneys around APAC. I transferred to Artifact last November 2018. The competitive scene didn't materialize, so I started playing MTG Arena around February and I realized how much I missed Magic."

Her years of experience and skill quickly put her up the Mythic rankings.

Currently #9 Mythic and still with Bant Walkers. I have 3 variants & this one is adjusted for red match-ups #MTGArena @arenadecklists pic.twitter.com/3RehvE7eW6

While Complexity Gaming fields a wide roster of players across games, streaming is something Naces is excited to get back into. "The best thing about being part of an esports team is we have a very good manager who gives us support," said Naces. "In terms of representation, I'm so glad I get to be that spark that makes new players want to play more. I heard that local new players in our hometown wanted to play some more because of the news that I was able to get an invite to Mythic Championship V. I've moved and [have] lived in Singapore for the past eight years already, but it feels like Magic connects me to more people more than ever. I look forward to streaming after Mythic Championship V!"

Durward, Egashira, and Naces are just three of the 36 Challengers joining the MPL at Mythic Championship V. See who else is gearing up to compete with the best in the world, and follow all of the stories unfolding in Long Beach starting Friday, October 18 at 9 a.m. PDT/12 p.m. EDT/4 p.m. UTC live on twitch.tv/magic!