In some ways, the story of Mythic Championship V qualifier Chris Kvartek is the story of so many up-and-coming Magic professionals. He started playing at a young age—six or seven years old, when he first discovered Scourge. He began playing competitively in his teens, attending his first Mythic Championship Qualifier during Theros block. He had a long string of near-misses, narrowly missing qualifying for years—"Years of practicing and losing," as he put it—until he broke through and made it to Mythic Championship I in Cleveland earlier this year, where he was promptly "demolished," in his own words, missing out on Day Two.

But in other ways, Kvartek's story is uniquely his own and no surprise to those around him who have watched his devote thousands of hours to improving his craft. He used to believe luck governed many tournaments results, but eventually realized that the top tier of professionals is there for a reason. "There's a reason it's always the Reid Dukes and the Brad Nelsons who do well in every event," he explained. After his disappointing Mythic Championship debut, he went back to the Grand Prix circuit to middling results.

He didn't know it at the time, but the story he was about to write was anything but typical.

It started, as any good underdog story does, at the bottom. He bombed out of a Ravnica Allegiance Grand Prix by missing Day Two on a play mistake. Then he signed up the Mythic Championship Qualifier the next day with a sense of frustration. Of course, he went on to win that event and qualify for Mythic Championship II in London, where he vowed to improve on his experience in Cleveland.

And did he ever. With a commitment to improving at Limited—he memorized every card in the just-revealed War of the Spark Draft format—he went undefeated in Draft and did well enough in Modern to rocket to the Top 8 of the tournament, making history as one of very few players to ever Top 8 a Mythic Championship so early in their career. Though he fell to Alexander Hayne in the quarterfinals—a footnote to viewers unfamiliar with Kvartek before the tournament—it was a life-changing moment for the 22-year old college student from Massapequa, New York, who is also pursuing a master's degree in dietary science. 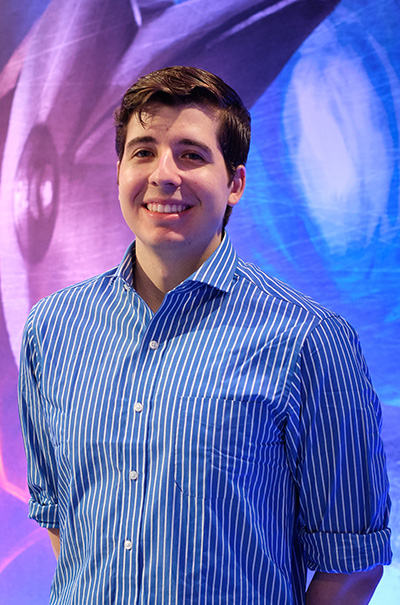 It was an incredible moment, and the fulfilment of the dream of every competitive Magic player. But fulfillment implies an end, and what makes Kvartek's story so special is that it was instead just the beginning.

Another unique wrinkle? Kvartek didn't just have the next tabletop event to look forward to—he had MTG Arena as well. He wasn't qualified for Mythic Championship III in Las Vegas—the first MTG Arena Mythic Championship in history—but he was determined that London was simply the start of great things to come. He may have been a late convert to MTG Arena—"My friends told me how great it was and how I had to give it a try"—but when it was announced he could qualify for Vegas via MTG Arena, he immediately set his sights on making Mythic. It wasn't long before he found himself ranked #1 in the world on the platform.

That led him to the qualifier weekend, and a dilemma. Should he play the Vampire list that took him to the top of the leaderboard, or play a mono-green brew of his own creation?

His criteria for such a big decision?

"Well, I thought mono-green would be more fun, so that's what I went with," he explained simply.

The choice may seem flippant, but it's telling of how far Kvartek has come in Magic.

"It's cliché, but once I finally understood the philosophies of the top players like Reid Duke—being gracious in victory and defeat—I realized the wins would come eventually with that attitude, and it helped me from getting tilted if I lost," he elaborated. "So I played mono-green in the qualifier. I'm not the best deck builder, if I'm being honest, but I really like green creatures and combat math—I love Limited, after all—so I gave it a shot."

Congratulations to the Top 16 players from Day 2 of the #MCQW! We'll be seeing you in Long Beach, California for #MythicChampionshipV!

The story plays out exactly how you want it to; Kvartek made it to Day Two on tiebreakers and then went on to qualify for Mythic Championship V. He followed that up at Mythic Championship IV in Barcelona and put together another incredible run, losing a win-and-in for a repeat trip to the Top 8—and an opportunity to lean on his newfound mindset.

"If I lost my win-and-in for London, I feel like I would have been crushed," he explained. "But when I lost in Spain, I was a little demoralized right after the match, but then I thought about it and decided I played some very good Magic and there's nothing else I could have done, so what more could I ask for?"

That brings us to today, when Kvartek is busy preparing for the upcoming Mythic Championship V in Long Beach, California, and jamming as many big green creatures as he can on MTG Arena. But with such a strong season already in the books, his goals extend much further than just this next tournament. As a Challenger, he's squarely in the hunt for Mythic Points that could qualify him for both the 2019 World Championship and the Rivals League that will begin play next year.

"I know if I can do really well here then I have a shot at the Rivals League, which is something I've really wanted to get into ever since it was announced," he said. "I'm super excited for the tournament, and I'm going to play my best and see how it goes. I've been brewing nonstop with cards from Throne of Eldraine, and I really want to keep advancing in Magic. The money is nice and all, but just being able to play in such high-stakes events against the best players in the world—that's so much fun. But I also want to keep the right mindset: If I don't make it to Rivals this year I know I'll just keep doing what I'm doing and eventually it will pay off."

Kvartek is just one of the 36 Challengers joining the MPL at Mythic Championship V. See who else is gearing up to compete with the best in the world, and follow all of the stories unfolding in Long Beach starting Friday, October 18, at 9 a.m. PDT/12 p.m. EDT/4 p.m. UTC live on twitch.tv/magic!