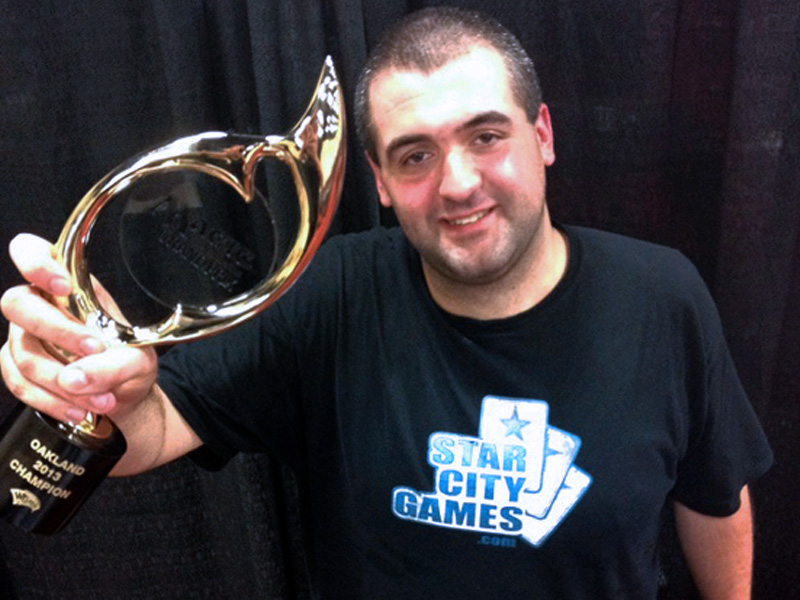 William Jensen hoped he would get into the Pro Tour Hall of Fame in the 2013 class after missing induction by the narrowest of margins the previous year. He was a popular choice and his name was bandied about on many public ballots.

"After missing by one vote last year, in what was probably one of the toughest classes of all time, I felt that I would likely gain votes, and people who voted for me in previous years would be unlikely to leave me off their ballots this time around," said Jensen, who was nonetheless deeply moved when he did get the call.

"For the first minute or so, I just stood in place, sort of stunned, and reflected back on my life. As it started to set in a little, I became completely overcome with emotion. I am not ashamed to say that when it all started to set in, I was moved to tears."

Jensen has been playing the game since childhood, starting in 1996 when he learned how to play at summer camp. Always a highly competitive person, he immediately sought out local tournaments in the Massachusetts scene, both for his skill and his size (earning the nickname "Baby Huey" for his youthful appearance). Within a few years that tournament experience paid off and qualified him via rating for his first Pro Tour in Rome.

"I wasn't really sure what to expect," said Jensen of that first experience playing at that level. "I obviously hoped to do well, but I was definitely intimidated by that level of competition. I actually didn't end up doing particularly well, failing to make the cut to Day Two."

He made his debut on the Sunday Stage a season later when he made the Top 8 of Pro Tour London 1999–00. He would go on to win the first Masters Series event—one of the toughest tournaments in the game—held at Madison Square Garden in New York. Two more Pro Tour Top 8s came during the 2002–03 season, including another Chicago event which now has five members of the Top 8 in the Hall of Fame. The crowning moment of his career came at the first event of the following season when Jensen—one of the most feared and respected Team Rochester players in the world—teamed with Matt Linde and Brock Parker to knock the Kai Budde–led Phoenix Foundation off of their pedestal and seize the trophy.

"Without a doubt, my best memory of playing on the Pro Tour was winning Team Pro Tour: Boston in 2003 with my best friends Matt Linde and Brock Parker," said Jensen, of playing with The Brockafellers. 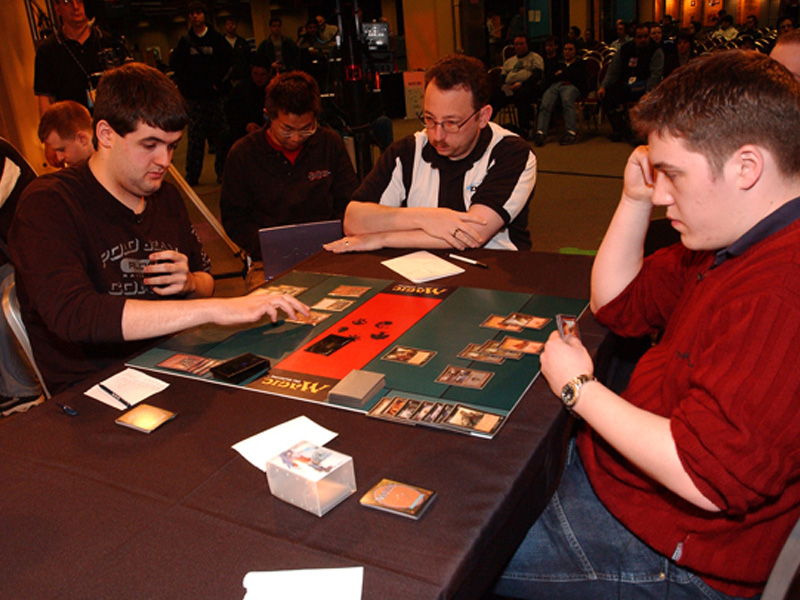 Jensen retired from the game soon after that and has had to reacquaint the Magic community with himself as a person and with his résumé.

"I think a reason why some people didn't vote for me last year is because they didn't know me personally, and also didn't really have much to judge me on outside of stats. After my return to Magic at Pro Tour Return to Ravnica, my fire was re-ignited and I began to attend nearly every event. I think people getting to witness my play firsthand, and getting to know me as a person, certainly led to more votes."

Jensen, who plans to play in every Pro Tour for the foreseeable future, felt that his election to the Hall punctuated his time in the game.

"Being enshrined in the Hall of Fame is the highest honor I could ever hope to receive in my lifetime. It is an exclamation point on my career playing Magic, which I have devoted a huge part of my life to. To have my name in the annals of Magic history alongside names like Finkel, Budde, Maher, and Nassif gives me a feeling and a pride that is very hard to put into words."

There were many people he wanted to thank upon learning of his inclusion in the 2013 class, not the least of which being the Player and Selection Committee members who voted for him.

"I want to thank my parents for always supporting and believing in me. My mom, for really allowing me to indulge my obsession by spending hours every week driving me all over Massachusetts to play tournaments. My dad, for always being encouraging and supportive of me, regardless of the tournament results having been good or bad.

"I want to thank my friends. All of my closest friends have been made directly or indirectly through Magic. The friends I have made through Magic have contributed immeasurably to me as a player, and more importantly, as a person. I wouldn't be in this situation today without all the friends I've made."

His last thanks go all the way back to his early days playing in those local Massachusetts tournaments.

"I'd also like to thank Tom and Judy Shea, owners of TJ Collectibles in Milford, Massachusetts. They really went above and beyond as the owners of a local game store. In addition to providing a place to play, they gave me countless rides to tournaments, or home from their store, so that I was able to attend weeknight drafts or other tournaments, often multiple times a week. Also, they were supportive in terms of cards, sleeves, or anything else I needed. I'm sure they don't realize how big of a difference they made in my maturing as a player or as a person. But, I can say with reasonable certainty, that without them, I would not be receiving this honor." 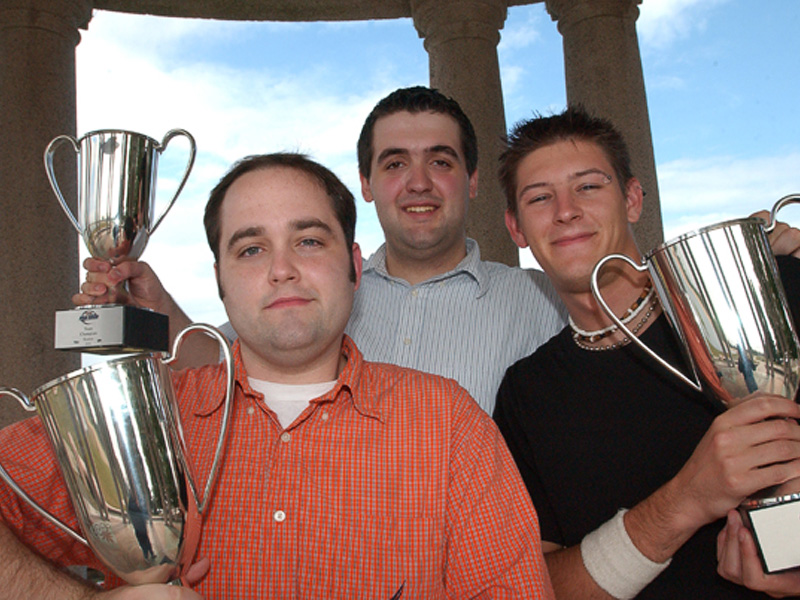