As I write, 68 Magic players are making their way to a strip of land surrounded by desert. They come from more than a dozen countries. Their route to this desert oasis has been varied, challenging, and circuitous. But for all of them, the arena awaits. Under the searing neon lights of Las Vegas, it's time to crown a Champion. It's going to be epic. It's going to be legendary. It's going to be mythic.

Let's run through some of the major stories heading into Mythic Championship III.

Where else would you start than with the headliners? In this case, we're looking at the winners of the four MPL divisions: Rei Sato, Ken Yukuhiro, Brian Braun-Duin, and Brad Nelson.

Nelson paced the MPL during the Spark Split with a 7-0 record in the Emerald division, edging out Seth Manfield and Martin Jůza. Braun-Duin and Sato won their Week 5 win-and-ins to clinch their divisions at 6-1, while Ken Yukuhiro had to sweat out tiebreaks at 6-1 with William "Huey" Jensen to lock up his division.

These four start their MC III campaigns on Saturday, just three match wins away from a Top 4 slot. Winning your division is a really big deal, and you can read more about the four division winners here. 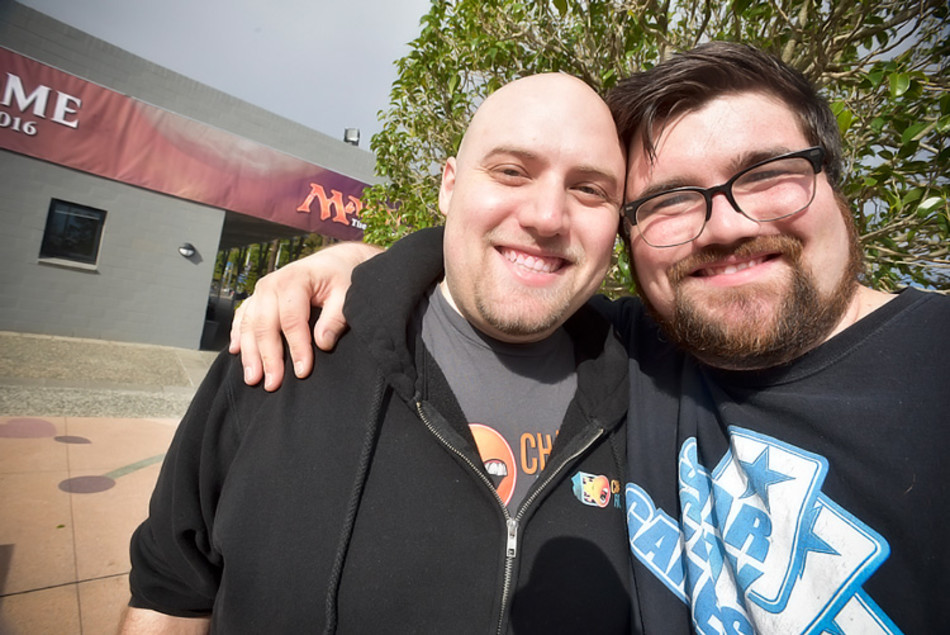 Braun-Duin, left, and Nelson have their tickets already punched to Day Two.

The Road to Worlds

The division winners have the inside track, but all 32 MPL members will be in action this weekend. For the winner this weekend, there's the added prize of a seat at the World Championship, the ultra-exclusive sixteen-player event to close out our extraordinary season.

But not everything hinges solely on winning an MC. Come the end of the season, the top four MPL players and top four Challengers in the season's Mythic Points table will also advance to the World Championship.

With a stack of points available this weekend, and Mythic Championship IV in Barcelona not far away, that leaderboard is going to change a lot as the season continues. But a big weekend for any of those four will certainly help their position among the contenders for a World Championship slot.

The MPL is only half the story. Actually, it's 47.05% of the story, because 36 Challengers will be doing their best to deny the MPL the trophy. Among them is Montserrat Garcia Ayensa. Hailing from Mexico City, she now makes Malta her home. Like many of us, she learned the game from a friend. Like very few of us, that friend would go on to become her husband. And, uniquely, that friend turned out to be 2006 Pro Tour Kobe Champion Jan-Moritz Merkel—not a bad way to start learning the game! Montserrat comes to Vegas thanks to a fantastic performance in the MCQW (that's the Mythic Championship Qualifier Weekend, since you ask), but she certainly wasn't expecting to qualify:

Just qualified to the first @MTG_Arena mythic championship 🎉😊🎉!!! To think I went to bed assuming I was out for Day 2... I'm so so happy pic.twitter.com/UsQZrZOAtd


Malta is a small Magic community for sure, but there are some heavy hitters on the island. Montserrat told us she would most like to face Kai Budde in Las Vegas. For many, the reason would be obvious. Kai is, after all, one of the greatest players ever to sleeve up a deck. But for Montserrat, there's more to it.

"I'd like to play Kai, because I beat him the last two times we cubed together," she said. "So let's go for a third one."

Yes, Kai is based in Malta too, so don't be surprised to find Montserrat in the thick of the action down the stretch.

There are so many great stories among our Challengers. We'll see the return of Mythic Invitational players like Jeffrey Brusi (sjow), Amy Demicco (Amy the Amazonian), Vanessa Hinostroza (NessaMeowMeow), and many more familiar faces from that incredible tournament.

There's a wide range of experience, too. Takahi Iwasaki of Japan started playing competitively with the War of the Spark Prerelease just a month ago, while Eric Oresick of USA was playing in the Junior Super Series and the Your Move Games Grudge Match back in 2002. In between, watch for players like Patrick Fernandes of Brazil, Matias Leveratto of Argentina, and Alexey Shahov from Russia, all of whom have represented their country at the World Magic Cup.

And then there are some of the biggest names in the game coming to battle under the Challenger banner. Like Kai Budde, Luis Scott-Vargas is in the conversation among the greatest players of all time. They're joined by another Hall of Famer, France's Raphaël Lévy, who has played in more tabletop Pro Tours and Mythic Championships than anyone in history. Another recent fixture at major events—but from the other side of the camera— is longtime coverage caster Simon Görtzen who returns to top-level competition almost a decade after winning Pro Tour San Diego. You can read more about Görtzen's return to competitive play here.

It's Fact, not Fiction

Our Challengers also gave us some fun facts about themselves. Here are eight tidbits from eight different players—can you match them up? (Answers below.)

(1) I'm terrified of butterflies.
(2) When I'm not streaming, I spend a lot of my time and energy on my nursing program.
(3) I can move my eyes independently of each other.
(4) My first language was Russian, I only started English when I was five.
(5) Nowadays, my glasses don't have lenses.
(6) I'm passionate about black bass fishing.
(7) I'm double-jointed in my fingers, wrist, and elbow. This allows me to do crazy spaghetti-arm things.
(8) I'm German. That means I'm not very funny at all.

We asked our Challengers who they'd most like to play and got a wide variety of answers. The most popular? Martin Jůza: 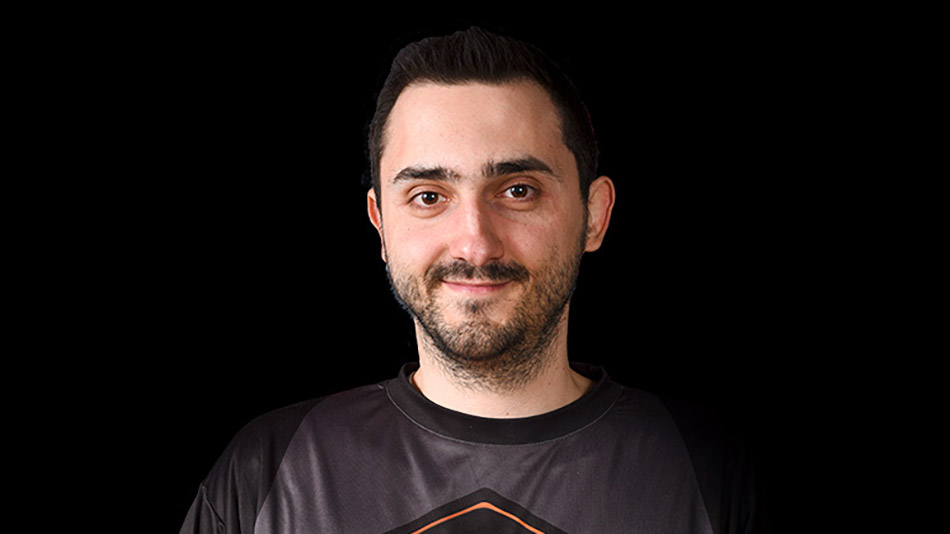 Martin, looks like there are a bunch of players wanting to take you down. Good luck!

It's Fact, Not Fiction Answers

Garcia Ayensa: I'm terrified of butterflies.
Espinoza: When I'm not streaming, I spend a lot of my time and energy on my nursing program.
Görtzen: I can move my eyes independently of each other.
Kaplan: My first language was Russian, I only started English when I was five.
Chan: Nowadays, my glasses don't have lenses.
Matsuda: I'm passionate about black bass fishing.
Hinostroza: I'm double-jointed in my fingers, wrist, and elbow. This allows me to do crazy spaghetti-arm things.
Budde: I'm German. That means I'm not very funny at all.

Each round on Day One, players face an opponent on the same record. So, we can't guarantee who's going to play who as the tournament progresses, but we can dream a little. Here are a few potential matchup reruns we'd love to see:

Any of those would be truly marquee matchups, but the fact is that those kinds of matchups are going to exist every day. The journey begins Friday, with eight rounds of Traditional Best-of-Three Standard Constructed. Reach six wins at either 6-0 or 6-1, and it's an automatic pass to Day Two. For the players battling at 5-2, they'll have to hope their tiebreaks hold up after a final round victory.

For the twelve who advance, they'll join the four Magic Pro League division winners who have been sitting by the pool resting up for Saturday. There, the sixteen competitors will fight in double-elimination play, which is just what it sounds like: lose twice, and you're done.

That leaves us with four players on Sunday, and another double-elimination crucible. The winners of the upper and lower brackets will face off in the grand finals, where the lower bracket winner will have to win two matches to claim the trophy, and the lion's share of a cool $750,000 in prize money.

Which means that you should be sure to join us on Friday, Saturday, and Sunday from the neon strip in the desert, at 8 a.m. PT/11 a.m. ET/3 p.m. UTC on twitch.tv/magic. The next Mythic Champion is about to be crowned!