Once again it's Long Beach, California taking center stage, becoming the hub of the Magic Multiverse this week as Mythic Championship V rolls into town. Once again? Yes indeed, for Long Beach remains home to arguably the most iconic venue in Magic history, the legendary Queen Mary cruise liner. Now, two decades on from "Pro Tour Boat," the game continues to do what it has always done—respect and honor the past, invigorate and reimagine the present, and stargaze a future of new ways to experience this magnificent game.

This week 68 competitors make their way for an MTG Arena Standard battle that will give away $750,000 in prizes (which is, you know, nice) and up to 50 Mythic Points (which for some may be even nicer). As always, everyone has a shot at the six-figure top prize, but four players in particular come into the event knowing they're a lot closer to the trophy than everyone else.

Top of the Division

Followers of the Magic Pro League will already know that weekly play in divisions of eight players have brought us Seth Manfield, Ben Stark, Lee Shi Tian, and Carlos Romão as the outstanding quartet of division winners. Their reward for scything through both round-robin play and a double-elimination playoff bracket is to advance straight to Day Two. While the fab four will be able to put their feet up on Day One, the other 64 will be battling across seven rounds, knowing that only five wins will guarantee a Day Two berth, with the 4-3s hoping their tiebreaks hold up. The Top 24 join our division winners for another seven-round examination of clear thinking on Saturday, before the Top 8 advance to a true double-elimination playoff bracket on Sunday. 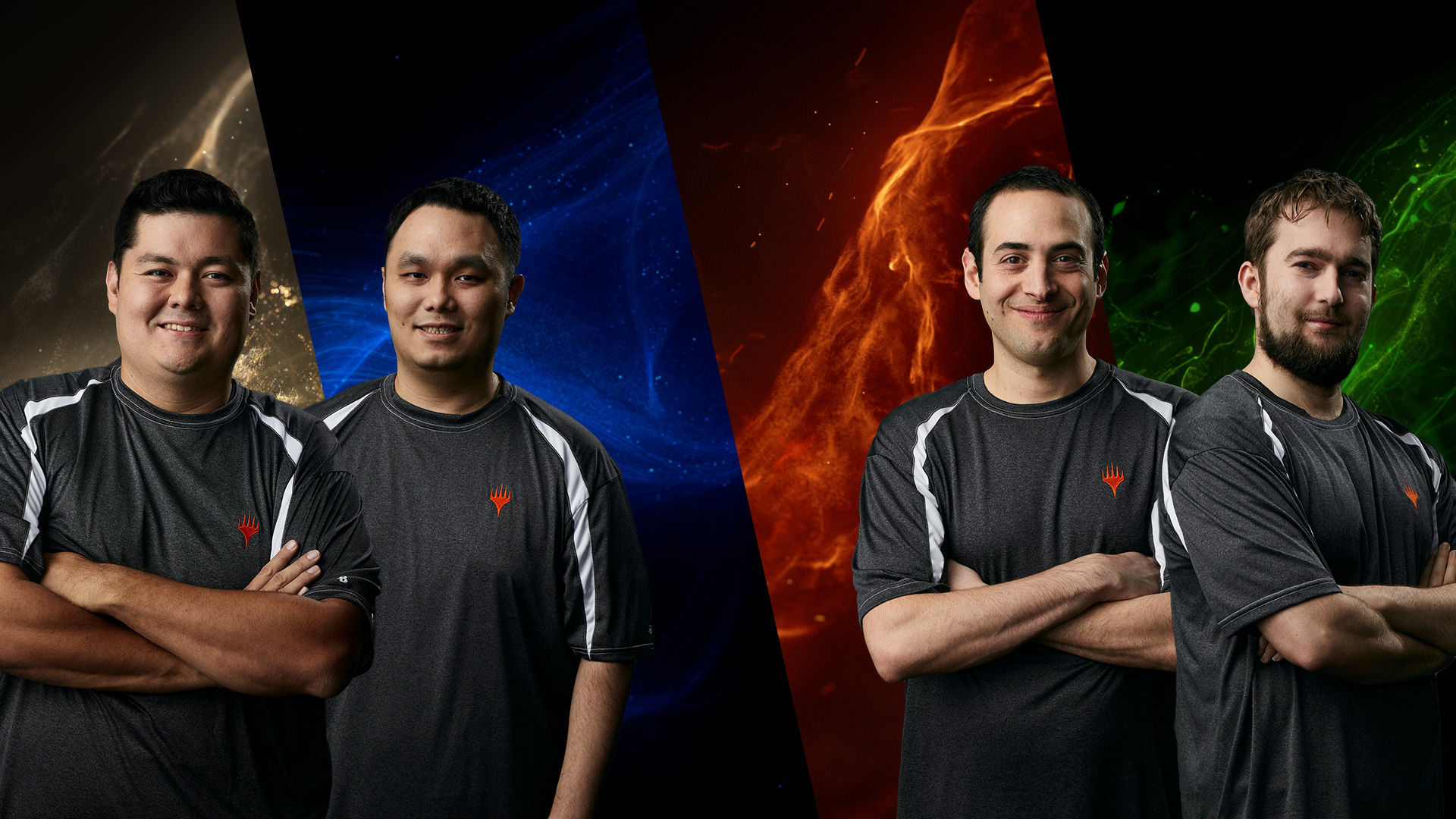 Even without their hard-won advancement to Day Two, the division winners would be among the favorites for the title. Whatever way you slice it, they're a talented bunch. Manfield, Stark, and Lee are all in the Hall of Fame, and with good reason. Manfield and Romão have World Championship titles. Manfield and Stark have Pro Tour titles on their CVs (that's a resume, for American readers). All four have enormous expertise at finding the right deck for the right moment, with Manfield and Lee in particular aware that converting Day Two into Day Three would be a huge step toward securing a World Championship slot.

The Race to the World Championship

While the season has been bubbling along nicely, a lot is going to happen between now and December. The MPL is in full swing with three divisions still to play their Eldraine Split matchups, looking to join Piotr Głogowski at the head of the Mythic Championship VII Day Two queue. Mythic Championship VII also takes place in Long Beach in December, but there's still time to squeeze in the tabletop Mythic Championship VI in Richmond, Virginia, next month. That means a veritable avalanche of Mythic Points available over the coming weeks, which is likely to turn the leaderboard on its head. 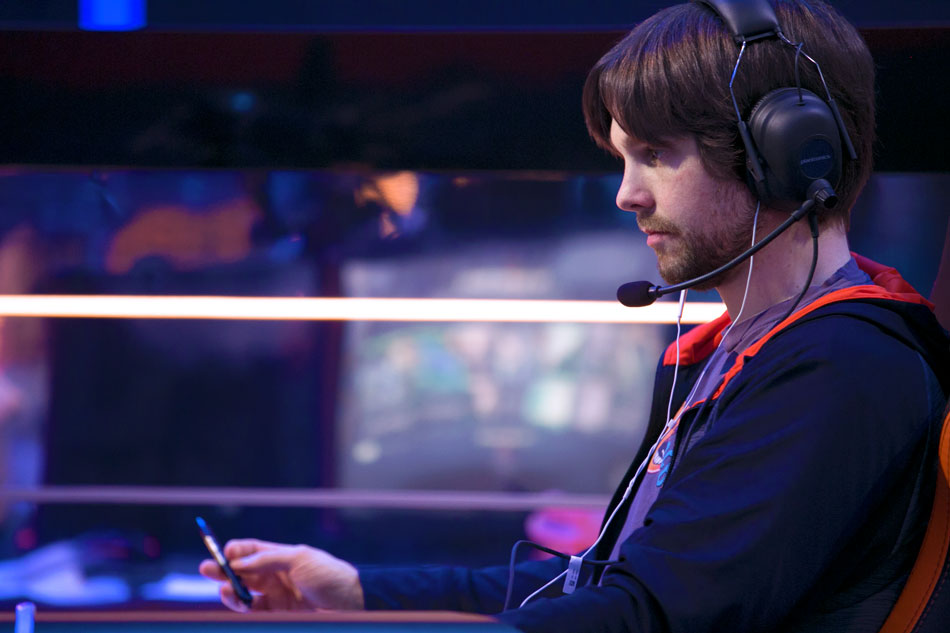 Nevertheless, at the top of the leaderboard is where you want to be right now, and that means good news for Reid Duke, who heads the field on 101 points. Duke hasn't been exactly short of good news lately—he joins the Magic Hall of Fame at Mythic Championship VI next month—and although a decent performance here won't guarantee him a World Championship seat, it sure would make it tough for his rivals to pass him.

Those rivals begin with Brian Braun-Duin, who continues to be one of the best humans in the MPL—and one of the best players too. He's in second, 8 points behind pacesetter Duke. Fortunately for many chasing seats at the World Championship, the player in third already has their seat locked up. That player is reigning World Champion Javier Dominguez. Top Japanese player Rei Sato is next, followed by a trio of talent locked together on 78 points—Portugal's Márcio Carvalho, Poland's Piotr Głogowski, and Seth Manfield, who, you may recall, has already advanced to Day Two at Mythic Championship V. As Autumn Burchett already qualified thanks to their Mythic Championship I win in Cleveland, it's Andrea Mengucci and Shahar Shenhar who round out the Top 10. And while that group may be in pole position to advance, the 42 Mythic Points on offer to the finalist this weekend mean that anyone in the MPL can catapult themselves into the mix by holding the trophy aloft on Sunday. (Winning being a guaranteed way to the World Championship.)

Of course, the MPL is only half the story. Looking to take them on are 36 Challengers, encompassing so many great stories. Here are a few to whet your appetite.

Leading the challenge are the best of Mythic Championship III, with four invited back for another crack at the top spot. That begins right at the top with Mythic Championship III winner Matias Leveratto. During the event, his run to the top looked like a surprise. The Argentinian wasn't well-known at the highest levels, couldn't point to any tabletop Top 8s, and there was a sense, even on Sunday, of waiting for his storybook run to come to an end. Dig a little deeper, however, and you find a story mirrored by many potential champions this weekend. That's a story of MTG Arena persistence, a deep understanding of a prevailing metagame, a committed deck choice well ahead of the event, and a devotion to playing that deck magnificently match after match after match. If an unheralded winner emerges at Mythic Championship V, look for that recipe in their success. 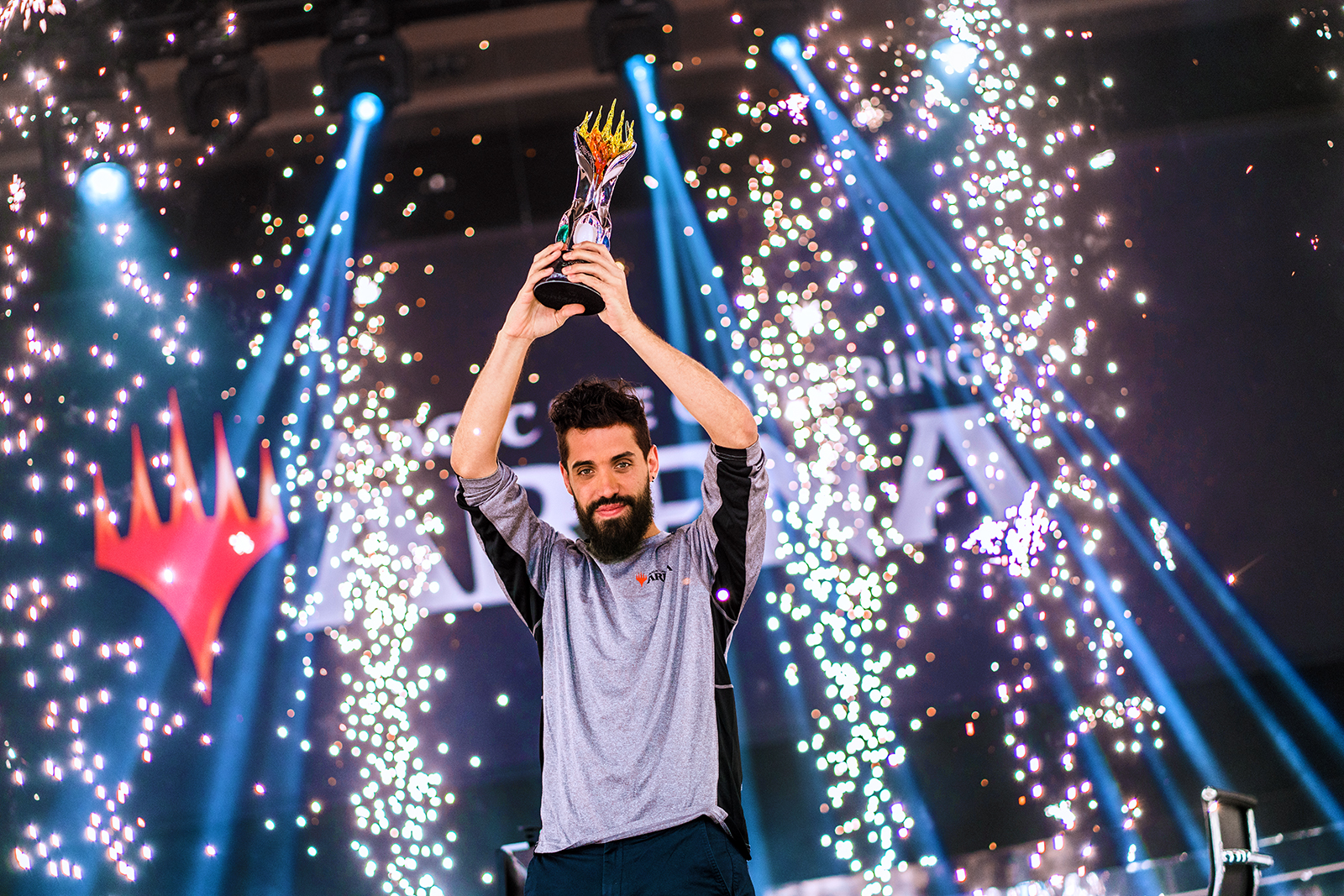 Joining Leveratto are Kai Budde, Greg Orange, and Raphaël Lévy. For many of you, those will be familiar names, but Magic has an unparalleled history of competitive play, so I'll offer short bios for those of you just joining us.

Kai Budde is one of the greatest players of all time, and is in the Magic Hall of Fame as a result. Known as the "German Juggernaut," he dominated the Pro Tour for multiple years by winning a ridiculous seven titles from ten Top 8 appearances, and making almost every team event a procession as part of the unrivaled Phoenix Foundation.

Greg Orange is arguably the finest exponent of control strategies in the game today. Known as "The Citrus Assassin," the laidback Orange made his global breakthrough when winning Pro Tour 25th Anniversary last year.

Raphaël Lévy, like Budde, is a member of the Hall of Fame. He has played more Pro Tours and Mythic Championships than anyone ever, and his defining moment came as captain of the French World Magic Cup winning squad.

Well roommates, to be precise. Stanislav Cifka and Ondřej Stráský both have their place in Magic history. Cifka delivered one of the most bravura performances ever witnessed when dominating Pro Tour Return to Ravnica with his intimidatingly complex Eggs combo deck. A brilliant chess player (Czech mates, you see?), Cifka has succeeded in multiple gaming arenas.


Most recently that was MTG Arena, with an audacious Kethis Combo deck bringing him here via the Mythic Championship Qualifier Weekend. Stráský has been a mainstay of European Magic over the last decade, but found himself on the brink of quitting before a Top 8 on home soil in Prague led to a run of success that took him all the way to the Top 4 of the Mythic Invitational earlier this year. Streaming regularly as Honey on Twitch, Stráský has a legion of fans, and the combined brainpower of the two Czech roommates make them a terrific one-two punch this weekend.

Regular viewers will see plenty of familiar faces among our Challengers. Here are quick hits on nine of them.

Oliver Tiu studies economics and history at Boston College, but in between he's been a huge piece of the US professional scene over the last few seasons, and is a former Rookie of the Year.

Aaron Barich is a dominant force on the SCG Tour, currently sitting atop their season leaderboard.

Caleb Durward is one of the premier Magic streamers, with a huge following, especially among the Legacy community.

Kenji Egashira was among the first full-time streamers, and by "full-time" we mean it: he completed a full year of casting without missing a single day. He's also a mighty force in Limited play, looking to secure a big Constructed finish here.

Yuuki Ichikawa may not be the most famous Japanese player, but he's been highly successful, both as a player (Team Series Champion with Musashi) and a full-time streamer.

Gaby Spartz knows how to make Magic fun, and that's part of the reason she has such a fervent following in her career as a full-time streamer.

Dave Williams is a full-time dad, but has one of the sharpest minds in gaming—and also happens to be a past finalist on Master Chef.

There's always more to say. I've mentioned 28 of the competitors here, which means that the winner is obviously going to come from the other 40! Want more to get ready for three days of MTG Arena adventures? There's plenty to dive into.

The full lowdown is in our Mythic Championship V Survival Guide, giving you the stakes, competitors, and timing to watch it all unfold live.

Get to know a little more about all 36 Mythic Championship V Challengers to find your favorite to follow.

See how all four MPL Core Split division winners line up for Mythic Championship V, and why each is eager to earn another top finish.

Esports journalist Corbin Hosler interviewed up-and-coming Challenger Chris Kvartek, poised for a run at making it to the MPL and World Championship.

Catch up with Grace Naces, Caleb Durward, and Kenji Egashira as esports team competitors and Magic streamers ready to take on the field at Mythic Championship V.